Prince Charles Told Princess Diana He Didn't Love Her the Night Before Their Wedding, Says Friend

The claim was made by Diana's friend in ITV's new documentary 'The Diana Interview: Revenge of a Princess' 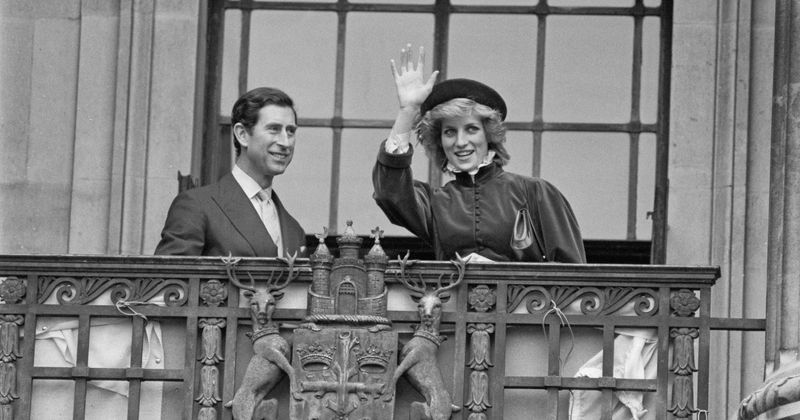 For many Prince Charles and Princess Diana's wedding seemed like a real-life fairy tale coming to life. Surely a prince and princess would end up living happily ever after? Tragically, many of us learn the hard way, that nothing is ever really as it seems. In Diana's case, she learnt the harsh truth early on. A day before her wedding, in fact.  According to Penny Thornton, an astrologer consulted by Diana, Charles allegedly told Diana he didn't love her the night before their big day. The claim is featured in ITV's new documentary The Diana Interview: Revenge of a Princess, airing Thursday in the U.K. 25 years after her famous interview on BBC's Panorama, reports PEOPLE. "One of the most shocking things that Diana told me was that the night before the wedding Charles told her that he didn't love her," Thornton said. "I think Charles didn't want to go into the wedding on a false premise. He wanted to square it with her and it was devastating for Diana." Thorton added, "She didn't want to go through with the wedding at that point, she thought about not attending the wedding."

If this is true, it’s so so heartbreaking. 💔 I can’t imagine what a young Diana would have felt. 😥😥😥

The royal pair tied the knot on July 29, 1981; the Princess once called her wedding day "the worst day of my life" in previously recorded tapes. According to The Telegraph, she also said that she was struggling with the constant battle of trying to live up to her "fairy princess" public image. The tapes were said to have been discovered in 2001 during a police raid at the home of Paul Burrell who was the former royal butler. The contents were considered "explosive" but were soon released. “Because the princes are talking about it, it was considered more OK to release it,” a source told The Telegraph. “Also, there comes a point when something becomes historically interesting so it was decided to let the material speak for itself.”

In November 1995, two years before Diana died she also sat down with BBC1 Panorama to share details of her life not many could grasp. She revealed to reporter Martin Bashir that both she and Prince Charles were involved in affairs during their marriage. When Bashir asked Princess Diana if Camilla was a "factor" in the marriage's breakdown, Diana replied, "Well, there were three of us in this marriage, so it was a bit crowded." The quote broke the image, if it ever persisted, that the royal couple ever had a happy marriage. The candid statement took the world by storm, reports PEOPLE.

Even now after all these years, thinking about poor #Diana makes me want to cry. Hard explaining to younger people how much she was loved. Yet Charles treated her despicably. Most people from my generation will never forgive or forget. #RevengeOfAPrincess pic.twitter.com/dcIhIYXBR1

In another shocking revelation, Princess Diana also confirmed reports that she tried to harm herself. "When no one listens to you, or you feel no one's listening to you, all sorts of things start to happen," she explained. "For instance, you have so much pain inside yourself that you try and hurt yourself on the outside because you want help, but it's the wrong help you're asking for. People see it as crying wolf or attention-seeking, and they think because you're in the media all the time you've got enough attention, inverted commas." She continued, "But I was actually crying out because I wanted to get better in order to go forward and continue my duty and my role as wife, mother, Princess of Wales. So yes, I did inflict upon myself. I didn't like myself, I was ashamed because I couldn't cope with the pressures."

Still, she married him? She must have believed at some point, he would love her which didn't happen.

Whatever glimmer hope Diana may have had to save her marriage would soon be completely shattered. By the time of Prince Harry's birth in 1984, Princess Diana had known that her husband didn't love her at all. The night the little prince was born, she cried herself to sleep. According to The Sun, former butler Paul Burrell, who worked with Diana for ten years until her death, revealed, “I could see the cracks in the marriage getting wider and wider. Diana confided in me that on the night Harry was born, she cried herself to sleep. She said, ‘I knew my marriage was over’.” Burrell also said Prince Charles told her his duty as a husband was “done”. He added, “He’d provided the country with an ‘heir and a spare’, and could now resume his relationship with Miss Camilla Parker Bowles.” According to The Express, Andrew Morton, Princess Diana’s biographer, shared that Diana was “hopeful” Charles’ relationship with Camilla would come to an end. He said, “When I interviewed Diana for her biography, she told me about the moment she stood at the entrance of St Paul's Cathedral. She said she had hope brimming in her heart and as she walked down the aisle as she looked at Camilla Parker Bowles – who she knew was Prince Charles’ mistress. She hoped the relationship was over, sadly it wasn’t.” Camilla and Charles have been married since April 9, 2005.

He never loved her, he only ever loved Camilla. He just treated Diana like a breeding mare to get the heir and the spare and then once his duty was done, he went back to Camilla