Prince Charles is now taking on the duties of his late father as he recalibrates the position of those in line to the throne. 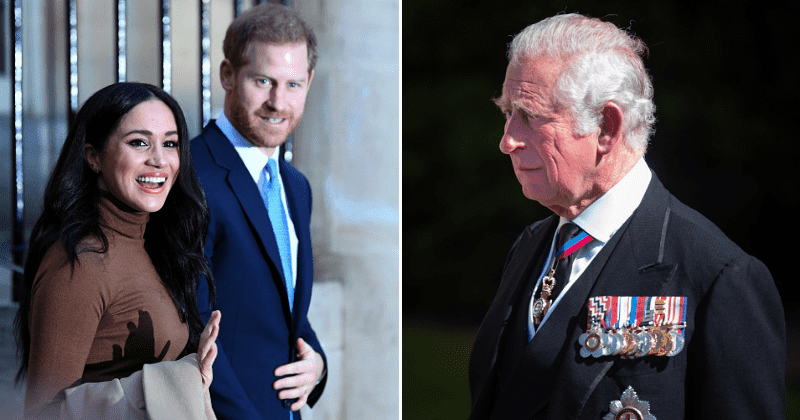 A biographer of the royal family has stated that Prince Charles will most likely be cutting down the royal family as he recalibrates the position of those in line to the throne to help save taxpayers money. Following the death of his father, Prince Philip, the Prince of Wales is now taking on more of his duties. Author Angela Levin has written multiple books on the royal family including the 2018 book titled Harry: A Biography of a Prince and the 2015 book Diana's Babies: Kate, William and the Repair of a Broken Family. She claimed that the royal family structure is in for a change during a talkRADIO interview, and believes Prince Harry and Meghan Markle might not make the cut.

"Prince Charles has wanted for a very long time to cut the monarchy down to save costs and to make people be worth the money that they got from the taxpayer," Levin said, according to The Mirror. "I imagine that might be when Harry and Meghan are ditched from being members of the Royal family." Following the controversial interview with Oprah Winfrey, tensions have been running high between the brothers and father and son. In the tell-all interview, Harry spoke of the royal household in a less than favorable light. His father, brother, and the queen expressed their disappointment in Harry's actions.

Prince Philip's funeral reunited the family who still had a frosty relationship at best. Harry decided to make amends before seeing his family face-to-face for the first time after the split. Charles did not hide his disappointment that his son went ahead with the interview despite his grandfather's fragile condition. Charles and Prince William had expressed outrage at the allegations made by Harry and Meghan in the interview. He has stopped all forms of communication with his son who had to write letters to try and reconnect with him. Having also taken the decision to give up their role as senior members of the family, "ditching" Harry and Meghan would not come as a surprise at all since they have already taken a step back.

Harry and Meghan left the royal household last year to become financially independent and spend more time in North America, reported Reuters. The statement from the royal family at the time, as per Express UK, read: "The whole family is saddened to learn the full extent of how challenging the last few years have been for Harry and Meghan. The issues raised, particularly that of race, are concerning. While some recollections may vary, they are taken very seriously and will be addressed by the family privately. Harry, Meghan, and Archie will always be much-loved family members."

Levin also explained that the familial structure was kept intact for this long by the Queen due to sentimental reasons. She said, "At her age, she didn't really particularly want change which I think is understandable. But he wants to change and I think he will do that." The changes that Levin has predicted that Prince Charles will undertake include royal family members taking on actual jobs as other European monarchs do. Senior royals could be restricted to Charles and Camilla, William and Kate, and their children. "He will also accompany the Queen, it's said she's going to be there opening Parliament on May 11 and Prince Charles will be accompanying her," Levin stated. The queen is believed to be taking a step back from her duties. Levin said, "It'll be quite hard to come back after the pandemic and all the isolation. In fact, she will be grateful for him to be taking over in making I imagine quite big decisions on behalf of the Royal Family."