trending celebrity people lifestyle news animals
Prince Charles Cries At Prince Philip's Funeral, No One Has Ever Seen Him Cry Like This

Prince Charles Cries At Prince Philip's Funeral, No One Has Ever Seen Him Cry Like This

While visiting a public memorial for his father at the Marlborough House Gardens, Prince Charles had an emotional moment. 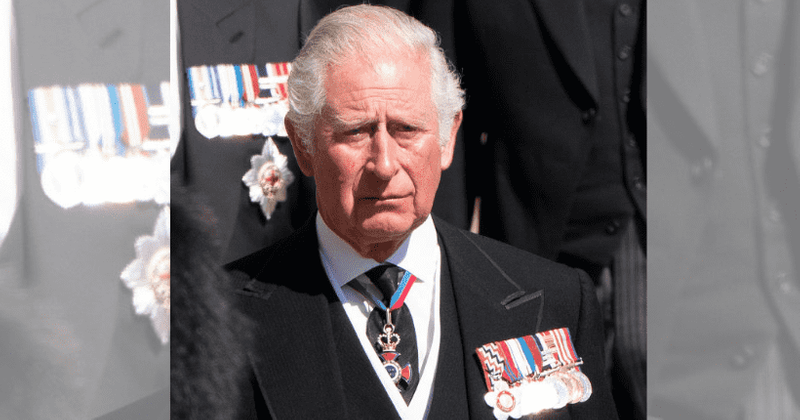 Prince Philip's funeral was marked by emotional scenes as his son, Prince Charles, fought back tears as he looked on during the day's procession and church service. The Prince of Wales joined other close family members that included his siblings—Princess Anne, Prince Edward, and Prince Andrew—as well as his two sons—Prince Harry and Prince William—on the short walk following his father's coffin on a Land Rover from Windsor Castle to St George's Chapel. Charles was seen in a very emotional state as his eyes welled up while grieving for his father. A one-minute silence was also observed for the Duke of Edinburgh where Charles is seen looking extremely sorrowful, During the service his wife, Camilla is seen shuffling closer to her husband as he got teary-eyed once again, according to The Sun.

Following Prince Philip's death on April 9, Prince Charles spoke about missing his "dear papa" in a video broadcast while also highlighting his gratefulness at the outpouring of condolences from people across the world. "I particularly wanted to say that my father, for I suppose the last 70 years, has given the most remarkable, devoted service to The Queen, to my family and to the country, but also to the whole of the Commonwealth," said Charles. He added, "As you can imagine, my family and I miss my father enormously. He was a much loved and appreciated figure and apart from anything else, I can imagine, he would be so deeply touched by the number of other people here and elsewhere around the world and the Commonwealth, who also I think, share our loss and our sorrow."

Charles insisted his father would be "amazed" at the reaction his death has generated across the world. "My dear papa was a very special person who I think above all else would have been amazed by the reaction and the touching things that have been said about him and from that point of view we are, my family, deeply grateful for all that. It will sustain us in this particular loss and at this particularly sad time. Thank you," he said. Prince Charles, along with his wife Camilla Parker-Bowles, also visited a public memorial for his father looking visibly moved, according to Fox 28.  A spokesperson for the couple said after the visit, “Today, the Prince of Wales and the Duchess of Cornwall visited Marlborough House Gardens to view a selection of flowers left by members of the public in memory of The Duke of Edinburgh."

The spokesperson added, "The flowers and condolence messages have been moved from outside Buckingham Palace and within the Royal Parks to the private gardens at Marlborough House. The Royal Parks will continue to move the flowers during this period of National Mourning. Marlborough House Gardens was chosen so as not to encourage crowds from gathering outside the Royal Palaces due to Covid-19.” During an interview with BBC, Charles further highlighted the "astonishing" work done by his father for the Royal family. He said Prince Philip didn't "didn't suffer fools gladly" and added, "His energy was astonishing in supporting my mama, and doing it in such a long time.
"What he's done, amounts to an astonishing achievement, I think."

Earlier in February when Prince Philip was admitted to a hospital, media outlets reported his firstborn leaving the hospital in tears. The Duke Of Edinburgh had been admitted to the King Edward's VII Hospital as a "precautionary measure" after he felt unwell. Hello! reported that Prince Charles stayed beside his father for 30 minutes before making an emotional exit. He was snapped leaving the hospital in his car while wearing a mask and gazing out of the window with his eyes nearly in tears.