Cruel Bride Allegedly Cancels Wedding, Thinks It's Okay To Spend $30K That Guests Donated For It

An elaborate story of family drama was merely a prank gone viral. 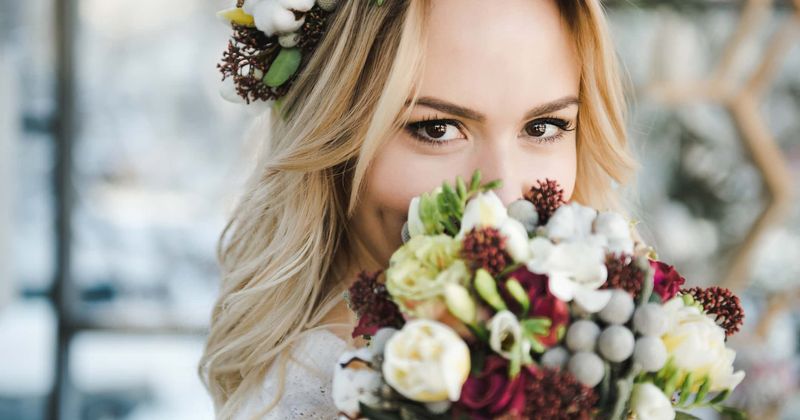 A bride certainly crossed the line and did the unthinkable - she let all the guests for her planned wedding down when she decided to cancel it. Or so people believed when Reddit user joyeuxanniversaire1 uploaded a screenshot from a post on Facebook and it ended up getting over 90K upvotes. The bride allegedly received $30,000 for her wedding where she invited all the guests who had contributed and more. She then goes on to abruptly cancel it of her own accord, without sparing a thought for anyone else.

In the screenshots that were shared, a bride named "Pam" made the announcement that she and her fiancé "Edward" were canceling their wedding which was planned for December 1 of last year. Furthermore, she went on to say she would not be returning the $30,000 that they had received from their family and friends as donation for the special occassion. "Don't worry, the money you've donated will not be spent in vain but rather used towards a honeymoon in the coming months," Pam wrote. "After we regain financial stability and hold calm in our hearts after a honeymoon we will announce a new wedding date and reopen our money fund for any further gifts. Weddings are expensive!"

The bride went on to say that she would be updating the couple's "gift fund registry on Amazon" for vacation gifts in case anyone wanted to purchase anything for their upcoming trip. Pam then reassures her Facebook friends that a new wedding, backed by more financial contributions would be "a HIT". The names of the "commenters" were blurred out in the screenshots posted. However, they were all identified by their relationship to the bride and groom which provided the context for the entire story.

Several more screenshots of supposed comments from Pam's post appeared on the website CapturedIt.club, who also reported the story. An update to the post on Reddit also included eight new screenshots of the thread, however, these were all stamped with a "capturedit.club" watermark which the first ones didn't have. BuzzFeed News reported that the website was brand-new, and was created the same day that the Reddit post was made.

“Immediately after the post’s popularity, the Redditor was bombarded with notifications, mostly from people dying to get an update, like this guy. We feel you, Mr. Soup-yCup!” an update on CapturedIt read, using screenshot of the private conversation Mr.Soup-yCup had with original Redditor to show how people were hungry for more drama.

The screenshot of private chat of the Redditor with Mr.Soup-yCup on the website along with watermarked  "updates" posted to Reddit made people suspicious and  they began to wonder if it was a fake story. It was pointed out by one observant user that there were no reactions, likes, or dislikes in any of the screenshots, which also felt a bit weird, considering that the content was nothing short of outrageous. Users began to search for a GoFundMe page that featured a "Pam" or an  "Edward" but could find no registry that had a wedding on December 1 in their names.

Soon after these concerns were raised to the website and the entire thread began to erupt on Reddit, the original post was deleted and everything on CapturedIt.club was taken down except the homepage.On the homepage of the website lies a grinning emoji with the caption: "BEN HOBBS PRANKSTERS".

They certainly saw to the basics well as the average wedding cost in the United States is $33,391. However, they failed to take other factors into account, which ended up failing their rather elaborate prank.The website has since been taken down and it was a victory for fact-checkers and those with gifts of observation on the internet.

So #fakenews is bad, but it's OK for marketing? See where I'm going with this.