'Playboy' Wants Dolly Parton On Its Cover For Her 75th Birthday: 'Boobs are still the same'

Earlier this year, the country singer admitted she wanted to recreate her 'Playboy' cover from 1978. 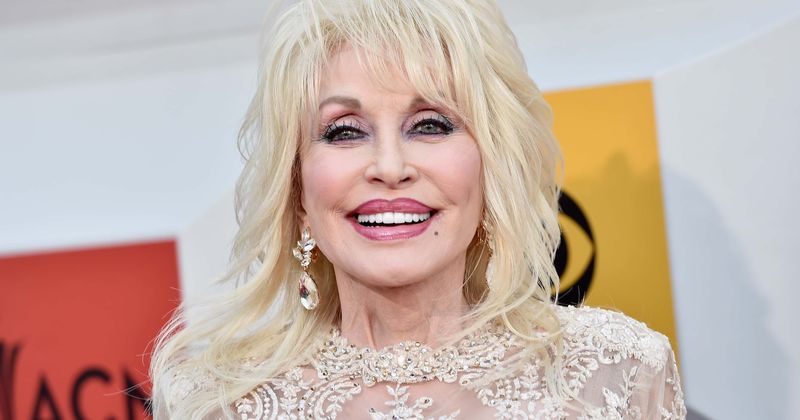 Dolly Parton is a national treasure and she's looking to pose in Playboy... #TMZLive brings the story today at 2p on FOX 26! pic.twitter.com/HjzizeQyNZ

Parton was the first country star to grace the cover of the magazine. Prior to shooting for the original cover, her contract included ‘very specific parameters that did not include nudity’, as per Parton’s official website. She reportedly said, “I have been asked, back in the day, but that was so totally not me. I would never do that… But that was a good article they ran in there, and it was just a fun thing to do. That was just another way I was trying to market myself, at that time, to kinda get in the mainstream…”

The "Jolene" singer appeared on the magazine's October 1978 cover, wearing a strapless top, a bowtie, and bunny ears. She was 32 years old at the time. As we reported, earlier this year, Parton told 60 Minutes Australia she has no plans to retire. "I just turned 74 and I plan to be on the cover of Playboy Magazine again. See I did Playboy Magazine years ago and I thought it’d be such a hoot if they’ll go for it – I don’t know if they will – if I could be on the cover again when I’m 75," she said. According to EW, when asked if she'd wear the same outfit on the new cover, Parton joked, "Maybe! I could probably use it. Boobs are still the same." About her cosmetic procedures, she added, “I’ve had about all the nips and tucks I can have," Parton said. "The good part with me though, I have my own look. I look kind of cartoonish and cartoons don’t really age that much.” She once famously joked on Twitter: It costs a lot to look this cheap.

According to ABC News, Parton won't necessarily be the oldest person to grace the cover of the magazine if she were to be on it next year. In 2019, 77-year-old model Victoria Valentino posed on the cover, a callback to her original 1963 spread that she appeared in when she was 20. James Bond star Jane Seymour appeared on the cover of the magazine at the age of 67 in 2018. "I feel much sexier now than I ever did when I was younger," revealed Seymour, reports E! Online. "There's enormous freedom in having lived as long as I have." It's clear in recent years, women aren't letting their age stop them from doing what they love.

I so love Dolly! She has the Best attitude towards life.. she deserves a shot again at 75. She's still Beautiful as ever at the age of 74. GO FOR IT DOLLY.. YOU GOT THIS GIRL.

Not only is Dolly Parton loved for her cheeky sense of humor and incredible talent, but she's also done so much to help people in need. She's given away over 100 million books to children and calls herself the "book lady". Earlier this year, she made a $1 million donation to Vanderbilt University to fund their ongoing Coronavirus research. "My longtime friend Dr. Naji Abumrad, who's been involved in research at Vanderbilt for many years, informed me that they were making some exciting advancements towards the research of the coronavirus for a cure," she wrote in a statement.

I am making a donation of $1 million to Vanderbilt towards that research and to encourage people that can afford it to make donations.

BBC reports that the singer had given money to research into one of the most promising COVID-19 vaccines—one of the trial sites for the Moderna vaccine, which is said to be nearly 95% effective. Speaking on BBC One's The One Show on Tuesday, Parton said she was "so excited" to hear the news." I'm sure many millions of dollars from many people went into that," she told co-presenters Alex Jones and Jermaine Jenas. "But I just felt so proud to have been part of that little seed money that will hopefully grow into something great and help to heal this world." "I'm a very proud girl today to know I had anything at all to do with something that's going to help us through this crazy pandemic," she continued. A Vanderbilt spokesperson said Parton's "generous" gift was helping "several promising research initiatives". All the more reason to love this legend.

And don't forget donating over a million books to children.

Disclaimer: Information about the pandemic is swiftly changing, and Shared is committed to providing the most recent and verified updates in our articles and reportage. However, considering the frequency in developments, some of the information in this article may have changed since the time of publication. Therefore, we encourage you to also regularly check online resources from local public health departments, the Centers for Disease Control, and the World Health Organization.