The song was slammed for encouraging men to make physical advances on women without their clear consent. 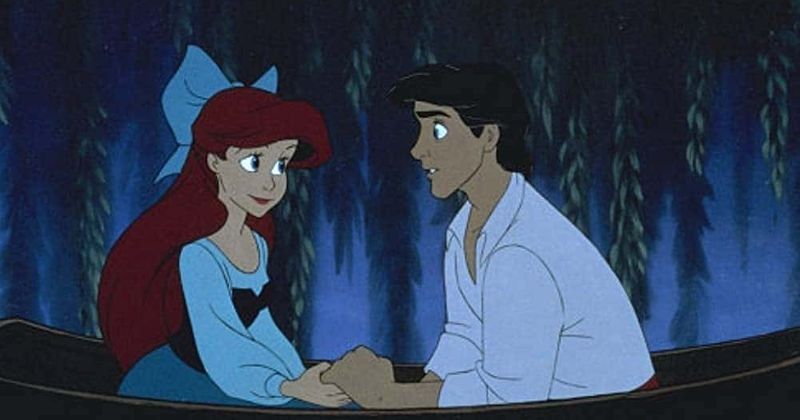 More and more people are now finding themselves having polarizing views when it comes to old, beloved films. While some believe films are being judged too critically nowadays, others believe it's important to point out problematic themes in popular works of art. A lot of Disney films have come under the radar in the recent past, including the seemingly innocent 1989 film, The Little Mermaid. We'll be honest we absolutely love this film and still sing along to the catchy songs in the film, but we do feel some themes of the film are a little problematic. We loved Ariel while growing up, but now come to think of it, wasn't she a bit too obsessed with Eric, quite literally ready to give up her voice for him? Actress Keira Knightley isn't a fan of some of Disney's classics like The Little Mermaid, even though she admits the songs are good. The actress told Ellen DeGeneres during an appearance on her talk show that she isn’t letting her young daughter watch certain Disney princess films because they are not empowering to women. “Do not give your voice up for a man!” Knightley pointed out, referring to Ariel.

“The Little Mermaid” is a beloved Disney classics, but Keira Knightley has banned it in her home: “Do not give your voice up for a man!” https://t.co/Y64pFbUC6B pic.twitter.com/yq6h4bNgPs

Some other points people have come up with is that the film and one of its songs are misogynistic. It all started when a student wrote about it in a students' newspaper column, calling the song "Kiss the Girl" from the Little Mermaid sexist that also promotes 'toxic masculinity.' Here's a quick refresher on what the song is about. Sebastian the crab sings the song as he encourages Prince Eric to kiss Ariel, who can’t talk because she exchanged her voice in order to become human for him. “My oh my/ Look like the boy too shy/ Ain’t gonna kiss the girl,” the crab sings with help from other sea creatures. “Ain’t that sad?/ It’s such a shame/ Too bad/ You’re gonna miss the girl.” Other lyrics include, “Don’t be scared/ You better be prepared/ Go on and kiss the girl.”

An all-male Acappella group at Princeton University agreed to the claims and even pulled out the Disney classic from their act. During their performances, a female audience member would be brought onstage to decide whether or not a man from the crowd could kiss her. According to Billboard, Noa Wollstein, the girl who wrote the column, claimed that the song's message is misogynistic, and too many women have faced troubles because of the song. "I have seen a queer student brought on stage have to uncomfortably push away her forced male companion," she wrote, continuing, "I have heard of unwilling girls being subjected to their first kisses. I have watched mothers, who have come to see their child’s performance, be pulled up to the stage only to have tension generated between them and the kid they came to support.” Some people pointed out that the problem was not the song or the movie but the act of bringing women on stage who felt pressured.

the song in the context of the scene is fine. ariel wants to be kissed. the problem is the performance where they were bringing up women onto the stage and pressuring them to be kissed. wtf is that sh!t.

Brown, a senior at Princeton, addressed the issue saying, “Performances of this song have made participants uncomfortable and offended audience members, an outcome which is antithetical to our group’s mission and one that we deeply regret.” Wollstein also criticized The Little Mermaid song for “unambiguously encourage men to make physical advances on women without obtaining their clear consent.” “Removed from its cushioning context of mermaids, magic, and PG ratings, the message comes across as even more jarring,” Wollstein wrote.

Others disagree saying the film wasn't as sexist as critics claim.  Eliana Dockterman and Laura Stampler rewatched the film and their comments were published in TIME magazine. Eliana says, "the fact that she can’t talk isn’t great. But it’s Ursula—the villain—who tells Ariel that men don’t value women talking so it won’t matter if Ariel loses her voice." To which Laura replies, "And yes, it’s also not great that Ariel is willing to give up her voice for the chance to get a man who plays a mean flute — watch the movie again, he plays the flute a lot — but she is a 16-year-old girl. As a former 16-year-old girl, we don’t always make the greatest of choices in times of crushing." Oh, well! Fans can look forward to the live-action film that's currently in the works.