Monkey Tail Beard Is The Facial Trend Of 2021

Men are now trimming their beards into the shape of a monkey's tail. 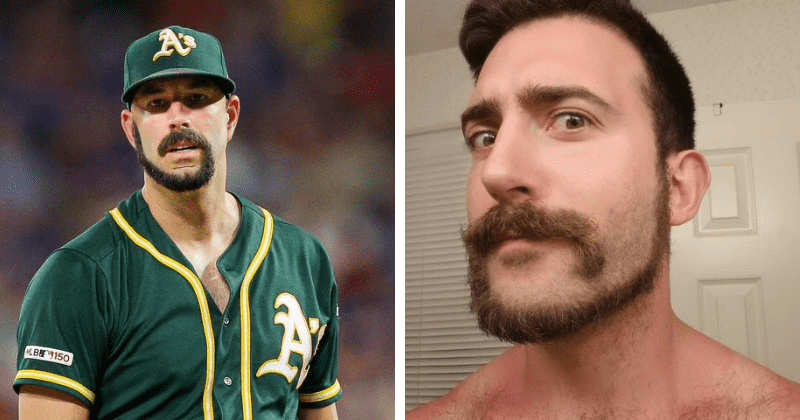 Love a good beard? Always been wanting to experiment with its shape and style? You might like the monkey tail beard. Swap a regular beard for a pattern inspired by the curled tail of a monkey! Men on social media are now showing off their "monkey tails" and encouraging others to do the same. Apparently, it's also known as the cat tail beard and involves grooming your beard and mustache into a long tail-like shape. It begins at one sideburn, runs down the jawline, along the chin. Then it curls up around the side of the mouth, finally ending up on the top of your lips.  One of the most popular people to sport this look is Mike Fiers, the pitcher of the Oakland Athletics. While some have found the look rather bizarre many have also found it quite creative and cool. The beard style has gained popularity amongst men who don't mind experimenting with their look. What do you think? Have a look at some styles below!