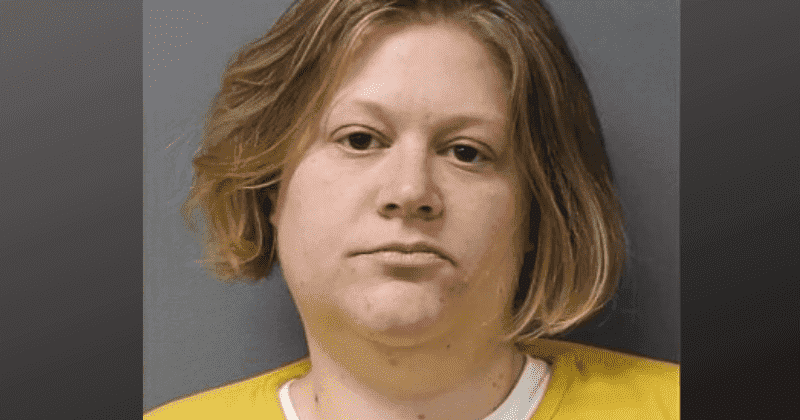 Trigger Warning; The story has details of murder and bestiality that readers may find disturbing

Lisa Rachelle Snyder, the Pennsylvania mother who was charged with murdering her two kids after they were found hanging in the basement of their home might face the death penalty if convicted for her crimes.  A formal arraignment of Snyder was placed before Judge Paul Yatron of Berks County on March 12, reports The Morning Call. She is set to appear before the court for a procedural hearing on Monday.

Snyder's two children - 8-year-old Conner and 4-year-old Brinley Snyder were found hanging in their home last year in September. Snyder painted a picture of the two having made a suicide pact and ending their lives together. According to her, her son had faced bullying at school and blamed the same for him deciding to end it all.  He decided to convince his sister to end her life with him because he did "not want to go alone", Snyder had told the investigators. However, there were a lot of inconsistencies in her account of their deaths.

She was charged with first-degree murder, third-degree murder, endangering the welfare of children, and tampering with evidence in December 2019. The prosecutor in the case filed five aggravating factors that elevate a homicide to a capital case. Some of these include the argument that there were multiple victims, that the victims were under the age of 12, according to Margaret McCallum, Chief Deputy District Attorney in her filing. She also argued that deaths were committed in the perpetration of another felony. During the investigation, detectives also found she had engaged in bestiality with the family dog and was separately charged for the crime.  Pictures of her having sexual intercourse with the dog were found while the investigation into the murders was going on.

She will find the same end in prison. Prisoners hate child abusers.

We had reported before about how investigators found out that Snyder had been behind the killing of her own children. On the day of the killing, she was the one who had called 911.

Few weeks before the children were found dead, she had spoken to her friend about being depressed and said she "didn’t care about her kids,” according to the investigation. Her internet search history also aroused a lot of suspicions. Some of these included searching for information about death by hanging as well as using carbon monoxide for poisoning.

What a shocking story! I can’t believe it! #LisaSnyder

She also followed true crime television programs and was interested in dramas about getting away with murder. One day before the hanging, Snyder had ordered the dog leash that was found wrapped around the necks of Conner and Brinley.  She had picked it up from the Hamburg Walmart, just a few hours before the children were found in the basement, the police investigation revealed.

McCallum also said that Conner was "incapable of doing this to himself. He was incapable of doing this to his sister.” An occupational therapist who worked with Conner at Greenwich Elementary told police that the boy lacked the ability and the dexterity to fasten the lead into two nooses. Claims of bullying were also checked with investigators speaking to teachers, students, and the school bus driver who dropped Conner on the day he was found dead.

Their stories contradicted what his mother had told the cops. A video from the school bus even showed Conner laughing and boisterously playing with the boy who Snyder claimed had bullied her son. John Adams, the Berks County District Attorney who had been at the December hearing of the case had stated, "The video shows no sign that Conner was in distress whatsoever. In fact, from the video, he appeared to be a happy child."