Pastor Secretly Films Men Using The Urinal In His Church

The incident occurred on April 28 when members of the Church of God on River Road in Morgantown told deputies that they found a smartphone recording them. 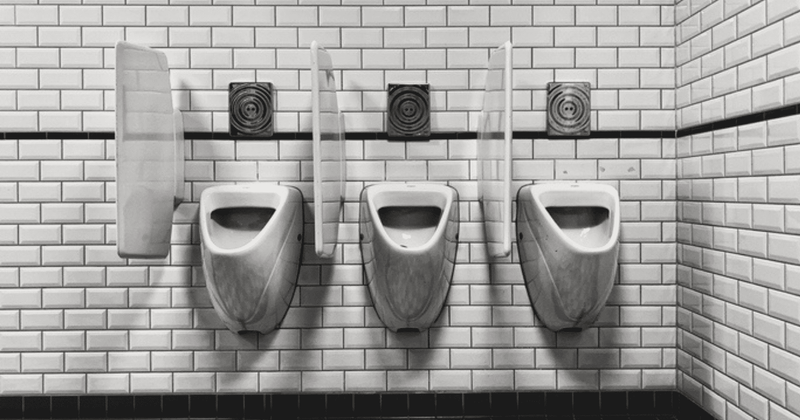 A pastor from West Virginia has been arrested for secretly filming parishioners in the men's restroom of the church. William Page, 59, was taken into custody after churchgoers raised a criminal complaint after they found a smartphone placed upon a ledge above a urinal, 12WBOY reports. The incident occurred on April 28 when members of the Church of God on River Road in Morgantown told deputies at the Monongalia County Sheriff's Department that they found the smartphone recording their activity.

A West Virginia Pentecostal pastor named William Page has been arrested for secretly filming men using the urinal in the church restroom. Please note Pentecostal's are a branch of Christianity that are against LGBTQ rights. #Hypocrite

When police took possession of the phone, they found that it belonged to the pastor and found "videos of two males using the restroom" along with clips of Page trying to set up the device. Deputies revealed that the videos "were captured without the victims’ consent in a place where privacy would be assumed." The pastor has since been charged with a misdemeanor invasion of privacy. According to LGBTQNation, the church's social media handles did not point to a website for the church in question which instead included a link to the site for the Church of God. Per Friendly Atheist, Page surrendered himself to the police station and was later released on a $15,000 bond. If found guilty of the charges, the pastor could face up to a year in jail or a $5,000 fine.

Theoretically, religious fundamentalists are opposed to child rape and yet this pocket of humanity produces so many pedophiles.

Instances of pastors getting involved in sexually predatory behavior have not been uncommon. We had reported earlier about a former pastor from Tennessee who was convicted of raping his adopted teenage daughter. However, instead of the 72 year-sentence that is usually given in such cases, David Richards, 41, was only given a 12-year-sentence by a Knox County judge because he was a "man of God." The judge felt the pastor's past work in his ministry and the support he still received somehow justified a lighter sentence. However, people were enraged at the sentence and the judge. Many felt that the minor not only had to deal with the lifelong trauma from such horrid abuse, and now the justice system had failed her. Richards however remained defiant throughout the case and denied the rape.

I detest organized religion more every day. I believe in God, Jesus. I believe God’s word. I know I fall way short of His ideal. I do not force my beliefs on anyone.

According to KATU, the rapes began when the victim was just 14 years. The girl named Amber Richards chose to identify herself and speak following the sentencing and said the pastor had reportedly texted her about taking the relationship "to the next level." According to the Knox News, Amber who was in court with her biological parents and many supporters said during the victim impact statement, "I wanted to throw my body away. Not a day goes by that I don't, in some way, think of what he did to me. ... I firmly believe if given the opportunity, he would victimize another young girl."

No surprise there. As a former Evangelical, I can add that many of us gays look for "healing" within the church. Instead, abuse of power becomes rampant.

Speaking during his sentencing, Richards said that the rape allegations against him were because he tried to impose stricter rules for his children. "I stand before you convicted of crimes I did not commit. I simply believe the system just erred in this case. I'm not sure why I'm here. ... but I assume it's for His purpose," said Richard. DNA evidence was found from seminal fluid on the girl's bed frame. Richards was found guilty of a total of nine felony counts including rape, sexual battery by an authority figure, and incest. Judge Sword spoke about Richards' longtime work in the ministry including beginning a Bible study for inmates at the Knox County Detention Facility while he was lodged there.

You can't make this stuff up...I'll bet his next sermon will be a doozy