Ozzy Osbourne Once Tried To Choke Wife Sharon To Death

Their relationship goes way back to 1971. 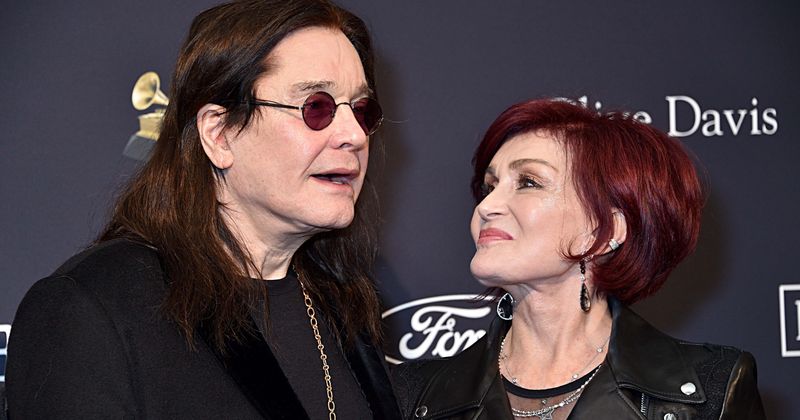 The Talk co-host Sharon Osbourne and her husband, Black Sabbath frontman Ozzy Osbourne, have been married for nearly four decades. The two tied the knot in 1982 and share kids Aimee, 37, Kelly, 36, and Jack, 35. Sharon's father was music executive Don Arden, who, coincidentally, had just signed Black Sabbath when Sharon was 18 years old in 1971. "Ozzy walked into my father's office without shoes, with a water faucet dangling from his neck and sat on the floor," she told PEOPLE. "I was terrified." Years later, Sharon took on the role of his manager when he decided to pursue a solo career and by 1982, they were married. "She was always a very classy woman, smart and outgoing," Ozzy previously told PEOPLE. "I came from a totally different background, not as wealthy or educated, and I thought she was an impressive woman. Then one thing led to another, and I fell in love with her."

But the '80s were a rocky time for the couple. Sharing a terrifying incident in the documentary Biography: The Nine Lives of Ozzy Osbourne, the couple spoke about the 1989 encounter where Ozzy almost choked Sharon to death while he was on several drugs. In the film, Sharon, 68, shared. "We'd had a couple of fights and you can tell it was building to something, you could just feel it. I just knew it was coming." Talking about Ozzy on drugs, she said it was like "night and day." He was "very rarely calm" but during this incident, he was. "It frightened the s— out of me," she said. Ozzy, 72, revealed that it was the "calmest I've ever felt in my life. It was like serenity. Everything was just peaceful."

The terrifying encounter took place when Sharon was reading a book after putting her kids Aimee, Kelly, and Jack to bed. That's when Ozzy came into the room but he didn't seem like the man she knew. "I had no idea who sat across from me on the sofa but it wasn't my husband," Sharon said. "He gets to a stage where he gets this look in his eyes where his shutters are down and I couldn't get through to him. He just says, 'We've come to a decision that you've got to die,'" she added. He then dived at her and began choking her. "He was calm, very very calm and he lunged across at me," she recalled. "I felt the stuff on the table and felt the panic button and just pressed it. Next thing I know the cops were there." When the interviewer asks the "Crazy Train" singer, "Do you feel uncomfortable talking about it?" Ozzy responds, "It's not exactly one of my greatest f—ing achievements."

"That day when I woke up in this little single cell with human sh-- up the walls — and I thought, what the f--k have I done now? Has one of my practical jokes backfired? So I asked a police officer," he recalled to The Evening Standard. "I said: 'What am I here for?' I hadn't got a f---ing clue. It's the most horrific feeling. He read me a piece of paper, and said, 'You're charged with attempting to murder Mrs. Sharon Osbourne.' I can't tell you how I felt. I just went numb." Ozzy ended up spending three months in rehab and Sharon decided not to press charges.

The couple continued to brave the storms together as they have been all these years. There's been infidelity, cancer, Parkinson's, drug and alcohol abuse among other difficult times, but they've been there for each other through it all. The couple hit a bump in 2016 when the two mutually decided to split after 33 years of marriage. Two months later, however, they were spotted in Los Angeles together and, in July of 2016, Sharon told The Talk co-hosts that she and Ozzy had officially reconciled. At the time, she told the audience, "I forgive. It’s going take a long time to trust, but we’ve been together 36 years, 34 of marriage … I just can’t think of my life without him." In 2017, the couple renewed their vows saying that they had fallen in love all over again.