James Fairbanks, 43, killed Mattieo Condoluci, 64, on Saturday and was arrested on Tuesday. 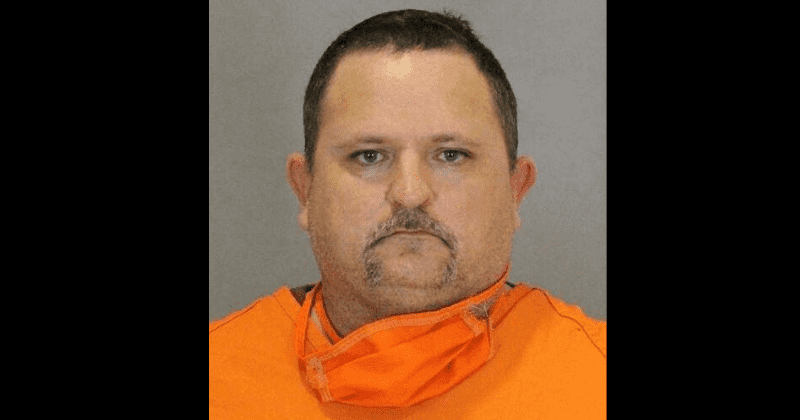 Trigger Warning: This report contains descriptions of murder that some readers may find disturbing

A man in Omaha, Nebraska has been charged with murdering a registered sex offender inside his house, allegedly because he felt the latter could do harm to other people. Police have identified the victim of the deadly shooting in northeast Omaha as Mattieo Condoluci, 64, who was found shot dead at his home at around 11:15 a.m on May 16, according to a Fox 42 report. Investigations into the shooting revealed 43-year-old James Fairbanks to be the shooter and he was arrested on Tuesday. Fairbanks has been charged with criminal homicide. His ex-wife, Kelly Tamayo, said that he had confessed to the murder to her on Monday and was preparing to turn himself in and take full responsibility for his actions. She also said Fairbanks had killed Condoluci out of "goodness" and to "protect people."

Fairbanks has no previous offenses according to court records, although Tamayo did file for protection orders against him when they were going through a divorce in 2018. She explained that Fairbanks first learned about Condoluci's record when the latter was searching for a house in the neighborhood. Condoluci had been arrested in Florida for attempting to sexually touch a child under 16 in 1994. In 2007, he was also arrested in Nebraska for sexually assaulting a child, according to the Nebraska Sex Offenders Registry. As per the records of the Douglas County Sheriff's Department, his last compliance check on March 2, 2020. Tamayo said that Fairbanks had spent years working with abused children and felt it was an obligation to act to protect them in a manner that he felt fit.

James Fairbanks (L) is in jail tonight. Police say he is a suspect in the death of Mattieo Condoluci (R)

Prosecutors also believe Fairbanks is behind an anonymous email sent to local news outlets yesterday admitting he murdered Condoluci because he was a convicted sex offender. pic.twitter.com/z71yNkDg8o

According to representatives of the Omaha Public Schools, Fairbanks used to work in a middle school alternative program at the time of the incident. Following the incident, he has been placed on administrative leave. “He was dedicated to helping kids who are vulnerable and had special needs, he worked with them for his whole career in schools, in correctional facilities, in group homes,” said Tamayo. Speaking about Fairbanks contacting her one day before he was arrested, she said, “Jim contacted me yesterday afternoon to tell me he had killed a child molester." She added, "He said he was in preparation of turning himself in and he had sent an email already to the police department. He was ready to take full responsibility for it, he knew what the consequences were.” Tamayo also said that Fairbanks had seen Condoluci acting suspicious and looking at kids.

I fully understand that he was wrong and he shouldn’t have killed him. But I also can’t say I wouldn’t give him a fist bump if we crossed paths

She said he was also concerned when he had installed a wooden playhouse and a swing set in his backyard. Condoluci's landlord told the channel these were installed by his tenant a year ago when his brother and his nephew came for a visit. They came from outside the state, the landlord said, while also revealing that Condoluci had lived in the home before for nearly 10 years and was someone who predominantly kept to himself. The landlord did not want to be identified.  “He [Fairbanks] knew that that man was living there. Then just by driving by he had observed, apparently, this guy looking at children again or acting suspicious,” Tamayo said. Despite clear evidence of murder, Tamayo said she hoped people saw the reason Fairbanks committed the crime and acted the way he did.

“I just pray for understanding and leniency when it comes to his consequences because he is a good man and he was acting out of the goodness of his heart to protect people.” Fairbanks is being held at Douglas County Corrections for criminal homicide.