Old Karen Disapproves Young Woman Dancing In Public: "This Is Not A Burlesque"

The woman kept yelling it’s "illegal to do this" while threatening to call the cops on the woman who was dancing and minding her own business. 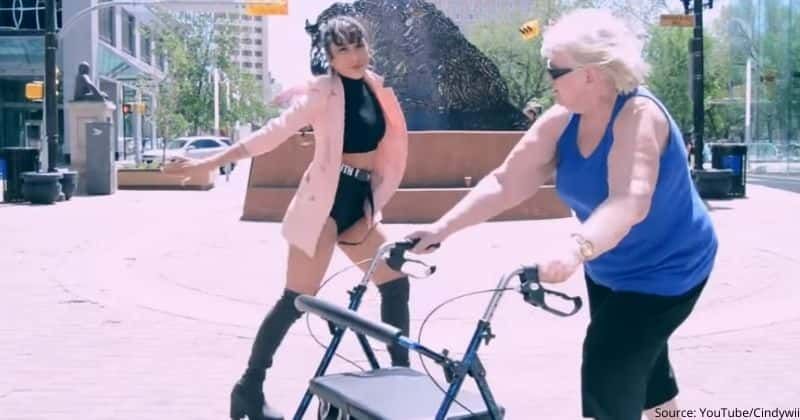 Some people just can't seem to accept the fact that other people are out there having some fun while minding their own business. In 2018, YouTuber Cindywii filmed a video of her in Regina, Saskatchewan. The woman was dancing to the Korean girl group BlackPink's hit song "DDU-DU DDU-DU" when she was interrupted by an old woman who firmly believed dancing to K-pop was illegal. After the entire cover, the video cuts to a screen that has "shi*t sometimes I have to deal with" written on it, according to GOD. In the video, the dancer is clearly focused on her complex routine, trying to get it done when the elderly woman approaches her.

The word "Karen" has now become common modern-day parlance. It is often used to represent any White middle-aged women who by her sheer sense of entitlement and privilege belittles others, particularly people of color. It also became synonymous with a particular type of hairstyle that is typically short. In the video, we see the old lady barge in the middle of her routine demanding to know "what’s going on here." Despite the interruption, Cindy remains focused, but the woman wasn't done. Karen then walks around her and the camera twice, as repeatedly says, "this isn't a burlesque." She then yells some cuss words and then tells her: "I’m going to call the police." A running text on the video tells us that the old woman throws out a claim that it’s "illegal to do this," and even threw racial slurs which were omitted.

It boggles the mind that an elderly woman could get so easily triggered by watching a complete stranger simply dancing and not offending anyone, well, except for her.  Cindy notes that the woman is  "murdering" the routine, which she absolutely did! The outtake of the video was recently shared on Reddit and fellow users had a lot to say about this ridiculous incident. One user shared: "Filmed in Regina Saskatchewan. It’s pretty much the Canadian equivalent to the footloose town." Another added: "Grew up there: can confirm. I literally was waiting for the racist slurs to come in cause yup...that's how the people are there. Old, racist, and ignorant AF."

A third commented: "Agreed. As a Canadian, I live with a LOT of shitty human beings. But maybe not as much as other people in this world. Our population per capita is a lot less than other countries." Even on YouTube, there were so many comments, complementing Cindy for remaining calm even though she was unnecessarily ambushed by the old lady. One wrote: "Also props to you for staying so calm at the end. I would have snapped back. First of all, it's so disappointing how rude people really are. If you don't like it, WALK AWAY. You don't have to watch! Ugh, I could keep going on about this, but I won't because you're an amazing dancer and you did awesome on this cover and that lady is just a miserable person I guess."

Another added: "Okay wow you were great as ever, but I'm so sorry that you had to deal with that rude lady! So unnecessary, jeez some people need to just chill." There are just too many stories of Karens to recount, but one Los Angeles artist came out with a clever idea to make a scary Halloween mask representing Karen. And it's not just a clever idea but one that has come at the apt time. These were being sold as "The scariest thing you can be on Halloween!!!!" and one look at it you would probably think it's not a lie. His masks come at a price of $180. We admit it is not cheap by any stretch but for anyone that wants to make a unique statement, this is quite a good buy. You can read more about it here.