The news was announced by the actor's son Michael on Tuesday. 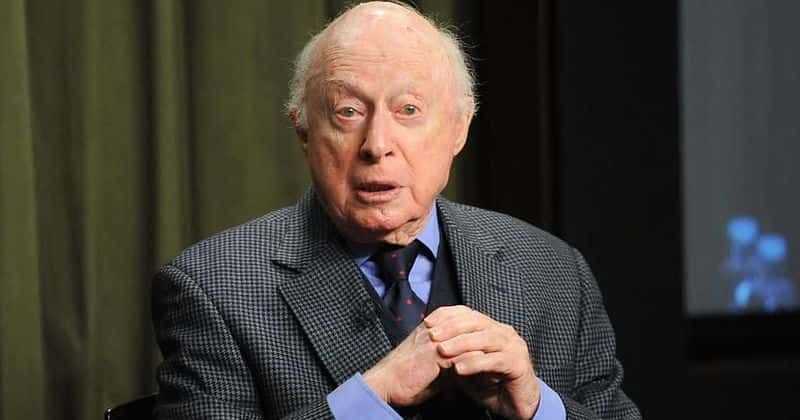 Norman Lloyd, known for playing Dr. Daniel Auschlander on St. Elsewhere, has passed away. He was 106. Lloyd's son, Michael Lloyd, confirmed the news on Tuesday that he died of natural causes at his home in the Brentwood neighborhood of Los Angeles. The veteran actor was a distinguished presence on stage and screen and was among the greats such as Orson Welles. One of his earliest credits dates back to 1939 when he started in the TV drama, On the Streets of New York, and he was also seen in a featuring role in Modern Family and The Practice, NBC News reports.

Born in New Jersey on November 8, 1914, Lloyd started his acting career in New York in the 1920s during which he was a regular with Welles' Mercury Theater, which became the groundwork for the acclaimed director's future successes. His first break came when he played Cinna the Poet in a 1937 adaptation of Shakespeare's Julius Caesar. He was even cast by Welles as the infamous Citizen Kane but exited the project owing to budgetary concerns, per Deadline. For most TV viewers, Lloyd is memorable for being the calm presence playing Dr. Daniel Auschlander at St. Eligius Hospital in the 1982 NBC drama series St. Elsewhere. Originally, his character was only supposed to appear in a few episodes, but his acting made him a series regular and he went on to stay for the show's entire six-season run.

In 1937, Norman Lloyd played Brutus in CAESAR, the first ever production from Orson Welles’ Mercury Theater.

His most notable credit was playing the villain in Alfred Hitchcock's 1942 epic Saboteur in which he plummets off the Statue of Liberty. Three years later, he went to star in another one of Hitchcock's classic Spellbound. Some of his other important movie credits include Charlie Chaplin's Limelight, Jean Renoir's The Southerner, Dead Poets Society with Robin Williams, and Gangs of New York with Daniel Day-Lewis. Lloyd married Peggy Craven in 1936 after meeting her for a play. The duo was married for 75 years until her demise at the age of 98 in 2011.  Even though Lloyd was 5'5" tall, he was known for his non-stop energy, which enabled him to follow his passion for playing tennis even into his '90s.

Farewell to Norman Lloyd. Always a wealth of great advice and good humor. We cast him in "Dead Poets Society" and he became a friend when I moved back to LA. An amazing life and always open and up for anything, even as he was over a century old! RIP, bud. You are already missed😔 pic.twitter.com/M3oOO5X8mM

In 2014, the Los Angeles City Council recognized his 82 years in showbiz and proclaimed his November 8 birthday as "Norman Lloyd Day.' On social media, friends and fans fondly Lloyd's personality and his contribution to the industry with heart-warming tweets. Sports commentator Keith Olbermann wrote: "My dear friend Norman Lloyd has died. He was 106. He would quote things Chaplin, Hitchcock, and Judd Apatow said to him - in the same sentence. He saw his first World Series game in 1928 (“Babe Ruth tore his pants! We roared!”) and his last in 2017." Michael McKeen added: "Got to meet Norman Lloyd once about 20 years ago when he was a mere pup of 86. Run your eye down the man's credits as an actor & director and salute the Real Deal. RIP."

It’s not very often that you read an obituary of somebody who worked with so many screen legends from the 1930s through to 2015, but Norman Lloyd’s career is extraordinary, stretching from Chaplin, Orson Welles and Hitchcock right through to Judd Apatow! https://t.co/v5ovHroK30

Comedian and actor Ben Still wrote: "What a career. From Welles to Apatow. #RIP Norman Lloyd." Director Judd Apatow, who worked with Lloyd on Trainwreck, paid his tribute and wrote: "This is how we all felt being around Norman Lloyd." Rosanna Arquette, who credits Lloyd for being there for her when starting out, shared: "Oh Norman Lloyd you were so kind to me when I was a kid starting out may you Rest In Peace dear man."

An amazing career. I became a huge fan from his work on St. Elsewhere. He was fantastic.