Police have asked people with any information to come forward via 713-274-9100 or @CrimeStopHOU. 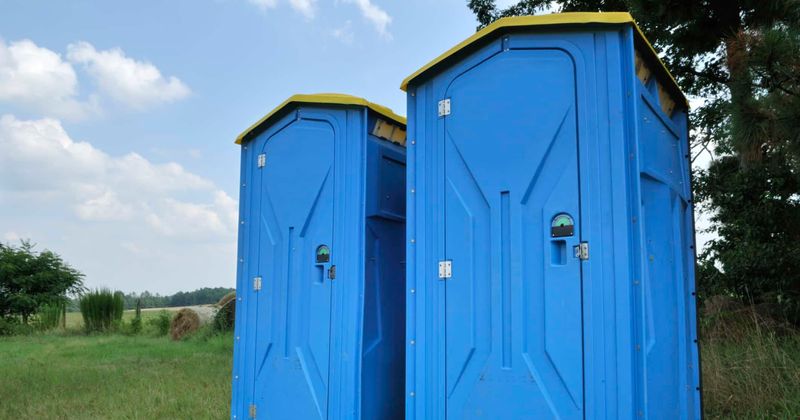 Trigger Warning: The story has details of child abandonment and child death that reader will find disturbing

A dead baby was found inside a porta-can in Houston, Texas. Police are on the lookout for the person responsible for the act and have asked the public for any leads. According to a tweet by Ed Gonzalez, Sheriff Of Harris County, deputies responded to a call and reached the 18000 blk of Riverside Drive, near Highway 90. They found the body of a "deceased newborn" inside a porta-potty at the location. During a press briefing at the site, Susan Cotter, Harris County Sheriff’s Office Patrol Bureau Major, said the baby was found by workers of the cleaning company when they came to clean the porta-can on Monday morning at around 9.30 a.m. The child's "umbilical cord was still attached," she added. When asked about the baby's age, Cotter said the child appeared to be "full-term."

Investigators say service workers were emptying out the porta-potty when they found a full-term baby with the umbilical cord still attached.​ https://t.co/cYhKdKAZDG

There were no suspects at the time and she was seen appealing to the public to come forward if they had any information. Cotter further highlighted the site of the crime was a "recreational place" where people went swimming. She said due to the holidays the weekend was crowded but on Monday it was pretty much deserted. In another tweet by Gonzalez, he further revealed the baby was appeared to be "a Hispanic male." A report in ABC13 highlighted that the county medical examiner will conduct an autopsy of the baby.
Nothing has been found yet on the baby's mother and information on surveillance cameras in the area. If anyone has any information, contact 713-274-9100 or @CrimeStopHOU. They can also contact the Harris County Sheriff's Office.

Media briefing from @HCSO_Patrol on the deceased newborn found in the 18000 block of Riverside Drive. #hounews pic.twitter.com/0g99m6BtuQ

Despite all states in the country bringing in "Safe Haven" laws that allow new parents to relinquish their baby's in various circumstances without any legal consequence, the incidence of child abandonment still is high. We recently wrote about a baby boy found in an empty field near New York City, with its umbilical cord still attached. The Port Jervis Police Department responded to a call regarding a deceased baby lying in an empty field. On arriving at the site, they discovered that the baby was recently born. The police along with the New York State Police Forensic Identification Unit conducted a thorough investigation which included assessing the field to gather forensic evidence as well as interview people and potential eyewitnesses such as neighbors to gather circumstantial evidence.

The body of a dead newborn was found here in a porta potty in Magnolia Gardens Park. The @HCSOTexas said it was discovered by the company that was going to empty out the porta potty. The last time the company came to clean them was on Monday. More details coming up on @KHOU at 4. pic.twitter.com/S1mYXlF59O

In another similar case in Georgia that we reported, footage of a man kneeling next to a plastic cover on the grass and abandoning a baby was released. A man named Alan Ragetz found the baby inside a plastic packet before calling the authorities. Ragetz said he believed the baby was only 20-30 minutes old. She was found crying and covered in blood with her umbilical cord still attached. Such cases keep on getting reported from across the country with alarming frequency. In Arizona, another newborn baby was found abandoned and dead near a dumpster in Phoenix, as per our report The child was first found by a couple, who informed a shop nearby of the same and asked the owner to call 911. The police responded to a call about an injured person behind a strip mall building in southwest Phoenix.

Lord jesus..why? I operate a daycare and my heart is broken

When the cops reached the site, they found a baby who was not breathing. The fire department, which also rushed to the scene, declared the baby dead on arrival. Authorities said the late newborn baby was a boy.