Nashville's Famous Food Joint 'Rotier's' Shuts Down After 75 Years: "This Is Truly Sad"

Nashville's iconic restaurant has shut down due to stresses of changing dynamics in restaurant industry and the negative impact of pandemic, which reduced footfall by a huge margin. 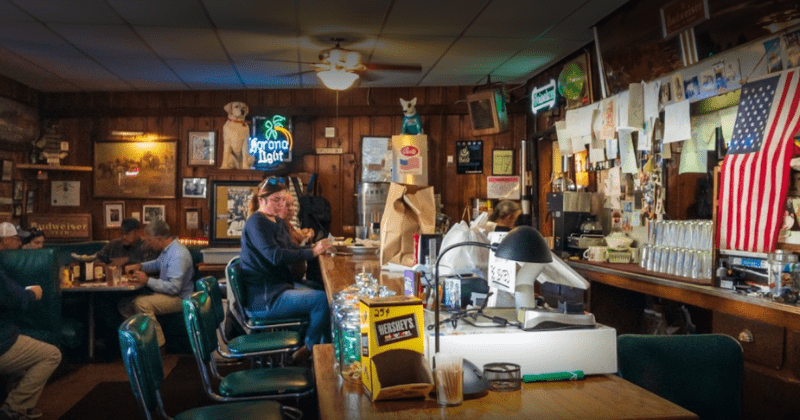 It's an unfortunate day for Rotier's, one of the oldest restaurants in Nashville, which has been forced to close permanently after over 75 years. The longtime restaurant, which was located only a block away from Vanderbilt University, was well known for its award-winning cheeseburger, plate lunches, and a home-like experience, reports Tennessean. Margaret Ann Rotier Crouse, a second-generation owner of the food joint, blamed the changing dynamics in the restaurant industry and the negative impact of COVID-19, for the closure of the restaurant. Crouse said that the final nail in the coffin arrived this month when the new owner of the building told the Rotier family that they would no longer lease the space for the restaurant.

So very sad -- Rotier's Restaurant to close after 74 years of serving one of Nashville's best cheeseburgers https://t.co/Ku8Hy2lNf5 via @tennessean @Ms_Cheap

Often used to see the late Dan Miller of @WSMV go there for dinner after his 6 PM news broadcast. As @ThomsenTN noted, when they were open for dinner it was a pre-Memorial Gym game night ritual. Ordering a milkshake off the menu was an insider flex.

"This has been here since I was born. It’s hard," a heartbroken Crouse said. "But it's been really fun. Everybody came in and talked and told stories about their lives. Their grandparents brought them here. Multiple generations. They really enjoyed being here, and that makes me happy." The food joint had already enforced various measures when the business was dwindling about two years ago before being forced to close its doors when the pandemic struck in March. Everyone at the joint thought they would be allowed to open in a few weeks but as cases piled on, the opening only got pushed further and further. Crouse, who has worked in the establishment for nearly 50 years, said: "We thought it would just be for a few weeks. My mom and dad loved this restaurant. The world has changed a lot over the years. I thought with COVID it would just be closed for a little while, but...it is what it is." The 72-year-old added that they would be forced to close even if the owners had offered them a new lease. "With COVID, we just couldn't make enough money," she said.

Best hot dog I ever had was at Rotier's and it was always the first suggestion I made to visiting media when they asked where to eat.

It's a sad day for Nashville. https://t.co/ZMRgysjEXH

This news breaks my heart. I ate there every weekend with my dad while growing up. It is the one place I’ve been able to go these past 10yrs & sense him, like maybe he just went to the bathroom cause it was always unchanging & delicious. https://t.co/3s9ZiE0DVP

Opened in 1945, the restaurant was known for its rustic old-timer charm with its pine wood paneling and rugged, seasoned booths. Owing to its proximity to the university, the place had become a major hub for a lot of locals as well as students who would gorge on the hand-patted burgers while reveling in the cozy, family atmosphere. Rotier's crowd-favorite status was achieved after years of featuring on local and national "best burgers" lists. When it started, the burgers were priced at 25 cents and jumped to 65 cents by 1992. At the time of closing, a cheeseburger here cost $7.99. Over the years, Rotier's has derived business from famous patrons including Keith Urban, Miranda Lambert, Taylor Swift, Jimmy Buffet, and Marina McBride among others.

My heart is broken. Rotier’s was like walking into a second home. What will do for a good hot beef. 75 years of memories 💔 https://t.co/73CS9CehBh

Makes me very sad. I loved Rotiers. I would often stop on my way to and from law school in Memphis. And, later when in Nashville on business or for games. Cheeseburger on French bread with a chocolate shake, served in the metal cup it’s spun in. A step back in time. https://t.co/7Wv3ALIRg8

The restaurant first came into existence after World War II when the late John Rotier Sr. and Evelyn Rotier converted Al's Tavern into a beer and hamburger restaurant. Rotier Sr. passed away back in 1981 while his wife retired in 1996 before passing away in 2014. Before its closure, the administrative team included third-generation Rotier family members Charley Rotier and Jacob Crouse. Although Crouse noted that her niece and nephew may be hoping to switch to a new location, the furnishings would go into storage. However, she also noted that "this building obviously is a big part of what made Rotier's what it was."

can conjure a Rotier’s memory from almost every stage of my life.

Making it a priority when home from college

Being gently shamed by the cashier for ordering a milkshake & a beer in my 20s https://t.co/RvSk8Iq87J

This is a gut punch. A Nashville institution full of memories and a good place for a @VanderbiltU student to start with the “American Cheese and Crackers” for 75 cents before getting the famous burger on the way to a night at Exit/In & Gold Rush.

RIP to one of the greats. 🙏 https://t.co/hHIvkZOxvt

People took to Twitter to show their disappointment after hearing news of Rotier's closure. "I grew up at Rotiers. Father Ryan used to be right across the street and i would go there multiple times a week. This is sad.. Rotier family are good people," Trey Bland wrote. Chelsea Cahill, who said she went on her first date with her now-husband, wrote: "SAVE ROTIERS!! Such a Nashville staple, also don’t sleep on the chicken salad."

A terrible day. Favorite Rotier’s memory: Arthur Schlesinger, Jr., ordering a steak and martini—got the steak, had to settle for a beer. https://t.co/BZVKQhG1MR

This is truly sad. Some of my most memorable meals during college were at Rotier’s. Wish I coulda eaten there one last time. https://t.co/0CjmZJDE9K