Director Brian Henson revealed that he was both "excited" and "happy" that with the discovery of the song "When Love is Gone" the full -version is coming back. 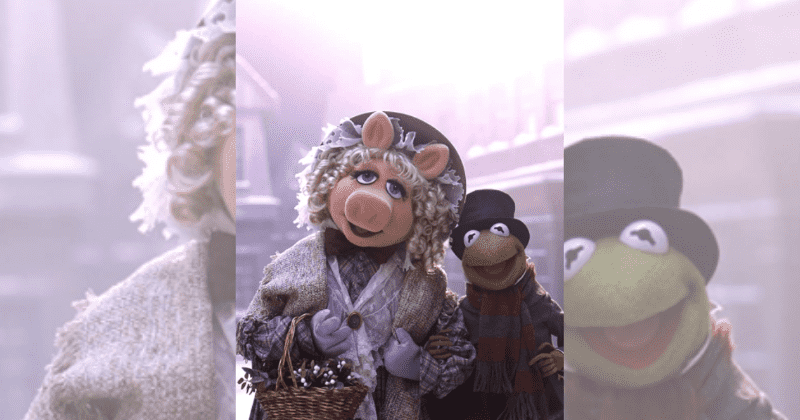 If you're a Muppets fan and absolutely love The Muppet Christmas Carol then there's some joyous news in store for you this holiday season. Director Brian Henson recently revealed that the movie's long-lost musical number has finally been found and reinstated. During an interview with BBC, Henson revealed that he was both "excited" and "happy" that the song "When Love is Gone" could be heard in his future versions of the movie.

After years of searching, the long-lost 'Muppet Christmas Carol' song has been found at last.​ https://t.co/2QXiilOpbS

For long, the song has only been present on the VHS version of the film or as a separate clip from the rest of the movie. Explaining the concerns that led to the melancholy ballad being reluctantly cut from the film, director Brian Henson told Entertainment Weekly it was to make sure that young viewers would not get antsy during it. Then years later, Henson decided to use the song in the movie and the decision was supported by Disney distributors. However, the original footage that needed to be restored was nowhere to be found. Even the negative could not be found, revealed Henson, the son of Muppets creator Jim, during a 2018 interview.

I have also reconnected my vhs player once a year just for this film. Very excited for this.

"They always say, ‘It’ll show up. Negatives never permanently get lost, they just get put in the wrong place,'" recalled Henson. "For years and years, I’d call them every six months and see how they were doing. And they actually even put together a team and a little budget to try to find it, and they still couldn't." Thus, the love song only remained in the VHS copies of the movie and did not make it to the DVDs as only the cinematic master was available. But that changed two weeks ago when Henson received a call from the studio asking him to take a look at the new 4K version of the story.

I know, I’m so happy

Disney had already discovered the footage and re-inserted it into the film without informing Henson. The director, who remained unaware of the last development, was left surprised when he saw Christmas Carol playing on the screen. "They actually hid it... so I went down and they said: 'But before we show it to you, we've got something else we want to show you,'" he recalled. "And they put up reel four of Christmas Carol with 'When Love Is Gone.' I was like, 'No, you did not!' and they said, 'Yes we did! We found it!' I was so happy."

I hope they swap out the original from Disney+ and only have this one. It would be nice since the copy up now has the song as an extra but they could remove it from the extras . they also need to swap out home alone now that they have a 4k version...

The ballad "When Love Is Gone" was originally sung by young Ebenezer Scrooge's (Michael Caine) fiancée Belle (played by Meredith Braun) in the 1992 reworking of the classic Dickens story, reports the outlet. Belle sings the emotional ballad about "a time when I was sure that you and I were truly one, that our future was forever and would never come undone…" after realizing that Scrooge no longer loves her as is more interested in his career. Although the song was a key moment in the story, the song did not play seem to sit well with kids during the test screening. Thus, the then-Disney studio chief Jeffrey Katzenberg urged to remove it.

The Muppet Christmas Carol's "lost" song will be recovered for its 4K remaster https://t.co/munWB3W9Zt pic.twitter.com/WUSmjUNCsM

"[Katzenberg] never forced me to do anything, but he said, 'Do you see how antsy those kids are getting?'" Henson told EW. "He's like, ‘It's just a little too adult-emotional for little kids to stay connected.’ [The movie] certainly plays well without the song, but I obviously preferred having the song in. I think it's good for kids to be pulled into deeply emotional moments, even if they feel slightly awkward about it when they're in a movie theater."