The 28-year-old from Kirksville was arrested without bond and charged with first-degree murder. 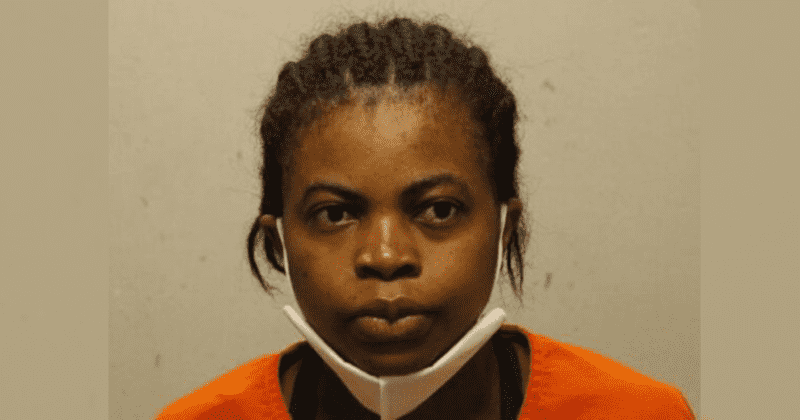 Trigger Warning: This article contains details about murder that some readers may find disturbing

A Missouri woman who gave birth in the bathroom of a meatpacking plant has been charged with murder after she allegedly left her newborn son to drown in the toilet. According to New York Post, Makuya Stephanie Kambamba of Kirksville was arrested without bond and charged with first-degree murder and several other counts on Friday.  According to court documents obtained by KTVO, the incident occurred on May 6 at Smithfield Foods Plant in Milan and the woman has since been taken into police custody and has also been given a suspended sentence. Investigators revealed that Kambamba gave birth to the baby boy and allowed him to drown in the toilet at her workplace. Upon interrogation, the 28-year-old revealed that the baby moved as he was left face-down, in an effort to save himself from the discomfort. Rather than checking up on her baby, she reportedly sat back down on the toilet seat because she couldn't bear the pain caused by the contractions.

A woman who gave birth in the bathroom of a meatpacking plant has been charged in her newborn son’s drowning death. https://t.co/jCmqIpZUrq

Court documents reveal that Kambamba continued to remain on the toilet seat for about 30 minutes until a Smithfield nurse walked into the restroom. An autopsy performed on the boy found evidence consistent with drowning, authorities said. According to the Missouri State Highway Patrol's Division of Drug and Crime Control, the woman is also facing charges of involuntary manslaughter and felony abuse, neglect of a child in the boy's death. She was taken into custody at the Daviess/DeKalb Regional Jail where she is currently held without bond.

This isn't the first time Smithfield Foods - the largest pork producer in the world - has hit the news. The plant was also in the headlines recently after Coronavirus outbreaks were recorded at several of its plants in the United States. Although the facility in Milan has just one confirmed case so far, all the workers have been administered the necessary tests after it was reported that they may have possibly come in contact with the person infected. Sullivan County, where the plant is located, has seen 11 new cases over the weekend as the Trump administration ramped up testing numbers to include more people so as to facilitate the reopening of the economy at the earliest. However, it's still unclear about the number of positive cases arising out of the plant.

Makuya Stephanie Kambamba, 28, of Kirksville, is charged with first-degree murder and second-degree murder in the May 6, 2020, death of her newborn baby.https://t.co/LIK2pbFTHb

The news comes in the midst of a lawsuit filed by employees against Smithfield last month, accusing the firm of creating a nuisance and putting the workers' lives at risk after it refused to take the necessary steps to protect them from the virus. However, a federal judge dismissed the case on May 6 stating that the concerns of the employees fall under the Occupational Safety and Health Administration's jurisdiction and not the courts. According to WJLA, yet another Smithfield plant in Sioux Falls in South Dakota had become the country's largest-ever epicenter for the virus at one point after at least 800 workers were infected. The facility was soon shut down for over two months and was reopened last week after the management instructed employees to return to work in a bid to scale up operations by the end of the month.

.@MattGutmanABC reports from South Dakota on the Smithfield Foods plant, home to one of the largest COVID-19 outbreaks in the country -- over 800 employees have tested positive. (PART II) https://t.co/pUglHltv8y pic.twitter.com/DonM5ad7v4