Mother Of 6 Who Survived Breast Cancer Dies Of Coronavirus, Children Left To Fend For Themselves

The 42-year-old knew she was susceptible to the virus but had no choice but to continue working to make ends meet. 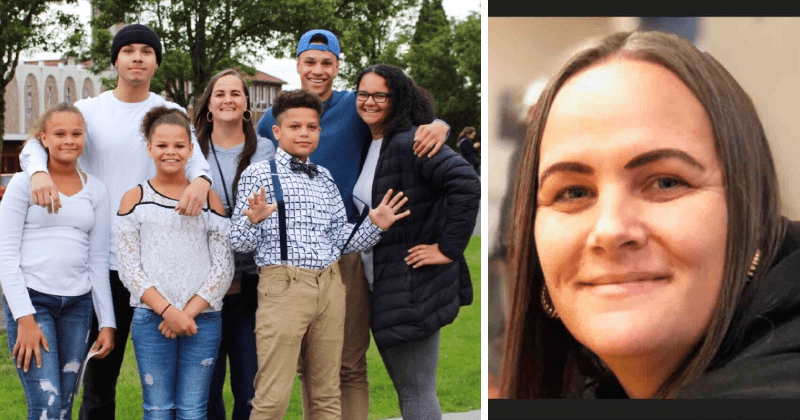 Sundee Rutter, a single mother-of-six, who had survived stage 4 of breast cancer died from Coronavirus. The 42-year-old fell ill a couple of weeks ago and was taken to the hospital. She received treatment but was discharged from the hospital shortly after. She got a fever again a couple of days later and difficulty breathing, which is one of the key symptoms of coronavirus. Her son then took her to the Providence Medical Center in Everett where she was admitted for a week until she succumbed to the virus. Her loved ones are still in shock and are yet to come to terms with her death. “We’re pretty devastated, she beat cancer and lost the battle to Coronavirus? It’s just crazy,” said Jessica Harris, reported Katu2. “She was a wonderful person, and there’s not many like her out there anymore. Great friend, great mother, great wife, she was a wonderful person."

The 42-year-old has six children, with her youngest in middle school and her oldest in college. The children have no parents with Rutter having lost her husband a few years ago. Like many others in the United States, Rutter's close friend, Jessica Harris, hadn't taken the virus seriously. It didn't help with the US President labeling the virus a "hoax" during his rallies. "And then when I got the news of her, I was like 'Oh my God, this is not something to play with, this is serious' and now my outlook is different," said Harris.

Rutter had suspected she had contracted the coronavirus when she fell ill the first time, but the doctors didn't think so. "The doctors told her she didn't have it and she went and self-quarantined herself at home for four days," said Harris, according to Kutv. Even if the others didn't take corona seriously, Sundee Rutter was extra careful considering her immunity had been compromised after the cancer treatments. She was careful about germs but she was forced to go to work to make ends meet.

Harris is now concerned for her six children. "Her children need somebody to help them because the oldest is going to be leaving college and trying to find housing so he can take care of his siblings," said an emotional Harris. "And that's really tough. She was the kindest person you would ever meet. She was always there for everyone. And I will miss her."

A GoFundMe page has been set up to help the children. "Their beautiful mother, Sundee, fought a long, hard battle in the past year with breast cancer and survived! She continued to work at her job at Ross Dress for Less throughout her treatment as she was the sole provider for her six beautiful and amazing children.  Due to all the cancer treatments, Sundee didn’t have much left in the way of an immune system. Unfortunately and tragically, She contracted the coronavirus that is making the news lately. She fought valiantly until she could not fight anymore. She lost her battle on March 16, 2020. She is preceded in death by the father of her children," reads the GoFundMe description.

Rutter's daughter Alexis wrote of her mother, "For those of you who know or have ever crossed paths with our mother, Sundee, it was likely made clear to you immediately how genuine, selfless, courageous, hard-working, and caring this woman is. She is always the first to lend a helping hand to those in need and has consistently remained positive and resilient through the many curve balls life has thrown her way."

People struggling to make ends meet, like Sundee Rutter, do not have the privilege of taking a day off from work even during a health crisis. The Trump administration confirmed sick paid leaves for workers on Wednesday but his decision has come a little too late for Rutter. “Let us support working families by supporting paid family leave,” said Trump while announcing the relief package.

Over 9,200 people have been diagnosed with coronavirus in the United States with 154 people dying from coronavirus-related illnesses.