trending celebrity people lifestyle news animals
Mom Of 10 Boys, Who Prayed For A Girl, Died 11 Days After She Finally Gave Birth To A Baby Girl

Mom Of 10 Boys, Who Prayed For A Girl, Died 11 Days After She Finally Gave Birth To A Baby Girl

The couple had ten children including biological children and stepsons from the husband's previous marriage. 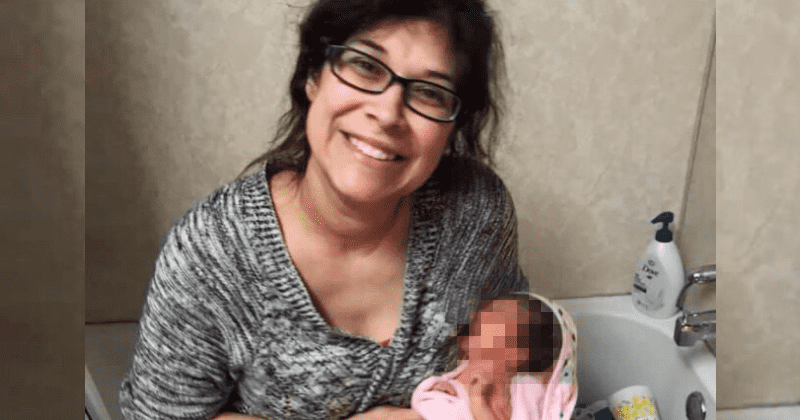 Sonya Harlow, a mom of ten boys, biological and stepsons, had always dreamed of having a baby girl. Harlow's dream did come true as she gave birth to a beautiful baby girl. Unfortunately, she only got to spend 11 days with her daughter before unexpectedly passing away. The woman from Texas was only 39 and shared 10 kids with her husband of eight years, Spencer. Some of their children were from his previous marriage but to Sonya Harlow, they were all one and the same. "She didn’t consider any of them stepchildren… They were her kids and she loved them with all she had," wrote her best friend on a GoFundMe page. Harlow and Spencer's prayers finally came true as she gave birth to a baby girl amid pregnancy complications, including high blood pressure.

Less than 2 weeks after giving birth, Harlow's vitals dropped at night and she passed away. On November 15 at 2 am, Harlow started to feel uneasy and was in distress. She was lying next to her husband with their daughter sleeping on her chest. He woke up and found her struggling and he called emergency services. "I rolled over and could see she was dying," he told The Bluebonnet News. "We did CPR on her until the paramedics arrived, but she had flatlined by then. It was too late." The autopsy results haven't come but he suspects it to be a postpartum-related medical emergency. The baby was named Eliyanah. "She had all boys before this and she prayed for a girl. We named our daughter Eliyanah and she is God’s answer to our prayers. Eliyanah means 'God has answered,'" said Spencer. He had nothing but good words to say about his wife. "Sonya was such a good mother and wife. She was the most beautiful woman I’ve ever known. She was so vibrant and full of life. She was loving, kind, and caring," he added.

Sonya Harlow, who worked as an admissions director in the healthcare industry, had to stop working several months prior to the delivery date, having encountered various complications. Spencer, a disabled veteran who served in the 10th Mountain Division of the US Army in Afghanistan, was the only earning member of the large family at the time. Harlow's friend of 17 years, Nancy Leger Davie, made a plea for financial support on the GoFundMe page for the family. "Having not been able to work for several months before giving birth, her husband has been supporting all of them on his income alone. Since this was so unexpected, there’s no life insurance or money set aside. Any money raised will be used towards funeral expenses/headstone. And if there’s anything left over It will be used to care for her children," wrote Nancy.

"I don't know how I'm going to live my life without her. She's been such a huge part of my life. If you ever met Sonya, you would know that she was one of the most caring, loving, godly, and giving people you would ever meet," said Nancy. The page has far exceeded the $10,000 target and raised more than $41,000. One of the many donors wrote, "Your story touched my heart to the core I am so sorry for your loss. What a beautiful baby girl Eliyana. May she grow to be just like her beautiful mother. Warm condolences. May God give you peace at this time." Another wrote, "My heart is heavy to learn of your loss, Spencer, and I pray for you and my grandkids, and your other children that have lost such a pillar of family unity that Sonya brought into your lives. I didn't know Sonya other than meeting her briefly but I know how special she was to everyone. I pray for healing and comfort as you mourn your loss."