This mother's brutal attack on her toddler left him dead with multiple skull fractures. 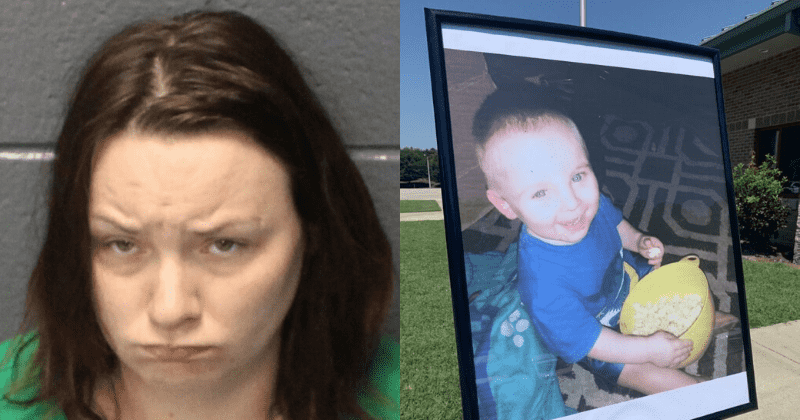 Trigger Warning: This article contains details about child abuse and murder that some readers may find disturbing

Julia Tomlin from Virginia was fed up with her needy two-year-old son because she hadn't realized just how demanding being a parent actually was, reports American Web Media. According to WYDaily, Tomlin's young boy Noah would cry and throw a fit whenever he felt uncomfortable or was in need of her attention and she just couldn't handle it anymore. Instead, she used to beat her two-year-old toddler so much that he was unrecognizable after a point. After beating him to death, she threw the mutilated corpse into a trash can.

JUST IN: Hampton Commonwealth’s Attorney Anton Bell says he will hold a press conference Thursday in regards to Noah Tomlin. We expect to learn the results of his autopsy. Police found the toddler’s remains back in July. #13NewsNow pic.twitter.com/FG1KfOlGEi

Police arrested her after they discovered the horrific act and charged her with murder and disposal of a deceased person. They later sent the boy's body over to the forensic science department. What the medical examiner received was so horrible, they called it the worst thing they've ever witnessed in their life. The only thing recognizable from Noah's body was his left leg and a liver after the attack, reports Metro.

Tomlin’s mother Julia is in jail charged with three counts of felony child neglect. She was arrested in June in connection to her son’s disappearance. She is back in court in December. #13NewsNow pic.twitter.com/9WyBMS140W

According to WSET, the Medical Examiner determined that Noah sustained blunt force trauma to the head and a condition called battered child syndrome. Meanwhile, his autopsy revealed he had multiple fractures, including two severe skull fractures, which caused his death. Speaking at a news conference on October 31, a few days after the incident in 2019, Commonwealth's Attorney Anton Bell revealed that Julia was charged with murder and unlawful disposal of a body. "The type of injury this child suffered was as if a child had fallen several stories," he said. "His abuse was of such a nature that his bones stopped growing. There was evidence of that. There is no question in my mind that this child was tortured. These injuries were not only severe but horrific, to say the very least. Justice looks like Julia Tomlin being held fully accountable and that's prison. She should never hold a baby again."

Why are they taking so long to charge her for murder?

As he fought to bring justice for Noah, Bell seemed distraught and was at a loss of words for the barbaric attack he had to learn. “I have been prosecuting for more than 20-plus years, and I’ve seen some very graphic things. I’ve seen some very horrific crime scenes and have actually gone to an autopsy. And nothing really kind of grabs you like seeing a child, or a toddler, being the victim of a crime”. The 35-year-old woman appeared on the stands in the circuit court to face multiple charges including child abuse, second-degree murder, concealing a dead body, and three counts of child neglect.

Tomlin's case was postponed during her first hearing on March 9, 2020 after the defense asked for a mental competency evaluation which the judge granted. The case of this horrendous act came into light in June 2019 and police initially requested the help of the public to find the killer as they didn't expect the mother to be behind the incident. Tomlin will spend her time at the Hampton Roads Regional Jail until her case is settled, whether through a conviction or a failed mental competency exam.