trending celebrity people lifestyle news animals
Mom "Mortified" After Daughter, 5, Mistakes Her Lube For Hand Sanitizer To Use At School

Mom "Mortified" After Daughter, 5, Mistakes Her Lube For Hand Sanitizer To Use At School

36-year-old Louise Hosie was shocked to discover the lube in her daughter's jacket pocket but had a good laugh later. 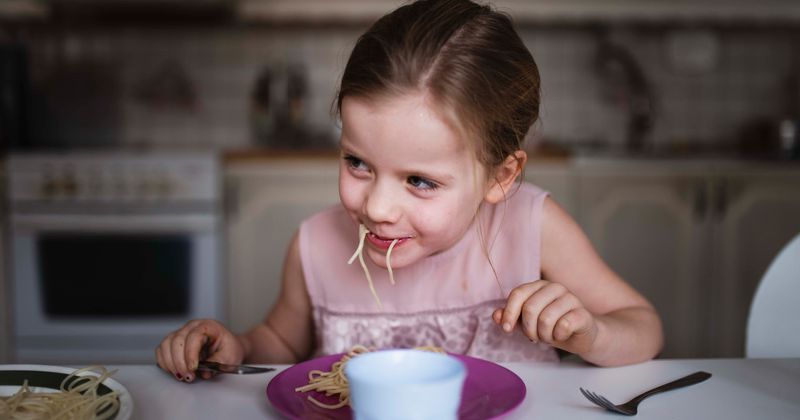 Summer, a 5-year-old girl in Scotland accidentally took her mother's lube to school mistaking it for hand sanitizer reports The Sun. Louise Hosie, from Livingston, said she was shocked to find the Ann Summers lube in her daughter's jacket pocket. But she soon realized her daughter's error. Summer was just being a responsible citizen used the lube so that she "didn't get the germs" while she was attending school.

In our Shot of the Day Honoree's defense, it had her name on it. - @MensRoomLive https://t.co/aTrY4z423l

Hosie surmised that her daughter mistook the said lube for hand sanitizer because they shared the same name and it was written on the bottle. Revealing how the 36-year-old mother got the lube, she said, "I got the lube in an Ann Summers balloon pop. Basically, you buy a balloon for £20 and the woman from Ann Summers goes live and bursts the balloon - with your prize inside. My prize was the lube, and I also got some perfume. Two days ago, I was washing Summer's school jacket and realized she'd actually been taking it to school. Because her name is Summer and the bottle had Ann Summers on it, I think she thought it was hers." When the mother realized the innocent error of her daughter's way, she was immediately "mortified thinking what if the teachers had seen it." And luckily, they didn't as Hosie reasoned, "But I guess if they saw it they'd have taken it off her."

After the initial shock and horror, the embarrassed mother ended up having a good laugh afterward and has vowed to remind her daughter of this incident when she grows older. She said, "I was laughing too, I found it really funny, but I was mortified at the same time. I asked her why she had this, and I told her 'This is mummy's.' She just said, 'I was sanitizing my hands so I don't get the germs. I asked if shed sanitized her friends' hands and she said yes." Hosie also revealed that her daughter liked the "sanitizer." She noted, "Summer said she liked it because it felt hot and smooth - and it turns out it's the warming lube I'd won! It's the one that goes hot and tingly. It's just really funny. It will be funny for when she turns 18. I might put a picture on her birthday cake!"

Earlier In August, another mother spoke about being in a similar situation on a Facebook post reports CBC.

Tiara Young, a mother of three from North Carolina said her daughter had taken her lube to school without her knowing anything about it. She narrated her story on Facebook where went viral and shared 100,000 times in a now-deleted post. Young wrote, "OK, so boom, my daughter asked can she pack some lotion in her bag and of course I said yeah go get the small travel size out my top drawer. Instead of me checking to make sure she got the right thing, I didn't bc I was in rush."

Her 5-year-old daughter named Zoi went to check for the lotion on the top drawer. Thinking nothing much of it, she put it in her backpack and went off to school. However, unfortunately for Zoi, her teachers found out about it and called Young.

A teacher on the other line asked Young if she knew the lotion her daughter was carrying and she said "yeah it's Jergens lotion." The teacher replied, "This ain't no lotion ma'am." So when Young reached her daughter's school, she found her to be glistening and "shiny," which Young assumed her daughter had packed a "baby oil" instead. But when the teacher pulled out the said lotion, it turned out to be KY Jelly which her daughter had been unsuspectingly applied on her legs.