Based on Sophie Hartman's claims, her daughter was forced to wear leg braces, move around in a wheelchair, and undergo painful surgeries to install a feeding tube in July 2017, and a tube to flush out her intestines in December 2018. 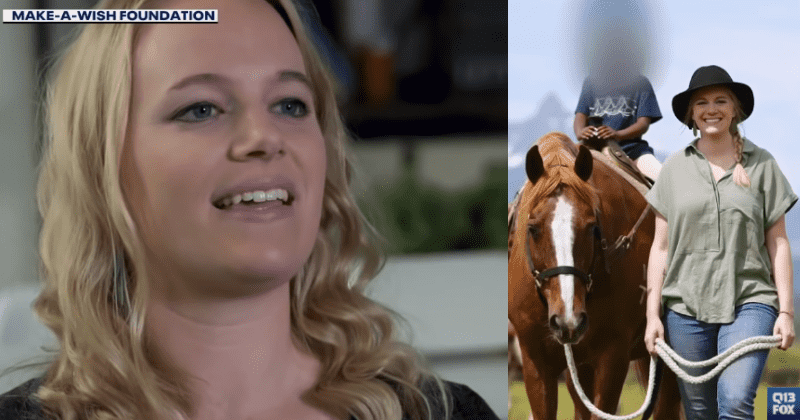 Sophie Hartman appeared to be an extremely caring and loving mother to anyone who met her. Little did they know the dark secrets she had been harboring behind closed doors. The 31-year-old adopted two baby girls in Zambia and seemed very attentive towards them, especially her now 6-year-old girl who is only known by her initials C.H. According to The New York Post, the child underwent countless medical treatments and surgeries due to a rare medical condition that the Washington mother claimed her child had. But authorities claim that Hartman had been pretending to be a nurturing mother all these years and has accused her of lying about her daughter's symptoms that forced her to endure hundreds of unnecessary treatments.

Authorities say C.H. endured over 470 medical treatments and numerous invasive surgeries since she was just two. The adoptive mother is accused of falsely claiming that her daughter suffered from a rare neurological disorder known as alternating hemiplegia of childhood. As a result, the little girl was forced to wear leg braces, move around in a wheelchair, and undergo painful surgeries to install a feeding tube in July 2017, and a tube to flush out her intestines in December 2018. Hartman is now facing a second-degree assault charge against a child and a count of attempted assault of a child in a case medical experts are referring to as "medical child abuse."

I have so many questions https://t.co/nHVPbFIQzo

The charges against Hartman come just months after the Department of Children and Youth were notified about a possible case of child abuse by doctors at the Seattle Children's Hospital back in February. "It is not necessary to know the possible motivation of a caregiver, only the outcome of the behavior," wrote Dr. Rebecca Wiester, the director of the Department of Children, requesting consultation in a February 19 letter. The specialists at the hospital became concerned when Hartman asked for "increasingly invasive procedures" for her 6-year-old, reports Daily Mail. She wanted doctors to suppress her daughter's early onset of puberty through a surgical hormonal implant.

In the letter, signed co-signed by other physicians, the child was said to be at "profound risk." Thus, C.H. was removed from Hartman's custody in March and placed under a 16-day observation for her numerous ailments. In the due course of her stay at the hospital, doctors found that the girl was able to drink fluids by herself, visit the bathroom, and even walk and run without the aid of a wheelchair or her leg braces. "At no point during her admission were there any findings or reported symptoms to support any of her prior diagnoses," read the charging court document filed on May 24.

Sophie Hartman has been accused of medical child abuse after adopting a child from Africa and making her undergo unnecessary medical treatments, to get attention and money from Make-A-Wish fundraisers. Court documents say the child had nearly 500 medical appointments since age 2! https://t.co/dsSTHAvNq4

"All the available evidence obtained during the course of her admission suggests (the child) is a healthy young 6-year-old who would continue to benefit from de-escalation of medical support and normalization of her childhood experience," it continued. Investigators learned that C.H. had been diagnosed with the neurological disorder, however, medical officials revealed that the diagnosis was based on the symptoms, including severe seizures, that Hartman had reported to them. The fact that the symptoms were never observed by anyone but Hartman made it suspicious.

Despite being informed that her child would not require leg braces or a wheelchair, Hartman continued to force C.H. to use them. "Moreover, fundraisers were carried out around this time and the defendant used fundraiser funds to purchase a wheelchair accessible vehicle," revealed the document. During this time, she allegedly told someone that C.H. could "leave us anytime." Following a court-ordered search of her computer, investigators found internet searches like "funeral songs," and "How to get paid to take care of a family member with a disability."

C.H. was also granted a wish in 2019 by the Make-A-Wish Foundation due to her diagnosis. In a video for the Foundation, Hartman is seen discussing the impact of the rare neurological disorder of AHC. "I know she’s walking right now but she was like literally paralyzed all day yesterday," the mother said at the time. When news about the accusations reached Make-A-Wish Foundation, they were dismayed. "This is a very serious allegation and any threat to the wellbeing of a child is not in alignment with the child-centered focus of our mission," read their statement. "We hope this matter is quickly remedied in the best interest of the child."

As for Hartman’s attorney, he claimed that the allegations against Hartman were false, according to Q13 Fox Seattle. "The doctor from Seattle Children's hospital who's largely behind the charges for this case is not an expert on this disease. She probably has little to no experience in this disease," said Adam Shapiro. "Contrary to the allegations of the King County Prosecuting Attorney, the child's diagnosis was made by more than one doctor, is legitimate, and is based on a substantial record beyond the reports and information provided by Ms Hartman."