She succumbed to complications brought about by the coronavirus, having given birth to a son two weeks prior and never once getting the chance to hold him. 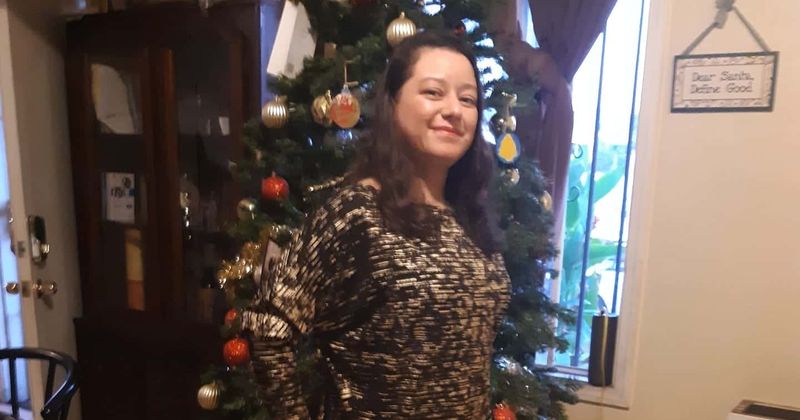 Erica Becerra moved to Detroit from Los Angeles with her husband, her one-year-old daughter, and a baby on the way. She started feeling contractions and spent a brief two-day stint under observation at a hospital. When she returned home, she started showing symptoms of the coronavirus. Just over a week ago, she succumbed to complications brought about by the virus, having given birth to a son two weeks prior, and never once getting the chance to hold him. The incident has left the family devastated, in what is one of the many similarly devastating incidents occurring since March this year, reports Buzzfeed News.

"Erica was the most wonderful person you could ever meet."

Erika Becerra gave birth to a healthy baby but died of Covid-19 before she could hold him. https://t.co/u7RMXpSnvO pic.twitter.com/WW4Gk3r9gj

In conversation with Anderson Cooper, Becerra's brother Miguel Avilez shared the grief the family has had to unpack in the aftermath of the incident. "Erica was the most wonderful person you could ever meet," he said. "Her main concern was other people. For her, other people's happiness was her happiness." What's worse was Becerra followed every rule when it came to keeping herself safe but still could not escape the virus. As the family and friends mourn her death, they are hoping to use her sad demise as an example and to raise awareness about the nature of the virus. Per Buzzfeed News, Avilez wrote in a Facebook post: "It’s sad, you know, you've got a lot of people who don’t understand what’s going on, think [the pandemic] is a joke until it happens to them or one of their family members. My sister would want for me to help people, just like she did. I'm going to keep her name alive."

According to Avilez, Becerra, 33, began experiencing contractions in the first week of November and spent two days at the Henry Ford Hospital under observation. She then began showing symptoms of the virus soon after her return home. "She called my mom that Monday morning [and said], 'Mom, I think they hurt me at the hospital, it hurts to breathe, it hurts to move, I don’t feel good.'" A week later, on November 11, her condition had worsened and she had to be hurried into a hospital via an ambulance. Not seeing any change in her condition, doctors made a decision to induce labor. Four days later, Baby Diego Antonio was born while the mom was intubated right after birth.

This is sad, mothers dying is always sad. Good thing this is incredibly rare due to Covid.

Speaking to CNN, Avilez said: "Right after she gave birth to her son, they put her in the tube because her body wasn’t retaining oxygen anymore. And then after that, she wasn’t able to meet her newborn baby. From what the nurse told us, they were only able to put him up to her cheek [but] she wasn't conscious at the time anymore." Becerra stayed on the ventilator for two weeks before succumbing on December 3. Recounting her final moments to KCAL, Avilez said: "Towards the last moments, she was tearing up," Avilez said. "I know she heard us as we prayed for her, we talked to her, we comforted her in the last moments."

This is so heartbreaking man, whether u believe covid is fake or whatever, please don’t put others at risk in your family especially if u haven’t been wearing mask. I feel so bad for the baby, baby needs mom! 😞 R.I.P. please, please practice good hygiene and wear your mask

Becerra has left two children and her husband; Avilez says the family will step up to help the bereaving family with whatever help they need. "As much as my sister loved everybody, everybody is going to be there for those two babies. They have a lot of love from both sides. Right now we just gotta enjoy them as much as we can." To help the family out, her godmother Claudia Garcia has set up a GoFundMe campaign to deal with the financial fallout of the death. Although the goal was set at $10,000, the campaign has been overwhelmed with donors with over 2,600 people donating to the cause amassing over $98,000 so far.

This is so sad and still these qnon trumpers instead of learning from it, make disgusting comments under posts of it everywhere.