After killing the toddler, Tiaundra Christon put a life-size doll in her daughter Hazana's stroller and took it around so that police wouldn't suspect anything. 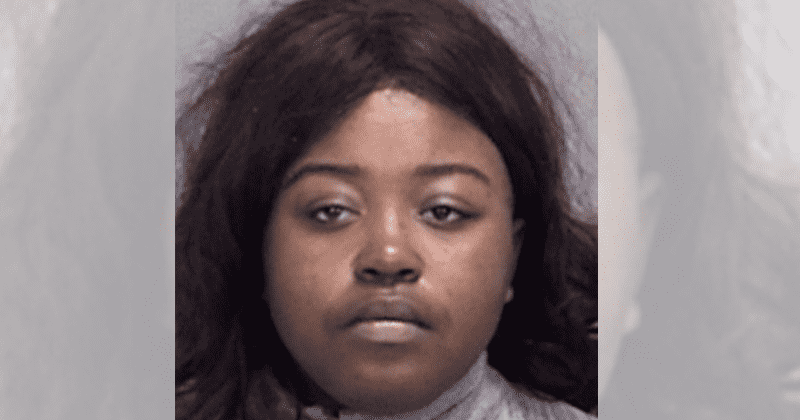 A Texas woman has been sentenced to 20 years in prison after throwing away her two-year-old daughter's dead body and then attempting to use a life-sized doll to pass off as the girl. Tiaundra Christon was found guilty of tampering with the corpse in the October 2018 case related to the disappearance of her daughter, Hazana Anderson, as per a Click2Houston report. The missing girl case had become a huge deal with more than 160 people pitching in to search for her after the 23-year-old mother said she'd lost her in a College Station park.

According to Galveston County Criminal District Attorney Jack Roady, the mother had just returned to the area after taking a trip to Houston to visit her boyfriend Kenny Hewett. He also said the woman's friends had reported spotted Christon out and about with the baby, while a Walmart surveillance footage also corroborated the claim as she was found pushing the baby in a stroller. However, things turned darker after a doll was found in the bedroom dressed in the exact same clothes Christon had said her daughter was wearing when she disappeared. Investigating officers found the doll in a trash can across the street from where the mom had parked her car.

Beat her, burned her, sexually assaulted her, drove around with her body in a car for 3 days and then tossed her in a lake. 20 years but can get parole after 5 years! I cannot make sense of this 😡 My heart breaks for this little angel 🙏🏼

That's when officers came to the conclusion that the mom had carried the doll around to create the impression that her daughter was still alive. When interrogated about her involvement, Christon admitted that the baby had succumbed to her injuries after she and her boyfriend abused her in their Houston hotel room. The couple then got rid of the body by dumping it in Texas City's Moses lake, where the body was discovered days later. Although the cause of death was not determined, Christon and Hewett were both found guilty as jurors took about 20 minutes to offer a guilty verdict for Christon, per PEOPLE, and another 40 minutes the next session to come up with a maximum punishment of 20 years in prison along with a $10,000 fine.

In a similar incident from May this year, Julia Tomlin, a resident of Virginia, attacked and killed her two-year-old boy Noah Tomlin because taking care of the baby became a bit of a chore. According to WYDaily, Tomlin's young boy Noah would cry and throw a fit whenever he felt uncomfortable or was in need of her attention and she just couldn't handle it anymore. Instead, she used to beat her two-year-old toddler so much that he was unrecognizable after a point. After beating him to death, she threw the mutilated corpse into a trash can. Police arrested her after they discovered the horrific act and charged her with the murder and disposal of a deceased person. They later sent the boy's body over to the forensic science department. What the medical examiner received was so horrible, they called it the worst thing they've ever witnessed in their life. The only thing recognizable from Noah's body was his left leg and a liver after the attack reports Metro.

When are we gnna go back to an eye for an eye? Bcos I’m tired of seeing parents hurting their kids. I’m tired of seeing ANYONE hurting kids and getting away with it. We need a real life Dexter in this bitch because ffs the system is protecting these people.

Speaking at a news conference on October 31, a few days after the incident in 2019, Commonwealth's Attorney Anton Bell revealed that Julia was charged with murder and unlawful disposal of a body. According to WSET, he said: "The type of injury this child suffered was as if a child had fallen several stories. His abuse was of such a nature that his bones stopped growing. There was evidence of that. There is no question in my mind that this child was tortured. These injuries were not only severe but horrific, to say the very least. Justice looks like Julia Tomlin being held fully accountable and that's prison. She should never hold a baby again."

*trigger warning*
this is a very sad story but I'm sharing to let people know how much mental illness is lurking within many people.