Mississippi Pastor & Father of 8, Todd Tilghman Is The Oldest Contestant to Win 'The Voice'

For his first blind audition, Todd turned all four chairs while taking on Bob Seger's "We've Got Tonight." 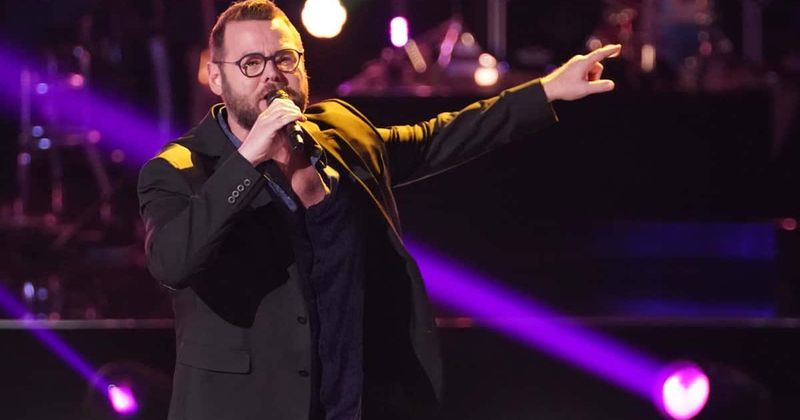 Mississippi pastor Todd Tilghman has been named the winner of The Voice Season 18. The minster was surrounded by his wife of 21 years and their eight children as host Carson Daly named him the winner of the singing competition. He earned the most votes ahead of Tuesday night’s finale. According to Good House Keeping, on Monday night's episode of The Voice, Todd performed “I Can Only Imagine" by MercyMe and his own original song entitled “Long Way Home.” Todd was up against equally talented 5 finalists, including Thunderstorm Artis, Micah Iverson, CammWess, and Toneisha Harris.

Todd impressed all first judges in the first round of the competition. During the blind auditions, he turned all four chairs of the judges: Blake Shelton, Kelly Clarkson, John Legend, and Nick Jonas. He performed Bob Seger's "We've Got Tonight".  Fans and judges alike fell in love with the pastor's soulful voice that helped get through the battles, knockouts, and live shows. He later sailed his way into the finale following his rendition of "Love, Me” by Collin Raye. While Todd has sung in church in the past, he revealed on The Voice that he's never really performed professionally before making his debut on the show.

Tilghman, who was on Team Blake, was praised as “incredible” by Shelton. when he first performed the new single “Long Way Home.” He had to do so remotely due to pandemic restrictions, reports The Christian Post. After that, he performed the Christian hit “I Can Only Imagine” “Pastor, we love seeing your journey throughout this whole season,” coach John Legend told him. A tearful Kelly Clarkson shared, “Literally, you are so moving. It’s because you are a pastor, because you have such a bigger belief inside you than just yourself. I would love to come to your church just to hear you speak, not only sing. You’re very special.” Shelton praised him for “the connection you have with people.”  In the finale, Tilghman also performed alongside his coach Shelton the John Mellencamp hit "Authority Song."

The pastor has been hosting virtual services. The pastor preached a fitting message this month from Matthew 25:14-19, the parable of the Talents, which streamed live on Facebook.
“Take those talents that the Master gave you before we were separated and multiply those during this time, so that when we come back together, you’ll come back with more than you left with,” he told members of Cornerstone in his sermon.

TV Line asked the winner, "A lot of viewers can’t believe that Thunderstorm didn’t win. What would you say to them?" To which he replied,  "I would say to them that I can’t believe Thunderstorm didn’t win, either! He is a phenomenal artist and an even better person. As good as he seems? He’s even better than that. So I would actually probably agree with them. I don’t get it, either, ’cause he’s really great."

Congrats to the Pastor for sure. Thunderstorm is honestly one of the best voices I have ever heard tho to be honest!

Thunderstorm won’t be under a Voice contract. So he can get a recording gig immediately and end up winning big time. Let’s hope so, he deserves it!

Asked if he and Blake have any plans to hang out after the quarantine, he said, "We do have plans to get together, but we don’t have set plans. He invited me out to Oklahoma. I was like, “You know I’ll be there tomorrow night!” I love a lot about Blake, ’cause he seems like me. He likes to laugh and have a good time. There’s a time to get to work and be serious, but there’s also time to say “We don’t have to take this too seriously, let’s just move forward.” So as soon as we get an opportunity, we for sure will get together."

The 42-year-old is celebrating with his high school sweetheart, Brooke, the two of whom have been together for 21 years. According to Country Living, after having three children together, the couple decided they wanted to expand their family by adopting. The pair adopted a daughter from Seoul, South Korea. Under a year later, they adopted their daughter's sister as well. Todd and Brooke went on to have three more children together, bringing the total to 10 family members! At age 42, Todd has also made history with his victory, becoming the oldest winner of the show. Congrats to him!