Nurse Kills Baby Boy She Was Planning To Adopt, Says Cuts On Lips & Genitals Were Self-Inflicted

The baby was dead for 40 minutes before he was brought to the hospital. 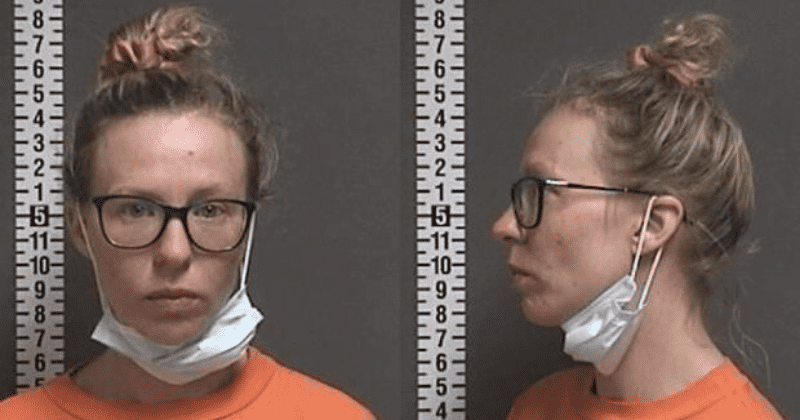 Trigger Warning: The story has details of child abuse that readers may find disturbing

A Minnesota nurse who planned to adopt a young boy along with her husband brutally assaulted the child while he was staying with them. The boy died due to a number of injuries inflicted on him which Kelly Jo Anderson, 35, claimed to be due to self-harm. The boy had cuts on his genitals, inside his lip and numerous bruises on his back and side, a bump on his head which Anderson said was because he "threw himself" around the house. Last month, the nurse from Barnesville brought the boy to a local hospital. The boy was already dead when he arrived. As per court documents, he was"blue and lifeless with bruising to the face and head" reports the Twin City Pioneer Press. The boy had been under her foster care since April 2019.

Doctors at the  Sanford Medical Center in Fargo where the boy was taken to did not buy Anderson's explanation because it was inconsistent with the injuries suffered by the child.  When the child was brought to the hospital his body core temperature was already 82 degrees a doctor told investigators. This implies that he had been dead for at least 40 minutes. Besides the aforementioned injuries, the boy also had multiple marks on his face.  Court documents on the matter stated, "Anderson, who planned to adopt the child with her husband this summer, told a detective the child 'self-injures' himself by throwing himself around." The injuries were caused, according to Anderson's account, when she was giving the boy a bath. She said he "threw himself several times from the bath to the toilet" and might have had a seizure in the bathtub.

She should never seen the light of day

An autopsy ruled that the child died of asphyxiation associated with blunt-force trauma. The document also stated, "the manner of death was listed as a homicide.” The police started a child neglect investigation and arrested Anderson. Although she claimed that neither she nor her husband, Kyle James Anderson, saw the injuries on the child the night he died, Kyle contradicted his wife's version of events and said he had never had a seizure nor does he throw himself around. While Anderson was charged with second-degree murder of the boy by a Clay County District Court, Kyle was not charged. Anderson was booked into the Cass County Jail in Fargo.  Andersons’ foster care license was also suspended by the Minnesota Department of Human Services.

According to Metro, Anderson and the boy were related. A GoFundMe page was also started on May 5 to cover the cost of the boy's funeral and to install some "toddler playground equipment" at a public park in memory of the boy.  The page read: "Little Baby Henry was just one and half years old when his life was intentionally taken.  Henry was a vibrant boy, full of life and he had a smile that lit up a room. Henry spent a lot of time with his Grandma Kayla who loved him so much.  Henry was a sweet and happy little boy who touched so many hearts. Grandma Kayla would like to purchase some playground equipment in Henry's memory. This fund is set up to help his family with some of his funeral expenses and also purchase some toddler playground equipment in Henry's memory to be placed in the park in Wendell, MN."

It added, " This equipment would be for younger children and would be of commercial park quality to be compliant in a park setting.  This fundraiser means a lot to our family and Grandma Kayla.  Henry was a special little boy and his extended family were a big part of his life.  We are so saddened that this could have happened to our little Henry.  Our world has been shattered, our little Henry will be so missed." As of May 21, the fundraiser has raised nearly $5,000 of its $7,500 goal.