His autobiography 'No Time Like the Future: An Optimist Considers Mortality' was released on Tuesday. 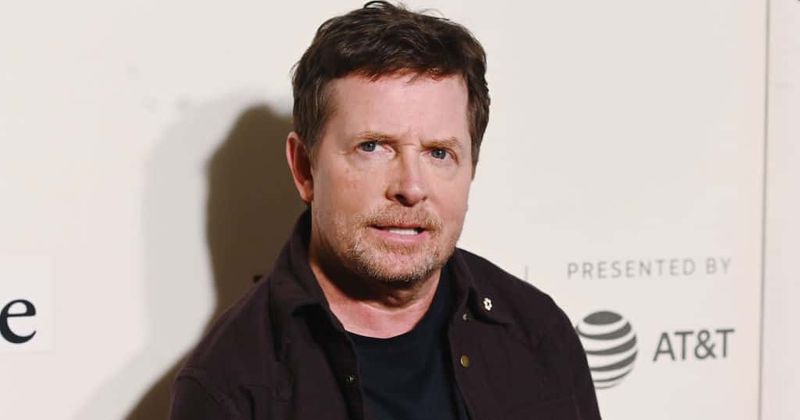 Actor Michael J Fox's battle with Parkinson's Disease is well known. He was diagnosed with the debilitating disease as a 29-year-old in 1988, when he was already a household name following the success of his movie Back To The Future and the 1980s sitcom, Family Ties. Fox is also one of the most well-known campaigners for the treatment and research into the disease. Years later after an illustrious career, Fox has left hints in his latest autobiography, No Time Like The Future: An Optimist Considers Mortality, that his career as an actor might all be over due to his deteriorating health. He has published three other books, two of which are also memoirs where he looked at life more optimistically. But as the title of Fox's latest book itself explains, he is looking at reality more seriously at the age of 59.

According to the Los Angeles Times, Fox writes about noticing a number of drastic changes in his cognition. He gets candid about his memory loss, delusions, confusion, and dementia which he says he “rarely contemplated before now, much less spoke of.” He describes mistaking one of his twin daughters for the other, speaking to someone who was not even in the room, and looking for car keys before remembering he could no longer drive. "There is a time for everything, and my time of putting in a twelve-hour workday, and memorizing seven pages of dialogue, is best behind me," he writes.

He adds, "At least for now ... I enter a second retirement. That could change, because everything changes. But if this is the end of my acting career, so be it.” We recently wrote about Fox finding it difficult to remember even his lines for roles due to his long struggle with the disease. "My short-term memory is shot. I always had a real proficiency for lines and memorization. And I had some extreme situations where the last couple of jobs I did were actually really word-heavy parts. I struggled during both of them," he said during an interview.

Acting, therefore, has not been easy as the years rolled by and he said he now practiced shouting tongue twisters to improve his projection and diction. When Fox was first diagnosed with the disease, he felt a sense of disbelief and hid it from his family for seven years. According to TODAY, he said, "I thought it was a mistake. I really thought it was a mistake and I got a couple of second opinions, third opinions." Besides his Parkinson's, he also suffered a few other health scares. One of them was a non-cancerous tumor that was growing on his spine that caught him unaware. According to PEOPLE, Fox said, "I was heading for paralysis if I didn’t get it operated on.” Doctors told him he had to remove it although it would be risky.

He said the tumor “was constricting the (spinal) cord, so they had to be very careful in removing it so they wouldn’t do further damage.” Fox got operated but had to learn how to walk again. Things were going on fine and he even managed to holiday with his family and was about to shoot a cameo in a Spike Lee movie. On the morning of the shoot, he fell in the kitchen and badly broke his arm. “That was definitely my darkest moment. I just snapped. I was leaning against the wall in my kitchen, waiting for the ambulance to come, and I felt like, ‘This is as low as it gets for me.’ It was when I questioned everything. Like, 'I can't put a shiny face on this. There's no bright side to this, no upside. This is just all regret and pain.'" said Fox. He mentions this particular episode of his life in his latest book.

Fox says he did not feel too optimistic for a while but then tapped into his positivity once again. “Parkinson’s, my back, my arm … it still didn’t add up to moving the needle on the misery index compared to what some people go through. I thought, ‘How can I tell these people, “Chin up. Look at the bright side..." He adds, "Optimism is really rooted in gratitude," he says. "Optimism is sustainable when you keep coming back to gratitude, and what follows from that is acceptance. Accepting that this thing has happened, and you accept it for what it is."