Duchess of Sussex opened up in an article about the importance of sharing grief, especially during a dark time like this. 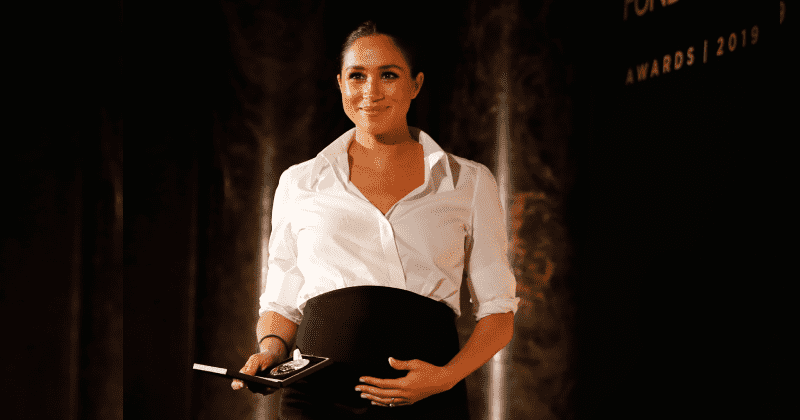 Meghan Markle has revealed that she suffered a miscarriage last summer and opened up on the "unbearable grief" that came with it in an article for The New York Times. Britain's Duchess of Sussex, wife of Prince Harry, penned the article titled The Losses We Share and touched upon the need for empathy as we approach Thanksgiving in a year that has been a nightmare. Meghan Markle, 39, wrote that she was having a seemingly normal day when she suddenly felt a sharp cramp. The pain caused her to drop to the floor. Markle knew something wasn't right. "I knew, as I clutched my firstborn child, that I was losing my second," penned Markle, revealing for the first time that she was pregnant with a second child and that she had suffered a miscarriage. "Hours later, I lay in a hospital bed, holding my husband's hand. Staring at the cold white walls, my eyes glazed over. I tried to imagine how we'd heal." The pain of losing a baby was too much to take for Meghan Markle and her husband, Prince Harry. "Losing a child means carrying an almost unbearable grief, experienced by many but talked about by few," she wrote.

According to Mayo Clinic, a U.S. nonprofit academic medical center, 10 to 20 percent of known pregnancies end in miscarriage. Markle encouraged people to open up about the pain of losing a baby, to ensure they are not consumed by grief. Markle wrote that in spite of the "staggering commonality of this pain, the conversation remains taboo, riddled with (unwarranted) shame, and perpetuating a cycle of solitary mourning."

She recalled the time a compassionate journalist asked her, "Are you ok?" during a rather demanding tour of Africa. She replied honestly, "Thank you for asking. Not many people have asked if I’m OK.” It also highlighted the immense pressure Meghan Markle had to endure as the British media hounded her. One can almost hear Piers Morgan furiously typing away yet another elaborate column targeting the Duchess of Sussex. Meghan Markle and Prince Harry eventually announced they were moving to America and stepping down from their roles in the Royal family. The couple now lives in California.

To people saying: 'why is Meghan Markle sharing her story if she doesn't want negative media attention?' It is very simple: there is a difference between sharing your own pain, and having others cause it. You have a right to your own truth. And a right to tell it.

In a year that has pushed a majority of us to the brink, Meghan Markle has called on people to show compassion and reach out to those we can and ask the question, "Are you Ok?" just as the journalist had asked her. Those seemingly simple words can oftentimes help unload the pain and grief that's consuming us and pushing us to the edge. Meghan Markle shared an incredibly vulnerable memory in her article in the hope that it tells people that it's ok to feel pain and grief.

She asked people to open up and share their grief and called it the first step towards healing. With people being cooped up indoors to fight the spread of the virus, mental health issues have grown multifold across the world. "This year has brought so many of us to our breaking points. Loss and pain have plagued every one of us in 2020, in moments both fraught and debilitating," wrote Markle.

When I had a miscarriage, I remember scouring the internet for articles by women who had been through the same thing. Because reading that you're not alone is helpful and it's comforting. So thank you to Meghan Markle for writing about something so difficult

Markle, whose mother is Black, also touched upon the racial issues that have come to the fore in the wake of the police killing of Breonna Taylor and George Floyd. She also wrote about the polarizing nature of the 2020 Presidential elections and said it left her "feeling more alone than ever." Ahead of Thanksgiving, Meghan Markle urged people to "commit" to checking in on each other and asking them if they are indeed Ok.