Meghan & Prince Harry Expecting Second Baby, Reveal It Just Like Diana Did While Pregnant With Harry

The couple shared an adorable black-and-white photo of the pair and announced that their son Archie was going to be a big brother. 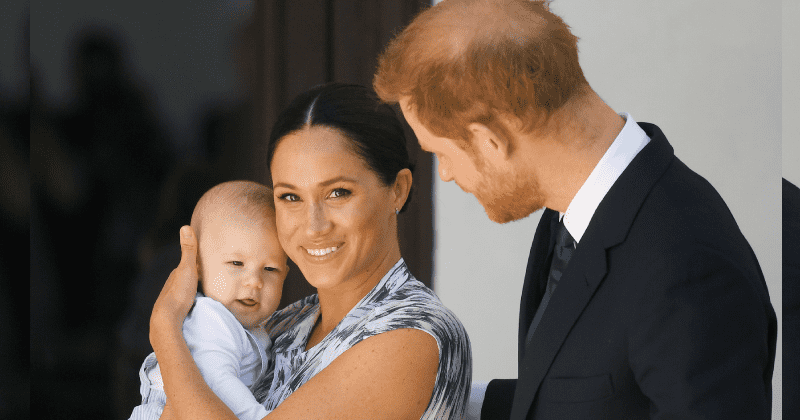 Prince Harry and Meghan Markle have announced that they are expecting a second child, on Sunday. The couple shared an adorable black-and-white photo of the pair with Harry looks lovingly at his wife as Meghan rests her head on his lap and holds her baby bump. "We can confirm that Archie is going to be a big brother. The Duke and Duchess of Sussex are overjoyed to be expecting their second child," said a spokesperson for the couple, reported PEOPLE. The picture was taken by their friend and longtime photographer, Misan Harriman. Their son Archie's is due to turn 2 on May 6 this year. The couple delivered the news on Valentine's Day, which is extra special since it's the day late Princess Diana announced she was expecting her second child  — Prince Harry — in 1984.

Meg, I was there at your wedding to witness this love story begin, and my friend, I am honoured to capture it grow. Congratulations to The Duke and Duchess of Sussex on this joyous news!#remoteshoot #shotonipad #shotbymisan pic.twitter.com/3iSYjydVj9

This comes not long after Meghan Markle had revealed that she had suffered a miscarriage last summer. As we reported, Markle had opened up on the "unbearable grief" that came from suffering a miscarriage in an article for The New York Times. In an article titled The Losses We Share, she touched upon the need for empathy. Markle wrote that she was having a seemingly normal day when she suddenly felt a sharp cramp. The pain caused her to drop to the floor. Markle knew something wasn't right. "I knew, as I clutched my firstborn child, that I was losing my second," penned Markle, revealing for the first time that she was pregnant with a second child and that she had suffered a miscarriage. "Hours later, I lay in a hospital bed, holding my husband's hand. Staring at the cold white walls, my eyes glazed over. I tried to imagine how we'd heal." The pain of losing a baby was too much to take for Markle and her husband, Prince Harry. "Losing a child means carrying an almost unbearable grief, experienced by many but talked about by few," she wrote. The Duchess of Sussex said she wanted to talk about miscarriages as it was considered a taboo subject and was hoping it would give strength to those who went through the same.

Prince Harry and Meghan Markle made headlines when they officially stepped down from their roles as senior royals last year. "We intend to step back as ‘senior’ members of the Royal Family and work to become financially independent while continuing to fully support Her Majesty The Queen. We now plan to balance our time between the United Kingdom and North America, continuing to honor our duty to The Queen, the Commonwealth, and our patronages," read a statement by the couple, reported The Sun. "This geographic balance will enable us to raise our son with an appreciation for the royal tradition into which he was born, while also providing our family with the space to focus on the next chapter, including the launch of our new charitable entity. This decision also came after the media constantly targeted Meghan Markle.

A touching tribute announcing for the Sussexes to announce their exciting news on #ValentinesDay❤️ It was exactly 37 years ago that Princess Diana shared with the world that she was pregnant with Prince Harry. pic.twitter.com/NQfUiw62Sc

Piers Morgan, who has been incessant in his criticism of the couple, slammed the couple for sharing a picture to announce they were expecting a second child. "Harry and Meghan have announced they’re pregnant and released this cheesy photo of themselves to ensure the media gives the story about their private life more prominence - in their latest courageous effort to stop the same media focusing on their private life," wrote Morgan. It's disturbing that Morgan, like many other British publications, can't understand that Meghan can share as much information as she chooses to, without it being an invitation to pry into their private lives.

Prince Harry had previously called out the media for the attacks on Meghan, reported E Online."Unfortunately, my wife has become one of the latest victims of a British tabloid press that wages campaigns against individuals with no thought to the consequences – a ruthless campaign that has escalated over the past year, throughout her pregnancy and while raising our newborn son," said Prince Harry at the time. "There is a human cost to this relentless propaganda, specifically when it is knowingly false and malicious, and though we have continued to put on a brave face – as so many of you can relate to – I cannot begin to describe how painful it has been," he added.