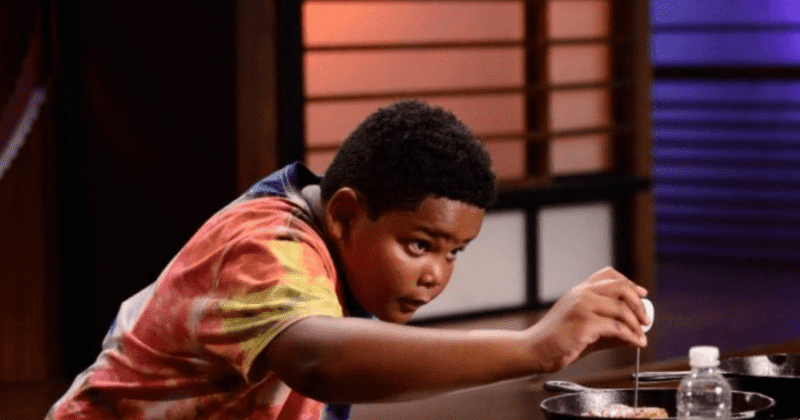 Ben Watkins, star of Masterchef Junior Season Six has been diagnosed with a rare tumor. The young cook is facing yet another personal tragedy and is now undergoing treatment for Angiomatoid Fibrous Histiocytoma (AFH), which is a rare soft tissue tumor that mostly occurs in children and young adults, according to Metro UK. The tumor was discovered just days after Ben celebrated his 13th birthday. He has now been admitted to Lurie Children's Hospital in Chicago where his AFH will most likely be treated with surgical excision and possible follow-up chemotherapy.

A GoFundMe page has been set-up to raise funds for Ben. It was put together by his grandmother and uncle, who are now his guardians. "Young Ben is one of only six people in the entire world diagnosed with this illness," the page stated. It went on to say, "Despite all of Ben’s trials and tribulations, he remains positive and looks forward to getting back in the kitchen and pursuing his dream to become an Engineer. Members of the community have joined together to see that the life challenges that Ben has gone through do not derail him from reaching his full potential and fulfilling his dreams."

The fundraiser, which was originally under the campaign #Love4Ben, has been revived after nearly two years since the original launch. In 2017, Ben had to brave through the loss of both his parents. According to Chicago Tribune, on September 16, Ben's father, Michael Watkins, 46, shot and killed Ben's mother, Leila Edwards, 43. He then took his own life in their home in Gary's Miller section. Investigators ruled it a murder-suicide. Ben was 11 back then. The GoFundMe was set up for Ben to be able to continue his education in the culinary arts and Engineering wherever he wants to in the world. They were able to raise $30,000 and establish a trust fund for him at Peoples Bank in Munster, Indiana.

The goal now stands at $130,000. Two years ago, Ben had just been finishing up shooting for Masterchef Junior. When the season finally aired on TV, he immediately became a fan favorite. He was placed in the Top 18 with nine-year-old Beni Cwiakala who went on to win the season. He even managed to open Big Ben's Bodacious BBQ and Delicatessen in the Miller Community of Gary, Indiana with his late parents, where he often worked at the cash register. "Ben's father always had a dream to open his own barbecue restaurant," Anthony Edwards, Ben's uncle said. Speaking of Ben, Edwards added, "He's quite the little chef. He enjoys baking because of the science behind it."

"My mom taught me everything she knew," Ben said. "Or I just picked it up by watching her." His mother operated Wonderland Stained Glass, located adjacent to her husband's restaurant. Ben was hoping to resurrect his parent's dual dream someday. "It's been an obvious adjustment for Ben, but he's doing well, considering everything," Edwards had stated two years ago. "We take it one day at a time."

Donna Edwards, Ben's grandmother had added, "And a lot of prayers." However, his recent diagnosis has come as a shock. The Chicago community is joining together to support the aspiring chef who is also passionate about becoming an engineer, reported PEOPLE.

"The world is placed at his feet," Donna had said about Ben. His favorite school subjects are math and science. "It's more reliable than being a chef," Ben said about taking up engineering. Additionally, Ben would also attend several extracurricular activities, including spell bowl, math bowl, and chess club. He was also a volunteer at Build a Bike near his home, where he would help rebuild broken bicycles for kids in need.

Looking at him still standing with an Ambition is such a huge reminder of Face and fight your fears...dear Lord, heal him, please!