Couple Divorce Because They Squeeze Toothpaste Out Of The Tube Differently

The man would squeeze the tube from the bottom, while the woman would do so from the middle. 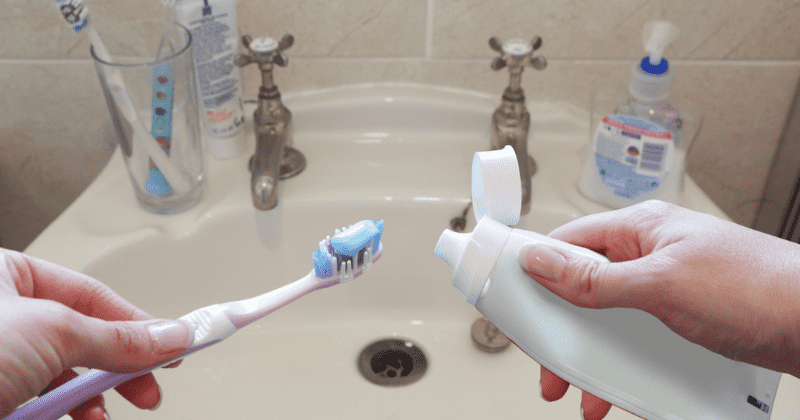 When people get married, they vow to stay together till death do them apart. Sadly, this doesn't always happen and they decide to go their separate ways. Divorces have become all too common these days. Couples split for a number of common reasons like infidelity, financial issues, or abuse. The split either is amicable or acrimonious depending on the individuals in question. But sometimes the reason for divorce can be quite ridiculous like the case of this couple.

Apparently, their difference in opinion about the toothpaste situation often led to arguments. Although they tried their best to save the marriage, it ultimately ended with them deciding to go their separate ways. Who would have thought that squeezing out toothpaste could shake the foundations of marriage? Turns out it isn't just an issue in Malaysia. According to Daily Mail, a woman in the UK took to Mumsnet to vent about her partner's worst habits. Soon others joined in and began ranting about the bad habits of their partners that bother them.

The woman who originally began the chain of conversation confessed that she couldn't help but "rage" whenever her husband squeezes the toothpaste from the middle of the tube. She then went on to ask others what their pet peeves were about their partners and was immediately met with a barrage of comments. Confession time just for fun (need some light relief after being up all night with baby!) What’s the most minor thing that your other half does that unreasonably winds you up? For me, it’s that my husband squeezes the tube of toothpaste from the middle rather than the bottom, leaving the tube all twisted so you can’t get anything out. It is such a minor thing but my god it makes me rage and I am totally disproportionately unreasonable about it! Anyone else have anything similar? read her comment.

Among several commenters was a mom who confessed that she "can't stand" her partner when he "walks around their house while brushing his teeth." His bathroom is downstairs so when he brushes his teeth he will wander round the hall, kitchen, living room, scroosh scrooshing his teeth and all I can smell is the horrible minty smell (really dislike mint). I think I'm almost there with getting him to stay in the bathroom, read her comment.

She went on to reveal how her partner would create "hedgehogs" out of toenail clippings, before revealing that her son told him off for his weird habit. He used to make 'hedgehogs' out of toenail cuttings in a piece of BluTac. Now it's only the occasional cutting left on the bedside. Even Ds tells him off for it, continued her confession. Another woman posted: He orders takeaways in an Australian accent. Not in a piss-take way, more the end of each sentence goes up in an Aussie lilt. It's ridiculous because he has no idea why, or how to stop, and it's the only time he does it. It drives me mad. Also, he nags me to drink hot drinks before they've cooled enough to be drunk 'don't forget your tea.'

Hopefully, their relationship with their significant other won't end up like the Malaysian couple over time.