Man Said Corona Virus Was A ‘Hoax’, Now 13 Family Members Have Tested Positive And 2 Have Died

Tony Green thought coronavirus was a scam and hosted a party. As a result, 14 family members tested positive, including himself, and 3 people died. 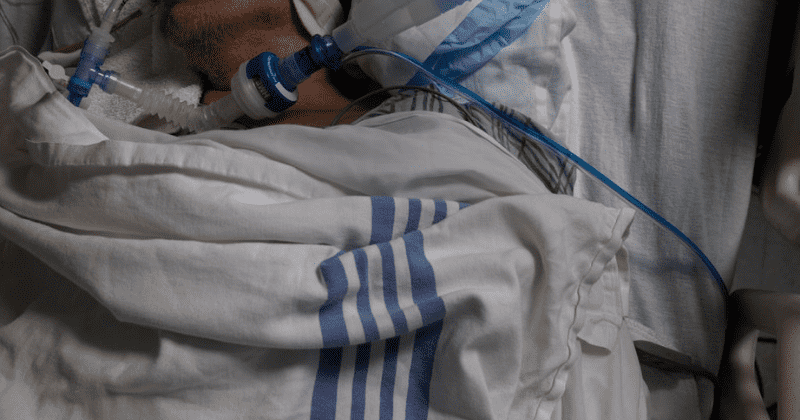 When Texas man Tony Green played host to a family gathering in June, purely out of frustration caused by the lockdown, he strongly believed that the pandemic was just an elaborate "media hoax." Also, as most of the cases were seen on the East Coast, he really didn't seem to think much of it as he hadn't personally had a run-in with the virus. In fact, he referred to it as a "scamdemic." So, Green invited four people to his home along with his partner—his parents and his partners' parents—and planned for them to stay the weekend with the sole purpose of having a good time, reports Washington Post.

Tony Green, on dismissing, denying, contracting and spreading the coronavirus: "How many people would have gotten sick if I’d never hosted that weekend? One? Maybe two? The grief comes in waves, but that guilt just sits." https://t.co/lDcVvP4st4

However, in days, things took a turn for the worse as all six of them tested positive for the virus, which then spread to eight more people from the extended family. Green's condition was severe too as he experienced extreme symptoms which led to a three-day stint in the hospital after the virus attacked his nervous system. Thankfully, he recovered a few weeks later. His in-laws, though, weren't as lucky and they both succumbed to the virus. After testing positive, Green's father-in-law was put on supplemental oxygen and he showed signs of improvement—until one day one of his lungs collapsed while the other filled with fluids, which required a ventilator and life support. After spending two months in a hospital, he passed away.

"The feeling that I have is kind of like a drunk driver would have if they killed their family."

Tony Green thought coronavirus was a hoax until he held a small gathering from which 14 family members eventually got sick and three eventually died. https://t.co/6e0UBcL9Qh pic.twitter.com/rBv9TgFBb8

Now, having lost two very close family members, Green no longer doubts the ruthlessness of the virus and is instead filled with a sense of guilt for hosting the party, even though he wasn't sure who among the group was carrying the virus. He sat down for an interview with CNN's Anderson Cooper to explain his situation. "The feeling that I have is kind of like what, I would say, a drunk driver would have if they killed their family," he said. "It was unintentional. This was my home. This is where it happened. So, you know there is a sense of responsibility." Green now says he wants to "be the example” and “bring awareness” of the risks that lay ahead when people get lulled into a false sense of security, even around family. As the holiday season is fast approaching, Green urges "extra caution" when it comes to holding family events and asks people to do so outdoors and in large spaces; only if they're necessary. "I think that you've got a reason to be afraid of it," he said, according to PEOPLE, while adding that there would be nothing wrong if people refrained from celebrating with a group altogether. "I think maybe you should bow out this year."

"I feel like a drunk driver who killed his family"
Virus Denier, Tony Green of Dallas TX, who contracted Covid-19 and infected 14 family members ..so far 2 have died, including his Father-In-Law.

Speaking in his op-ed in WaPo, Green says he feels like he “can’t escape” the virus, considering the damage it has caused. "It’s torn up our family. It’s all over my Facebook. It’s the election. It’s Trump. It’s what I keep thinking about,” he said. “How many people would have gotten sick if I’d never hosted that weekend? One? Maybe two? The grief comes in waves, but that guilt just sits." After over seven months, the virus looks nowhere near close to slowing down, with several countries already experiencing a second wave after markets reopened. The United States, which leads the world in terms of active cases, has recorded over 8.15 million cases so far, with as many as 211,000 deaths on record.

🚨Cautionary Tale: From hoax believer to super-spreader, Tony Green went from wondering “what are we so afraid of?” to “why didn’t I listen?” in a matter of months. Two have died and 12 others taken ill. https://t.co/whrdt17TfL pic.twitter.com/0vztFrf0Yp