The 48-year-old began walking to cool off and was not aware that he had walked so far until the cops stopped him for breaching lockdown protocols. 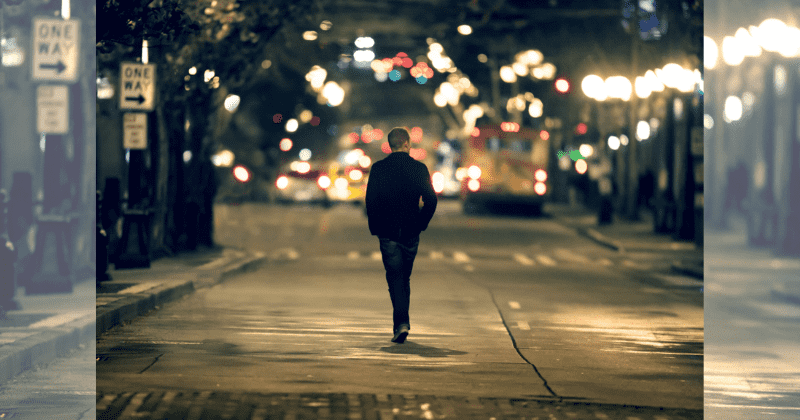 Staying indoors and working from home seemed to be a luxury for most but it suddenly became a daily routine since the lockdown began. After grumbling about not having enough time to spend with our families for years, we finally got what we wished for. Although the circumstances were far from ideal, it did give us an opportunity to bond with our loved ones and catch up on things that we had been missing out on due to our hectic schedule. However, staying under the same roof for hours on end, with nowhere to go, also meant increased levels of frustration. At least this is what one husband experienced after he got into a fight with his wife.

A few hours driving to get him and a few hours on the way back, plus the ticket and being missing for a week.

Bet he got a real earful from his wife.

Instead of leaving the room or taking a stroll nearby, the Italian man set out on foot to cool off. Before he knew it, he had already walked 280 miles across the country which was in a state of lockdown. The 48-year-old reportedly walked for a week to get a grip on his anger and only stopped when police caught him at 2 a.m. for breaking the lockdown guidelines. The man, who lived on the Swiss border, in Como, along with his wife didn't realize he had walked all the way to Fano, a town situated 280 miles south, on the Adriatic coast. Of course, when he told the officers that he lived in Como and had walked all the way to Fano, they found it hard to believe him.

He was wandering aimlessly on a coastal highway and was cold when police caught him. The man revealed that he had indeed arrived at the location on foot. "I came here on foot, I didn't use any transport," he told the police according to BBC. He also revealed that "along the way I met people who offered me food and drink." When officers checked his identification and ran it through their database, they found that his wife had indeed reported him missing a week back. When asked if he was feeling fine, the man assured that he was "Ok" but noted he was a little tired after his long walk. Apparently, he covered 37 miles every day but was unaware that he had come so far.

Irrespective of his reason, the man had breached the law as a curfew had been imposed in Italy from 10 p.m. to 5 a.m. to contain the second wave of coronavirus. Thus, he was charged $485, which was paid by his wife, who had arrived at the location to pick him up. When news began spreading, Italians dubbed him their own "Forrest Gump" after the titular movie character played by Tom Hanks, who ran thousands of miles across the United States. The news about the man's lengthy walk quickly went viral as people praised the man for taking a walk to calm himself down instead of resorting to violence. Some couldn't help but be bothered by the fact that he was fined instead of being offered a new pair of shoes.

Twitter user Simon Gregory shared that he follows the same mantra as the husband. Feel like I do that every week! Not row with the Mrs! #Imalovernotafighter, he wrote. Better to be fined than having a murder charge, expressed @PrezElectRod. Meanwhile, User @CanadaKlr believed, He's having a bad day. He told her to "simmer down" after she started telling at him then thought it was best to leave.

I know those dogs were probably barking pretty good when he finally stopped huh... 👣 pic.twitter.com/wmbgIWmy2l