Dmitry Loshagin was released just five years into his sentence after he was found guilty of breaking the neck of Yulia Loshagina. 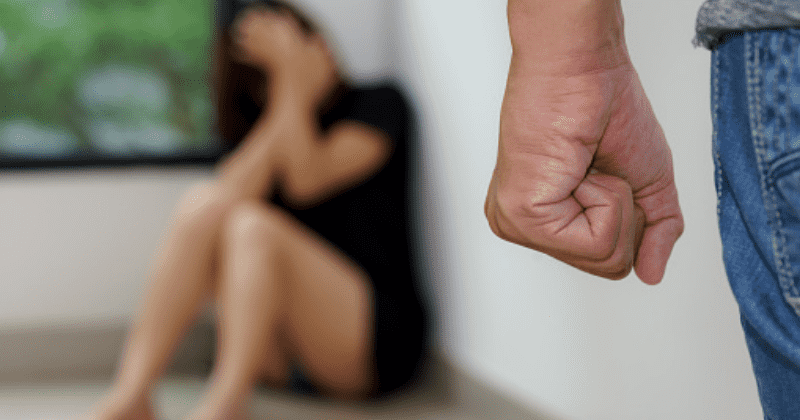 Trigger warning: This report contains details of murder that readers may find disturbing

A photographer sentenced for killing and torching his model life as he believed she gave him HIV has been released from jail early. Dmitry Loshagin was released just five years into his sentence slapped on him after he was found guilty of breaking the neck of Yulia Loshagina, 26, after a tiff at their penthouse rooftop. According to The Sun, prosecutors are filing an appeal to overturn the decision and make Loshagin spend the full extent of his sentence after he was released three years early and allowed to live with this parents with a few restrictions. The ruling issued against the 44-year-old killer has sparked outrage in the region with the victim's family lambasting the decision. State prosecutors are backing the outrage and are seeking to block the move, and instead are urging that he serve his full sentence.

Killer husband broke wife’s neck and torched her body after claiming she had given him HIV after an affairhttps://t.co/i7Fu6xPzAi

As per reports, the couple got into a fight in their loft penthouse worth over $1 million in 2013, and the victim wasn't to be seen alive since that day. Loshagin was convicted in 2015 and was sentenced to nearly ten years in prison with judge Alexandra Evladova ruling that he had lashed out at her and broke her neck. Loshagina's body was found in the Ural mountains with a broken neck, her face and hands so burnt, it was unrecognizable. When Loshagin was contacted to identify the body, he reportedly said he wouldn't be able to as he was busy with a "presentation" of his photographs. The body was ultimately identified through her DNA as all other physical markers were burned down.

The murderer was acquitted at his first trial before being convicted at a second trial, even though he never pleaded guilty. Evidence at both trials also pointed out that Loshagina was violently raped an hour before her death. Investigators believe Loshagin resorted to killing his wife after suspecting that he had a secret lover and that she had given him HIV. They quashed claims of the secret boyfriend, even though Loshagin offered the name of the man he suspected she was seeing.

"They didn't pay attention," he said. As an investigator told me: 'According to our statistics, as a rule, a husband kills. So, you'll be in jail’."Local newspapers reported that Loshagina was killed by a professional assassin hired by her alleged lover, an unnamed "elderly" state official whose identity was hidden, after fearing their relationship would be revealed. Even after having been sentenced, Loshagin continues to maintain his innocence adding that he was "framed" for murder. State prosecutors in Sverdlovsk beg to differ. Marina Kanatova, an official from the region said: "The convicted man did not apologize to the victims’ relatives. He has not admitted his guilt, and, accordingly, there is no reason to believe that he will not commit the crime again in the future."

Dmitry Loshagin, 39, took the naked remains of his 28-year-old wife Yulia to a forest near Yekaterinburg, where he doused her body in

The victim's mother, Svetlana Ryabova, was also shocked by the early release and said she would be joining the prosecutors in appealing the decision. "I was shocked. A nine-year sentence for a brutal murder is way too short." Meanwhile, the victim's lawyer added: "In our opinion, the decision is illegal. Dmitry Loshagin did not admit his guilt nor repent." The protesting group is also joined by Rita Grachyova, a women's rights activist who began her campaign after her husband chopped off her hands and with an ax. According to her, Loshagin should have served at least a 20-year sentence before talks of release even came out. Grachyova said Logashin's sentence was "soft" and that he should serve at least 20 years. "This person should serve a full term," she said.

Judge frees photographer Dmitry Loshagin, who claims he was framed for model wife's rape and murder http://t.co/4HleWNmetK via @MailOnline