Larry E. Lyons, 38, from Michigan was sentenced to life without the possibility of parole 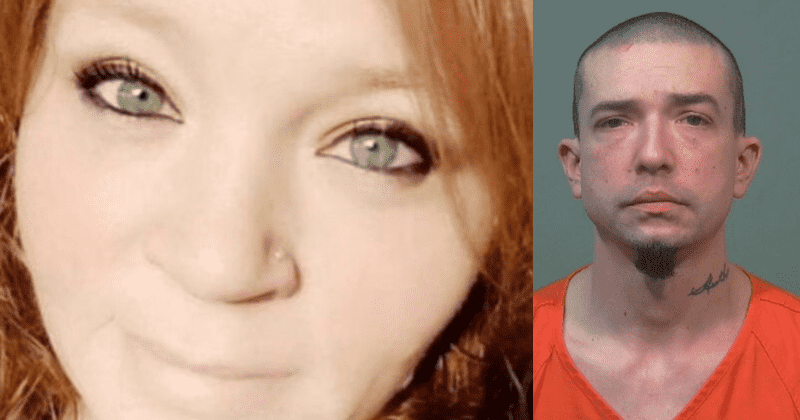 Trigger Warning: The story has details of domestic violence and murder that readers may find disturbing

A Michigan man who stabbed his girlfriend to death 18 times and her infant daughter in 2019 has been sentenced to life in prison without the possibility of parole. Larry E. Lyons, 38, was convicted in October for the killing of 36-year-old Brandy Dickson. Her 10-month old daughter was also stabbed in the head with the weapon that went through her skull and into her brain. Dickson was taken to a hospital nearby but succumbed to her injuries. The baby was in her mother's arms at the time of the attack and miraculously survived the ordeal. This was also because Dickson tried to shield her daughter from the stabbing bearing the major brunt of the attack herself. Lyons and Dickson had been living together for a while, but not at the time of the attack, reports PEOPLE.

The murderer had been arrested earlier for domestic violence and was on probation for assaulting Dickson at the time of the incident. Besides the charge of first-degree premeditated murder, Lyons was also found guilty of a number of other charges. These include assault with intent to murder, second-degree, and third-degree child abuse as well as third-offense domestic violence and carrying a weapon with unlawful intent. The attack took place in Lyons' Ellington Township home on the night of December 15. Dickson had returned from the grocery store and was holding her baby. She was on the phone with her mother when the attack took place and heard her daughter screaming, stated Mark E. Reene, Tuscola County Prosecutor.

Larry Lyons will never be up for parole after he stabbed his girlfriend to death while she shielded their baby girl. https://t.co/t1YOXp30CB

"He’s got a knife, he’s got a knife," Reene noted. He described the incident as "heartbreaking." Dickson's daughter was airlifted to a hospital and then taken to a children's hospital later. Reene called the baby's survival a "miracle” and added, "Not only did she not die, but she is making significant progress. Knowing the full extent of her recovery won’t be known for some time, given her age. Everyone remains hopeful." The infant is now under the care of a family member. Reene added, "Everyone associated with this case was deeply impacted by it. It is one of these cases you can’t forget. Law enforcement and first responders' efforts went a long way to saving the baby’s life, coupled with the tremendous medical care she received."

Larry Lyons, a Caro man charged with open murder, has been named competent enough to stand trial in the case. https://t.co/UVSv3XuXFF pic.twitter.com/jm2zDhV1us

Reene said Dickson was learning to be more assertive. "Brandy was in the process of educating herself to the dynamics of domestic violence. She was starting to stand up for herself more, indicating she had enough and was done with him," he added. According to the Huron Daily Tribune, Lyons was ordered to take a psychiatric evaluation to determine if he was fit to stand trial in January by Tuscola County District Judge Jason E. Bitze. The examination concluded that he was competent.  An obituary of Dickson revealed she was born on November 16, 1983, and passed away on Sunday, December 15, 2019.

Sickening. This is why we need the death penalty.

"She graduated from Cass City High School with the class of 2001 and later attended Baker College where she received an associate degree in massage therapy in 2005 and a medical assistant degree in 2006," it stated. A GoFundMe page was also started for the victim by her sister with the aim to collect funds for her funeral. The fundraiser raised $840 and is presently closed to any sort of donation.