trending celebrity people lifestyle news animals
Man Receives A Surprise Funeral Service On His Birthday: "I Loved Every Second Of It"

Man Receives A Surprise Funeral Service On His Birthday: "I Loved Every Second Of It"

Eli McCann was in for a rude awakening when he walked into his friend's home to celebrate his 33rd birthday because what greeted him was his own funeral. 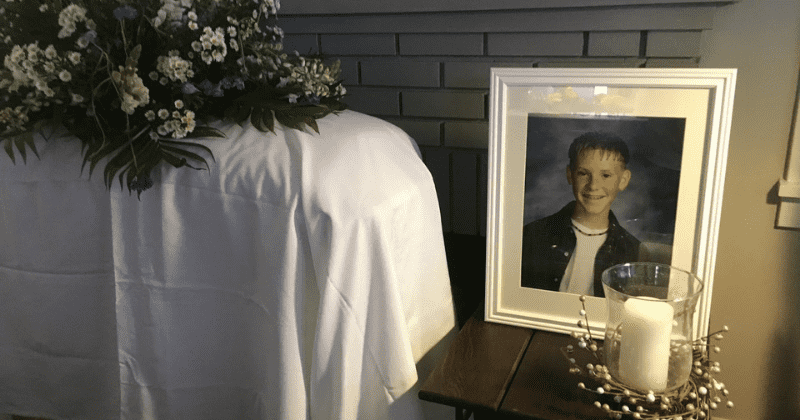 People often imagine cake, colorful decoration, and lots of fun and games when they think of birthday parties. Eli McCann was in for a rude awakening when he walked into his home to celebrate his 33rd birthday because what greeted him was his very own funeral. His then-boyfriend Skylar Westerdahl (now husband) had come up with a bizarre yet thoughtful idea as he felt people shouldn't have to die for their friends to say why they loved them. And so, Westerdahl spruced up his house with all the right decor, creating a fake casket made of ironing boards and pillows, and also went the extra mile by hanging up McCann's photos on the wall, reports Mirror.

In 2017 my husband (then boyfriend) threw a surprise funeral for my birthday because “people shouldn’t have to die in order for their friends to gather and say why they loved them.” He instructed everyone to ignore me so it would be like I was a ghost visiting my own wake. pic.twitter.com/bQkzjW4w8Q

To add a dash of reality to the occasion, Westerdahl instructed people to dress up in black and specifically instructed people to ignore McCann during the "funeral" as though he was actually dead. This only meant one thing, McCann was the ghost in a room full of people that knew him and he would watch over the proceedings as a person that now passed into another world.  That doesn't of course mean, he wasn't weirded out by the treatment he was receiving, and he himself says the entire setup left his "speechless".

It was the weirdest thing I’ve ever walked into. There were musical numbers and a slideshow to “Wind Beneath My Wings” by Bette Midler.

Speaking to Mirror Online, the lawyer and Salt Lake City resident recalled the eventful day from 2017 and said: "He told me we were going to a nice dinner so we needed to dress up. Twenty minutes later we arrived at a friend's house where I could see that all the windows were blacked out with curtains, which I thought was odd. He said we needed to stop inside and say hello so I got out of the car. As soon as we walked in I saw about 15 of my friends all dressed in black sitting in the chairs pretending to softly cry. My husband immediately took a seat and a friend in priestly attire stood and welcomed everyone to my funeral. They all pretended they couldn't see or hear me through the entire service." McCann was well aware that all of this was extremely morbid, yet he thoroughly enjoyed it. "After I realized they were ignoring me, I just sat on one of the chairs and watched the service. It was so charming and funny and morbid and I loved every second of it."

My mother helped him make programs for it. pic.twitter.com/NGEw6i5Dtq

The entire service went on for around 30 minutes and even featured a slideshow of photos with Bette Midler's "Wind Beneath My Wings" playing in the background. One of McCann's colleagues even read out an obituary and his own mother had helped set up the program. Once the service was done, the group proceeded to have a regular party and stopped pretending that they didn't see him. "It was so perfect," he said. "My husband is always thoughtful like this. Last year he surprised me with skydiving on my birthday (which was absolutely terrifying). He has created elaborate scavenger hunts all over our city for Christmas gifts." He added: "He's creative and delightful and I honestly can't believe I ever got so lucky to meet him."

And here’s a video of part of the program. https://t.co/OhLW3I79Uk