It was only when the baby started crying the mother realized that the babies had been switched. 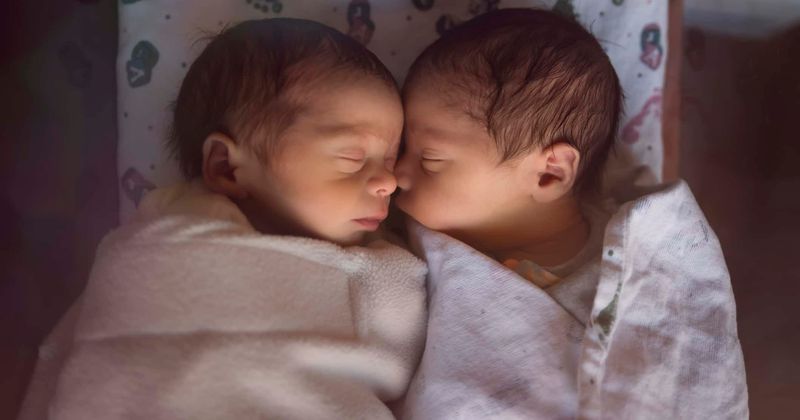 A mother was furious after she found out that her ex had dropped off the wrong baby boy at her place. The woman took to Reddit to share her story and gave a bit of context. She wrote, Sean got me and another woman, "Lydia", pregnant at roughly the same time. Our sons are only about 6 weeks apart in age. Lydia's son is currently just over 15 months, while mine is just under 17 months. She added that both she and Lydia had identical custody agreements which meant that Sean had both boys at the same time as per his visitation rights, and something he had pushed for, and she believed that his primary motive was to get more time off. She stated that when Sean came home to drop off their son, she was in the middle of a work call. Therefore, he placed the sleeping baby in the carrier and left. She wrote, When the baby woke up and started crying, I got off the work call and immediately noticed that this was not my son, as my son has blue eyes, and this baby had green eyes. Taking off the baby's hat also showed dark blond hair, and not my son's light brown hair.

It had been roughly around 10 minutes since Sean had left, so she called him up and asked him to return with the right baby. He hadn't reached Lydia's house yet. She noted It had only been about 10 minutes so Sean wasn't far away and hadn't gone by Lydia's yet, but Jesus fucking Christ it was the worst 10 minutes of my life. Sean came back smiling, carrying my son, and says in the most condescending tone of voice "see? He's fine. No harm done."

After this fiasco, the woman vowed to get the custody arrangement amended and told him so in no uncertain terms. She wrote, He is not having both boys alone again. He couldn't tell his own sons apart, so the solution here is for him to not be in a position to confuse them. I feel that this whole situation is already a total fucking farce, and I should never have been in that position. I want to know that I have my child, not Lydia's. I do not feel that this is a lot to ask for.

However, Sean believed she was being unreasonable, and it was just a mistake. He even gave her an instance where his own parents goofed up  when they "brought home the wrong baby from nursery without a half-sibling to excuse it." He also pointed out that this was the first time that this had happened and it only lasted for all of 10 minutes. She wrote, He also says that I'll be causing undue harm to all 3 guys in this situation, as the kids won't get to bond with their half brother, and Sean won't get any time to himself if he has Lydia's son on even weeks and mine on odds, meaning that he'll be more exhausted and it will decrease his income as he won't be able to work overtime (which he currently does in his weeks without the boys).

When she stuck to her ground and stated that the contracts would be amended, she was called "selfish/crazy". She turned to fellow Redditors for advice, if she was the asshole. She admitted that she could have been acting irrationally. She said,  And if I am doing that, then there is a risk that the main person this will harm is my son, by affecting his relationship with his father and half brother, which I have no intention of doing. Most Redditors believed that she was in the wrong. Traditional Sentence wrote: If both kids was asleep in the car and he didn’t want to wake them up and leave the child resting that would explain why he didn’t see the eye color and didn’t remove the hat to see the color of hair. It sounds like an honest mistake that I bet he never makes again. All parents make mistakes, it’s apart of parenting. But to punish him and in result punish your child as well (by not giving them the family bonding) is not fair. c0nn0rmurphy1 added: You act as if him having the week off is selfish but completely refuse to acknowledge that when he does have the boys he now has twice as much work as you do, taking care of Two newborns compared to your one. s8anlvr reasoned: It sounds like you were looking for an excuse to change the arrangement and you're using this as one. It's not that big of a deal, nothing bad happened and it was sorted out immediately. You didn't even realize the mistake at first. Unless he's shown other signs of being irresponsible you're blowing this way out of proportion.

However, the woman had some support. Flippn_Freddy stated: Amend it until your son is old (big) enough to for your EX to not mistake for his half brother. Or until your son can vocalize when he is at his own house and not someone elses. Once that happens then they boys can share the same weeks again. Goody3333 said, Quite honestly I would fight for full custody bc thus ex doesn't seem to be parenting material at all. How tf do you mix up your kids, especially when they're infants and you're handing them off to people? Don't you check first, especially if they're infants? And yes it IS A PROBLEM. If he's done it once and he's this chill, then chances are he's done this before or doesn't care as much that his kids aren't safely where they should be. The least he could do is be concerned. He hasn't even shown that, so in what way is this guy defendable?  They're his kids, not some toys he can just make mistakes with and laugh off. If it was me, I wouldn't trust my child with someone that careless AND uncaring. He can have visitation if thats really such an issue.