Drunk Dad And Girlfriend Arrested After Driving His Car Into A Canal, Killing His Two Kids

Kenneth Wayne Lawson, from Florida, was charged with two counts of DUI manslaughter in the deaths of his 7-and 10-year-old sons. 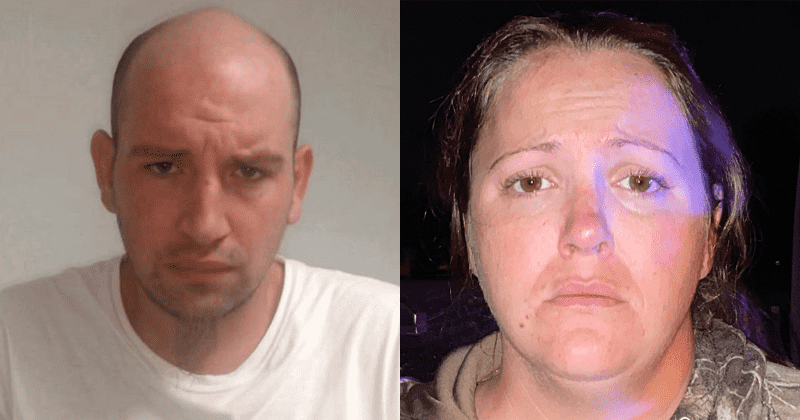 A father and his girlfriend have been charged in connection with the deaths of his two young sons after they were killed in a car crash a day after Thanksgiving. Kenneth Wayne Lawson from Florida was charged with two counts of DUI manslaughter in the deaths of his 7-and 10-year-old sons. The news was confirmed by Interim Cape Coral Police Chief Anthony Sizemore during a press conference on Friday afternoon, as per a Fort Myers News-Press report. The man's girlfriend, Julia Ann Drudy, is also charged for permitting an unauthorized operator to drive.

Fla. Boys Died After Car Crashed into Canal — and Now Dad Is Charged with DUI​ https://t.co/rtjadyv2ZT

Both Lawson and his girlfriend are accused of driving drunk with his children in the car on November 25. He crashed his Ford Focus into a canal. Local police arrived at the scene after they received a call reporting the crash just before midnight. When they arrived, first responders and few passersby had already jumped into the water in a bid to save the boys, who unfortunately died as a result of the crash. According to the police, either Lawson or Drudy got out of the car and left the two boys: John Wayne, 10, and Titus, 10, in the vehicle, as per WINK. The brothers were said to be close as per an online obituary published on MullinsMemorial.

"John Wayne loved playing video games; he considered himself an inside kid. He loved math, science, and playing Pokémon go with Aunt Tammie. Titus loved school; recess and gym were his favorite. He loved riding bikes and playing outside. He was an avid gamer and played tons of Fortnite. They loved their sister a lot and missed her dearly." The boys are survived by their mother Elizabeth Getty, a resident of Flint Michigan, and maternal grandmother Debbie Getty and several aunts, uncles, and cousins. There have been several instances of cars crashing into canals just this year. In an incident from Lindenhurst, Long Island a couple was sent plunging into a canal due to a collision. Luckily for them, three police officers and five good samaritans nearby arrived just in time to rescue them and get them out of danger.

Florida’s finest folks at it again

According to ABC7NY, Suffolk County police Inspector Kevin Kane said the initial minor crash happened on an October afternoon at the corner of Montauk Highway and Venetian Promenade in Lindenhurst. The vehicle involved was a 2016 Subaru which was operated by an 85-year-old and a 2004 Mercury Marquee with 78-year-old Joseph Abitabile in the driving seat while his 76-year-old wife Delores was in the passenger seat. When the Subaru backed into the Mercury, the latter vehicle was pushed through the fence and into a canal with the passengers inside. In a matter of moments, several good Samaritans -- including off-duty Suffolk police Officer John Tighe -- jumped into the water when the car was only partially underwater.

follow-up FL -Father charged in death of sons, John Wayne, 10 and Titus, 7; did not try to save them after he crashed into a canal. Kenneth Lawson, 29, charged DUI manslaughter, driving w/ suspended license x2 causes death or serious injury. https://t.co/VP2sHuz2t2

Mustafa Tosun, one of the respondents at the scene, who happened to work at a gas station across the street, said: "When I see the guy underwater, I say, 'This is my father or somebody's father.' I had to do something. I didn't care." As other people intervened, the couple was able to get out of the car safely before the car submerged in the canal minutes later. All the people who helped the couple out were hailed as heroes for their selfless act with reports suggesting the occupant on the third car reportedly escaped without any injuries.