Mama June said she and her boyfriend were hoping to get their life back on track after being arrested for possession of drugs last year. 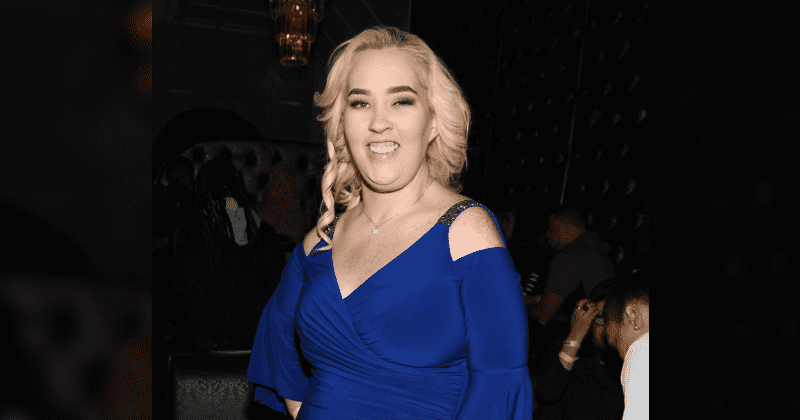 TLC show Here Comes Honey Boo Boo star Mama June has gone under the knife yet again, this time fixing her triple cheek and teeth for $55,000. She shared her stunning transformation in a video posted on Instagram. The 41-year-old June Shannon said she had kicked her crack addiction and felt like a "new woman" now after getting neck liposuction and having dental work done. With her teeth being damaged by crack addiction, she had veneers fitted to her teeth and also got rid of a pound of fat from below her neck, getting rid of her "triple chin," reported The Sun. Mama June thanked the doctors who performed the surgeries on her, for her new look.

In the video, Mama June revealed that her neck liposuction had lasted an hour and a half and cost her $15,000. Her veneers had cost $44,000 and she had them fitted for her upper and bottom teeth. She had the neck liposuction done by Dr. Michael K. Obeng in Beverly Hills, while she had her teeth done by Dr. Rashad Riman and Dr. Leedia Riman at Beverly Hills Dental Lab. “It feels good to get rid of my triple chin and to have my teeth fixed and looking beautimmous. I feel like a new woman,” she told The Sun. The Mom-of-four had struggled to kick her $4,000-a-day crack habit and celebrated seven months of sobriety by getting a makeover. She had originally intended to get liposuction and a tummy tuck but didn't go through with the latter procedure after pre-op consultations revealed that the fat on her stomach was “solid and deeper than expected.”

Mama June underwent a drastic transformation, losing 215lb on the show Mama June: From Not to Hot. At the time, she paid close to $75,000 for a gastric sleeve surgery, breast augmentation, and skin removal in 2017. Her had dropped from a size 18 to a size four. Her boyfriend Geno Doak also spent a lot on plastic surgeries including $40,000 on veneer surgery, $31,000 on a gastric sleeve procedure, and a $20,000 lipoma removal on his own head and neck. He lost 23 pounds as a result. Mama June's weight loss story aired on WEtv. She addressed her weight loss on her website. "As an adult, June struggled with being morbidly obese, weighing 460 pounds at her heaviest. She subsequently underwent bariatric surgery, having part of her stomach removed as part of a sleeve gastrectomy, in 2016, and lost more than 300 pounds thanks to the surgery as well as the help of dieting and exercise. In addition to her significant weight loss, she underwent cosmetic surgery, spending $75,000 to further improve her appearance. Her weight loss journey was the basis for her reality TV show.

Last year, Mama June was reportedly arrested for being found in possession of crack, along with her boyfriend, Geno Doak. They were also caught with a needle and a pipe on hand following a domestic incident. The duo faced trial for their charges at the Macon County Court in Alabama. The pair was charged with third-degree domestic violence, possession of a controlled substance, and possession of drug paraphernalia. The couple went to rehab to kick their addiction. Mama June is estranged from her four daughters: Anna, 26, Jessica, 23, Pumpkin, 20, and Alana (Honey Boo Boo), 15.

“This past year has been a real struggle for Geno and I. We’ve had so many ups and downs with our troubles and then Coronavirus. After having all my procedures done and my hair and clothes styled I feel brand new. I’ve lost 11 pounds in the past couple of weeks since I’ve been watching what I eat, and we just celebrated seven months clean so having this mini makeover felt like a reward. We hope this is the start of something new and exciting in our lives,” she said in September.