'There Was Laughter And Sobbing': The Day Lucille Ball Bid Farewell To Costar Vivian Vance

The two, who appeared on the '50s sitcom 'I Love Lucy ', were as close as sisters in real life. 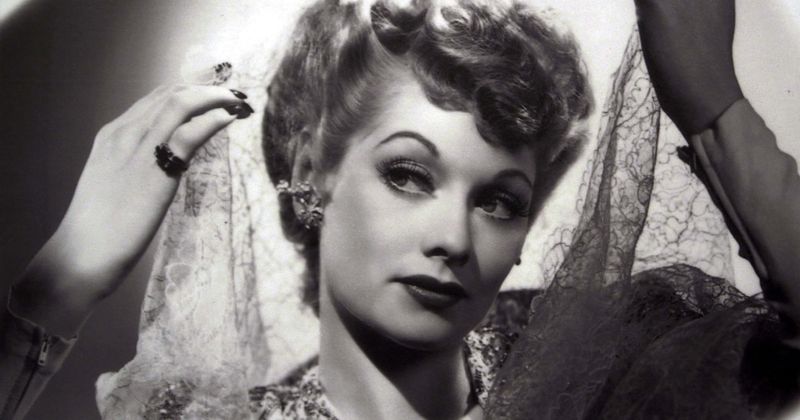 Author Paige Peterson, who was once close to actress Vivian Vance, is opening up about the latter's close relationship with the legendary Lucille Ball. The two had appeared on the iconic 50s sitcom I Love Lucy, with Ball as Lucy Ricardo and Vance playing her sidekick Ethel Mertz. Peterson shared the story of the stars' final meeting with PEOPLE as she talked about her new book, Growing Up Belvedere-Tiburon, which brings up the history of the lovely town located in Marin County, California. Ball visited Vance in August 1979 in Belvedere, California. Two decades after their stint on the show, Vance was tragically dying of bone cancer and Ball had come to say goodbye.

This story really touched me.

"New friends are great, but keep the old.
One is silver, the other gold."https://t.co/uaoaoVZiHd

"You could hear them laughing, and towards the end there was a lot of sobbing," shared Paige Peterson, who'd grown close to Vance after the actress rented her mother's home in Belvedere. "It was an amazing thing to witness. The love of these two women." On that day in 1979, Peterson recalled, "We had brought Viv down and she was lying on the couch in the living room. They ate lunch and they talked and talked. Viv knew she was dying." Seeing Ball as she left, Peterson remembered, "The pain on her face shook me to my core. She was in tears. She couldn't speak. I think Viv gave up after that." A few days later, on August 17, at 70 years old, Vance passed away.

Lucie Arnaz Luckinbill, the daughter of Lucille Ball and Desi Arnaz, looked back on the time where her friend's loss had deeply affected her mother. "She cried about losing Viv for months after that. Viv was, in many ways, like a sister to my mother. She could talk to Mom like nobody else, and I don't think my mother could confide in many people the way she would with Viv." As for their on-screen personas, Peterson said, "Viv was so good at setting up the joke. She was so talented, and Lucy and Desi really loved her." Peterson's book is published by the Belvedere-Tiburon Landmark Society, to which all proceeds will be donated. "Viv loved living in Belvedere. She moved to a home [the Farr Cottages] that was cantilevered over the bay and would sit and read for hours on the deck, where she could look at the most beautiful view in the world. She loved the simplicity and the quiet of living here." In her final days, she said, "Viv was in the place she loved most. And that's how she left the world." Their chemistry on-screen will be forever remembered.

Tragedy struck more recently in Lucille Ball's family. Desiree S. Anzalone, the great-granddaughter of Lucille Ball and Desi Arnaz Sr., died September 27 after a battle with stage 4 breast cancer. She was 31 years old. Anzalone was first diagnosed with stage 2 breast cancer at 25. Just two years ago, her cancer returned as stage 4 and tragically spread to her liver, lungs, and bones. According to PEOPLE, "Desiree is survived by her father, Mario, and his wife, Nancy; her mother, Julia, and her husband, Halbert Massey; her maternal grandmother, Susan Callahan Howe; grandfather Desi Jr.; paternal grandmother, Carol Anzalone; paternal great-grandmother, Marjorie Broadhurst; stepbrothers Sammy and Joe, and AJ and Nick; and her fiancé and caregiver, Chris Reynolds." "He did not leave her side, not for one minute," Julia shared of Anzalone's fiancé. "He was there with us when she passed. ... He never left her side."

This is just so incredibly sad and tragic. She sounded like a beautiful young lady. Gone way too soon. Rest In Peace, Angel.

So sad she was young. She definitely looked like her great grand mother may she rest in peace 🙏❤

Many have often said that Desiree shared a striking resemblance to her trailblazing great-grandmother. In April 2019, Desiree talked about "how proud" Lucille Ball would have been of her as she battled the disease. She posted a screenshot of an Epoch Times article that said Anzalone was "all grown up and looks just like" Ball. She also addressed mean comments from people who said she didn't resemble Ball at all. She wrote: Such a nice article wrote about me, and how Lucy and I share the same gumption in regards to my fight with stage 4 breast cancer and how proud she’d be of me, however, the outrage from 3,000 comments of people literally yelling through my phone outweighed the beautiful story the author wrote. Everyone only focused on the superficial outward appearance of us and about how I LOOK NOTHING LIKE HER, "someone needs glasses," "No resemblance. Lucy was beautiful." "Who writes this bullshit...they need to go to spec savers." These comments are so ridiculous, and sad, like calm down people. I promise it’s going to be okay. No need to get so angry. Too many shallow human beings out there. I have acknowledged my entire life I do not resemble my great-grandma, but rather have more of the Arnaz genes. So thank you all for stating the obvious 👏🏼👏🏼👏🏼 I empathize with actual celebrities who have to read shit about them every day, so sad, so many trolls and mean gremlins on the internet.