There is a #NewTeacherChallenge that has parents showing pictures of people with disabilities to their children to film their reactions. 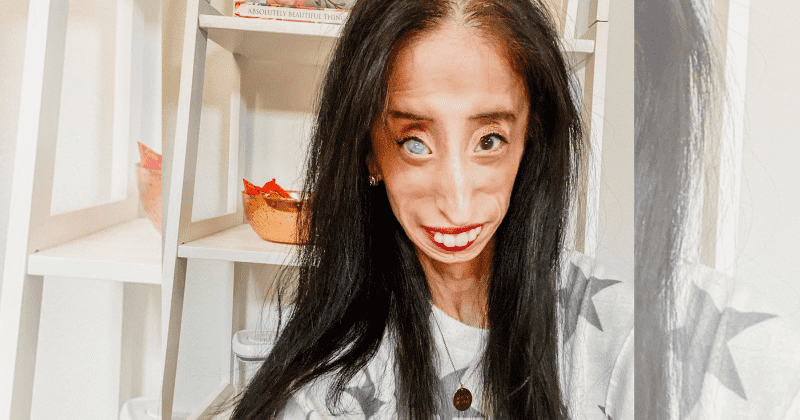 Lizzie Velasquez is a motivational speaker who was born with a rare genetic disease that causes an aged appearance. She recently spoke out against a viral TikTok challenge stating that her photo was used in a cruel trick involving children. On August 31, Velasquez, 31, posted a plea to social media urging parents to refuse the new and viral #NewTeacherChallenge. According to her, she has seen at least one woman use her own image to prank a child into believing she was his teacher for the upcoming school year, People Magazine reports. "TikTok, I need your help," Velasquez, a Texas native, said in a video message posted on her social media accounts.

Parents on TikTok are mocking people with disabilities.

"This trend where you are pretending to FaceTime someone who is either disabled or is a baby or just it's some crazy mugshot and you’re showing it to someone to get their reaction to saying, ‘Oh hey, talk to this person’ just to get a quick laugh, this is not funny!" she continued. "This is not a joke."

To those who are not acquainted with Velasquez yet - she was born with Marfanoid-progeroid-lipodystrophy syndrome. That is a rare condition that brings about an aged appearance on the individual due to a lack of subcutaneous fat, according to an entry in UniProt.

I'm sorry Lizzie. Parents should know better than this. It is not a joke. It seems that instead of working towards more compassion and love, this Country is turning to hate and ignorance. Take care.

"An autosomal dominant syndrome characterized by congenital lipodystrophy, a progeroid facial appearance due to lack of subcutaneous fat, and variable signs of Marfan syndrome. Clinical features include premature birth with an accelerated linear growth disproportionate to the weight gain, ectopia lentis, aortic dilatation, dural ectasia, and arachnodactyly. Mental and motor development are within normal limits," the website said. The video which Velasquez posted with the message has now been viewed nearly 1.5 million times on Instagram. The clip showed an example of the viral #NewTeacherChallenge and an instance where her image was used. In the video, a woman shows a picture of Velasquez to a young boy, and he backs away while appearing to be scared.

this shit is soooooooooooo wrong she seems to be a caring beautiful person since I've been following her, keep doing what your doing Lizzie and Tik Tok sucks anyways

Such acts also promote shaming and being terrified of people who appear to have different physical characteristics from most others. Young children are not aware of genetic conditions or a wide range of diseases and disorders. They may assume that people who aren't like them are automatically a threat. “If you are an adult who has a young human in your life, please do not teach them that being scared of someone who does not look like them is okay,” Velasquez said. "Please, everything that these kids need to know about having empathy and being kind to one another starts at home."

"This is not okay, this is a trend that needs to stop," she concluded her video. "We are human and we have feelings, so please keep that in mind."

Lizzie Velasquez is an amazing human being any one of us would be lucky to meet and we should all listen to her every time she speaks and appreciate everything about her.https://t.co/IAMriQPX4O

Velasquez has had many encounters where she had to confront bullies on social media in recent years. When she was just 17, she was the subject of an upsetting YouTube video that deemed her as the "ugliest woman in the world". Aside from that, in 2016, there was a picture of Velasquez that was featured in viral memes that shamed and mocked her appearance. All these incidents and the recent viral TikTok trend motivated Velasquez to write a heartfelt post in an effort to remind others that memes using their images can be hurtful. In a positive counteraction to the #NewTeacherChallenge, Velasquez shared a TikTok video of a mother showing her son a picture of "her friend Lizzie," and asking what he thought of her. "She looks really nice," the boy says. "She does look nice, doesn't she?" the mom responds. "Hopefully you can meet her in person one day."

Some ppl are the worst this planet has to offer. We speak of demons and devils as if they don't already live here. Insensitive idiots