The poor animals can be seen living in cramped conditions while looking very tired and unhappy. 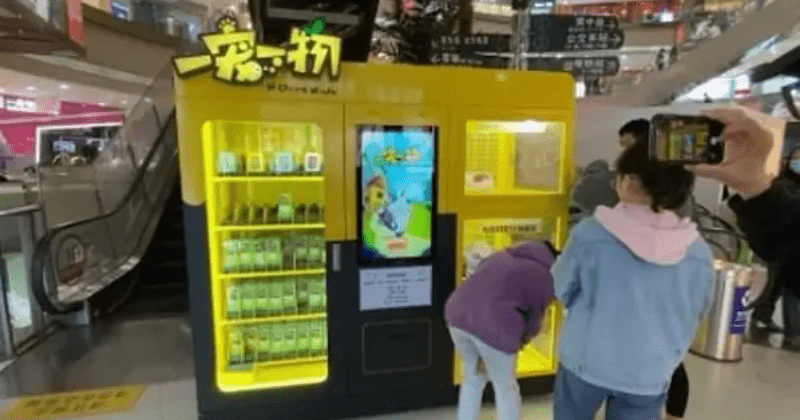 Animal rights and the ethical treatment of animals has been a major issue in China and has attracted a lot of criticism from other countries for a long time now. There are currently no nationwide laws in China that explicitly prohibit the mistreatment of animals. In a shocking find, several kittens and puppies were found living inside a game machine, to be given away as prizes in China. These animals have been freed after they were discovered inside a machine at a shopping center in Shanghai. After news of this broke out locally, there was public outrage in the country which has for the longest time been heavily criticized for their treatment of animals. A video was shared with Weibo, the popular Chinese social media app similar to Twitter where the animals were shown living in cramped conditions while looking very tired and unhappy, DailyStar reported.

The company that planted and operated the machines is called Yi Chong Yi Wu, and have since been forced into making a public apology. The machines have been shut down following the outcry and social media rage. The entire incident allegedly started when Ju Xiaowen, a Chinese supermodel shared the video with her three million or so followers on Tuesday. In the video, the game machine was shown to be fitted with cages, with one of them containing three kittens and another with dogs. There was also a set of instructions that claimed that users could win the 'top prizes' (ie. the animals) for playing an on-screen game that was programmed onto the machine.

Since its upload, the short clip has been seen over 1.2 million times and has attracted attention from public and animal rights organizations. They have deemed these machines as 'outrageous' and rightly so. One person commented: "Oh my god, putting live animals in the machine like that is so dangerous. Is this company out of their mind?" Another said: "Pets should be treated like family members, not as gifts or prizes!" Major animal rights organization PETA also joined the increasing number of people calling for the machines to be removed and the animals rescued.

Absolutely no respect for animals 🤬

They told Daily Mail: "Animals aren't disposable toys, "It's not a harmless arcade game but rather a matter of life and death. Live animals - including lobsters, turtles, and crabs - are commonly sold in claw machines across China. "They can easily be hurt by being repeatedly dropped, and some have been left to endure a painful death from dehydration or starvation." Yi Chong Yi Wu meanwhile quickly removed the machines on Wednesday following the heavy criticism they received. After issuing their online apology, the company claimed that the machine was put into the shopping center only last Friday, as part of a Halloween event. The company also said that staff members were required to clean the cages and feed the poor creatures several times a day. They went on to add that these animals were taken out of the cage and looked after by vets in the evenings.

Chinese views on animals have neither the depth or the warmth of the female reproduction organ. Animals are either treated as food, a trendy accessory or a potency agent. I swear the human race is getting stupider by the minute. Maybe the Corona virus is nature’s way of payback.

According to the company's statement, the alleged reason that the animals looked so tired in the video was "due to bad ventilation of the machine" A statement read: "We have sincerely understood the suggestions raised by netizens. At the same time, we decided to shut down the project for rectification, "The machine will not be placed in crowded places such as malls before a new plan is released. Meanwhile, we will improve the problems of the machine and the interactive process." Overall, there were up to 14 pets that were displayed in the machine, and have since been rescued. These fortunate animals will be put up for public adoptions, the company said, with a promise never to repeat such a thing in the future.