Each of the studs has been designed to correspond to the numbers and letters in the Braille alphabet. 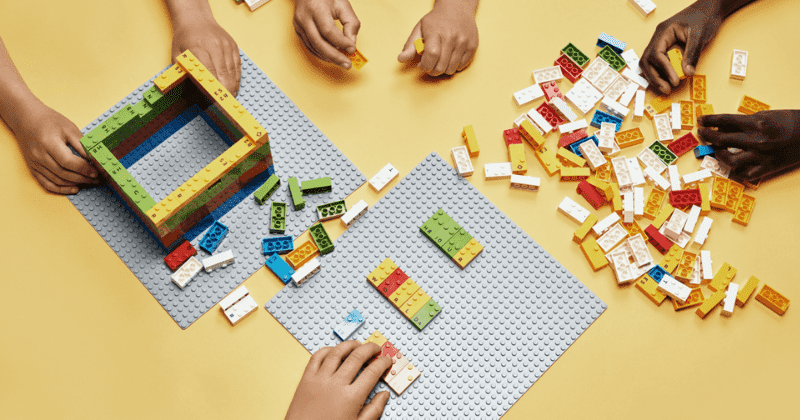 The charitable arm of LEGO, the LEGO Foundation will distribute its Braille Bricks in 2021. They were supposed to be released this year, but they were a few delays reports Brick Fanatics. These Braille Bricks will help visually-impaired children learn Braille in a "playful and engaging way" according to their website.  It states, "Each brick in the LEGO® Braille Bricks toolkit retains its iconic form, but unlike a regular LEGO® brick, the studs are arranged to correspond to numbers and letters in the Braille alphabet. Each brick shows the printed version of the symbol or letter, allowing sighted and blind children to play and learn together on equal terms. This ingenious combination of features opens up a whole new world of playful learning that teaches children Braille in an enjoyable and tactile environment."

According to the American Printing House for the Blind, only 8.4 percent of visually impaired children actually read Braille. The statistic was as high as 50 percent in 1960 and the advent of audiobooks and voice-to-text technology is taking over and replacing the braille language.

"There is a direct link between Braille literacy and likelihood of getting a job; it's as simple as that,"  said Steve Tyler, director of assistive technology at the U.K.'s Leonard Cheshire Disability. "If you are literate, if you can read and write, you are more likely to get a job." Philippe Chazal, treasurer of the European Blind Union, said in a statement: "With thousands of audiobooks and computer programs now available, fewer kids are learning to read Braille. This is particularly critical when we know that Braille users often are more independent, have a higher level of education and better employment opportunities." Chazal continued, "We strongly believe Lego Braille Bricks can help boost the level of interest in learning Braille, so we're thrilled that the Lego Foundation is making it possible to further this concept and bring it to children around the world."

The Royal National Institute of Blind People (RNIB) also stated that 1,077 children in England were actively learning Braille in 2017. That was a portion of an estimated 21,900 visually impaired children in the entire country, and it turned out to be just under 5 percent. David Clarke, director of services at RNIB was optimistic that the bricks would "improve education for children with vision impairment and encourage inclusion" "Thanks to this innovation, children with vision impairment will be able to learn braille and interact with their friends and classmates in a fun way, using play to encourage creativity while learning to read and write," Clarke added.

"I am moved to see the impact this product has on developing blind and visually impaired children's academic confidence and curiosity already in its infant days," Morten Bonde, the senior art director for the Lego Group said. "Experiencing reactions from both students and teachers to Lego Braille Bricks has been hugely inspirational and reminded me that the only limitations I will meet in life are those I create in my mind."

The Smithsonian Magazine reports, "Currently, Lego has developed sets covering Danish, English, Norwegian and Portuguese, but will also have French, German and Spanish versions ready to go by the 2020 launch date."