trending celebrity people lifestyle news animals
Woman Kills 2 Boys With Her Car Right In Front Of Their Parents, They Were On A Marked Crosswalk

Woman Kills 2 Boys With Her Car Right In Front Of Their Parents, They Were On A Marked Crosswalk

Rebecca Grossman is the former publisher of Westlake Magazine and the co-founder and chair of the Grossman Burn Foundation. 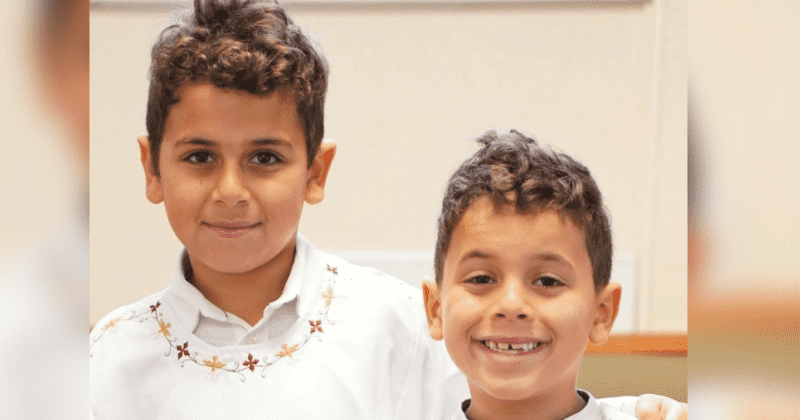 Two young brothers were killed on September 29 after a Los Angeles socialite hit them with her car in a suspected DUI crash. The boys identified as Mark, 11, and Jacob Iskander, 9, were crossing the street in Westlake Village when Rebecca Grossman, 57, allegedly ran over them with her white Mercedes. While one of the boys died on the spot, the other was taken to a hospital, where he was pronounced dead a few hours later, according to the Los Angeles County Sheriff’s Department.

RELEASED ON BAIL: Rebecca Grossman, co-founder of the Grossman Burn Center, posted $2 million bail and was released just after midnight, following her arrest in a DUI crash that killed 2 young brothers in Westlake Village. https://t.co/DGoW0w8kxJ pic.twitter.com/XB1jLyoVkD

According to Los Angeles Daily News, Grossman is the former publisher of Westlake Magazine and the co-founder and chair of the Grossman Burn Foundation. The police added she had left the scene of the crash. She's currently being held on a $2 million bail and has yet to enter pleas to the charges against her. The Sacramento Bee also reported that the boys were with their parents when the incident took place. “The family was in a marked crosswalk,” LASD Capt. Salvador Becerra told the publication. “As [their mother] realized two cars were speeding her way, she was able to reach out and grab one of her children off of a Razor scooter, with another child in the stroller as the car entered the intersection and hit the other two.”

She is not co-operating with the sheriffs.

She is a millionaire and is co-founder of Grossman Imaging.

And she could not be bothered to get an Uber. pic.twitter.com/WK5TT6RzQn

The Sacbee report also noted that she was under the influence of alcohol at that time. “It’s senseless because it could have been avoided by using Uber or Lyft or even calling a friend,” Becerra added. “Now, two Westlake families are going to be affected by this for generations.” According to KTLA, it wasn't just Mark and Jacob who were at the receiving end of the crash. The boys' mother said that there were, in fact, two vehicles that were speeding towards them. She managed to pull two of her other children to safety but couldn't save the two boys who were struck by Grossman's car. The police are currently on the lookout for the other vehicle.

The authorities found a scooter and a set of rollerblades near the crash site, KABC reported. Those who reside in the area said the Triunfo Canyon is a popular place to walk as it has a great view of Westlake Village’s lake. However, they argued that most drivers fail to notice the 45 mph speed limit. “I know on this street, they really do speed quite a bit throughout the day,” Robert Heninger, a resident told Sacbee.

Flowers mark the spot where two brothers, 11 & 9, were killed last night while crossing a street in #WestlakeVillage . Deputies have arrested Rebecca Grossman, 57, in a case that involves DUI & possible #StreetRacing pic.twitter.com/LKbENieprI

Authorities have not yet confirmed whether Grossman was speeding at the time of the accident. But they said the street could have been dark after the sunset. “When it’s dark, it can be hard to see people that are out, but the driver should be paying better attention,” Heninger said. Meanwhile, another resident, Paolina Bartalucci said that she hopes the fatal crash is a wake-up call to ensure the street becomes safer for walking. “I was just telling my friend that there should be a stoplight, or something placed here — a stop sign? — to kind of deter people from speeding,” she said.

Church members pray for 2 brothers killed after being hit by a car in Westlake Village. They tell us the boys, Mark (11) and Jacob (9) Iskander were deacons at the church, full of life. Rebecca Grossman was arrested charged with 2 counts of vehicular manslaughter. @CBSLA pic.twitter.com/fwG1gYpkHr

A vigil was also recently held in the memory of the young brothers. “Lack of thought, or lack of time spent thinking what my consequences might be, has impacted thousands of families,” one person who attended the vigil told the publication.

Investigators have asked those with any information on the crash to come forward and contact Malibu/Lost Hills Sheriff’s station’s traffic investigators at (818) 878-1808.