Kurt Russell Thinks Celebrities Should Not Speak On Politics: "We Are Court Jesters"

The Christmas Chronicles star compared actors to "court jesters" who should only entertain and not make political statements. 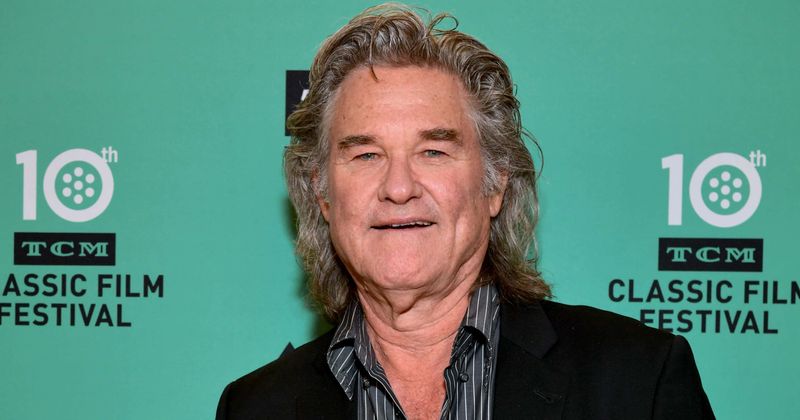 While many actors and people from Hollywood voice their political opinions and preferences vociferously, Kurt Russell does not think this is the right way to go about things. In a recent interview with The New York Times, he said actors should not play any part in trying to influence people politically with their celebrity status and fame. He compared actors like him to "court jesters" whose job is just to entertain. They need to "step away" from engaging in any political talk, stated Russell. He was answering a question posed to him about actors weighing on politics. "I’ve always been someone who felt we are court jesters. That’s what we do. As far as I’m concerned, you should step away from saying anything so that you can still be seen by the audience in any character," said Russell.

“I’ve always been someone who felt we are court jesters. As far as I’m concerned you should step away from saying anything so you can still be seen by the audience in any character”

He added, "There’s no reason entertainers can’t learn just as much as anybody else about a subject, whatever it is. But I think that what’s sad about it is that they lose their status as a court jester. And I’m a court jester. That’s what I was born to do." He did, contradictorily, point out that court jesters are the only ones who could "put the king down." He said, "A court jester isn’t always funny. A court jester is the only one who can walk into the castle and put the king down as long as he doesn’t hit too close to home. I think that’s been a big, important part of all cultures throughout history, and I’d like to see it stay in ours." His longtime partner Goldie Hawn, who was also part of the interview, pointed out that even actors can go on to become politicians.

Actors are perfectly entitled to express their political opinions. What I don't understand is why anyone thinks their opinions are particularly worth listening to.

She highlighted the case of Ronald Regan who became the 40th President of the United States. Russell replied, "Like I said, actors can learn as much as anybody" to which Hawn stated that politics was a "personal choice whether you want to get into that." She added, "The one thing I don’t agree with is that just because we have a platform we always have to use it. That is our choice." According to the Associated Press, there had been a case of fake news about Russell supporting President Donald Trump. It was claimed on social media that he had praised Trump as “dedicated & determined” and someone he looked to for courage. A photo of the actor had been doing the rounds on social media with a quote from him.

Me: fuck you, Kurt. Everyone should talk politics, otherwise we get a con man as President because nobody has any clue what politics are or what they affect. https://t.co/pdlAL2MFCm

The quote apparently read: “Donald J. Trump is relentless."I’ve never seen a man so dedicated & determined. I’d like to think I would be as courageous as he is, but I just don’t know. The world is after him & he stands there in the face of pure evil, rock solid and ready to fight for us. God bless this brave man.” The picture and the quote, the publication stated, had been shared with the hashtag #VoteRedToSaveAmerica. But this was a "fabricated" quote, it added. The publication even got in touch with representatives of the actor who denied ever saying the same. Not just Russell, a few other actors have also stated the same thing about the need for their colleagues to stay out of politics. In an interview in 2016, Mark Walhberg said, “A lot of celebrities, did, do and shouldn’t (give their political opinions. You know, it just goes to show that people aren’t listening to that anyway."

I agree with Kurt Russell that any artist who remains quiet in the face of a fascist autocracy and a mass casualty event is a self-serving moral coward.

He added, "They might buy your CD or watch your movie but you don’t put food on their table. You don’t pay their bills. A lot of Hollywood is living in a bubble. They’re pretty out of touch with the common person, the everyday guy out there providing for their family.”