She revealed details of the horrific incident when she appeared as a guest on Ellen's show. 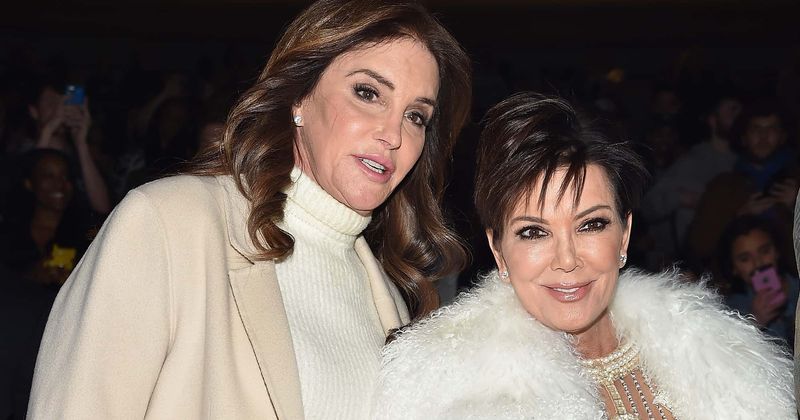 In a candid interview bordering on TMI, Kris Jenner revealed that she and her ex, Caitlyn Jenner had sex when a 10-year-old Khloe Kardashian and her friend hid under their bed during a game of hide-and-seek. Jenner, 65, shared the story while appearing on The Ellen Degeneres Show on Thursday and recalled the details about the horror incident. Speaking to Ellen, Jenner said Khloe and her friend "stayed there for a long time" even before she and Caitlyn "came into the bed and went to sleep" and even had "a little bit of hanky panky going on", PEOPLE reports.

"So that was traumatizing," Kris said, jokingly, adding that her daughter "has PTSD over that one." When DeGeneres prodded Jenner on how they found out the two were under the bed, she shared: "They were so scared — they stayed there for hours — and in the middle of the night when they were sure we were both asleep, they snuck out and we caught them sneaking out."

This isn't the first time the incident has been revealed to the public. Back in 2016, Khloe opened up about the horrifying incident during an episode of her talk, Kocktails with Khloe. Per The Huffington Post, she said: "I was playing hide-and-go-seek when I was younger and I fell asleep ... under my mom and [Caitlyn]'s bed. And I woke up to the bed shaking and I was too scared to leave, so I had to wait for the whole thing."

Revealing the incident in front of guests David Arquette and Taye Diggs, she said she became aware of the "wild" situation above them when she heard the pair moaning. "My mom feels bad about it still," she shared about the impact. "We talk about it all the time. I'm like, 'You guys, I'm scarred for life. That's why I am the way that I am.'" In her visit on the DeGeneres show, Kris also shared details of Khloe's plan to expand her family. "I mean, I think it's so great that they want to do that again and have a sibling for True, because there's nothing better than a big family and brothers and sisters, and that's just my heart," Kris said. "So, I'm really happy. I just want them to be happy."

She noted that True would be excited about having a sibling. True is Khloe's daughter with Tristian Thompson, who is set to turn three in May. In true Ellen fashion, the 63-year-old then joked if "the other kid be named False?" and drew a laugh from Kris. "That's a good one!" she said. In other Jenner-Kardashian family news, all the children along with the matriarch spend Easter Sunday together in Palm Springs in honor of the holiday. In attendance were Kris Jenner and her five daughters and son Rob Kardashian.

The day began with a "family walk" before the brothers and sisters played some golf together, with each family member getting their own custom bag as well as a golf cart. "The family that golfs together..." Kim, 40, wrote alongside one post. "Happy Easter and thank you @callawaygolf #irvingazoff for making our Easter so special!!! 🙏🐰🐣🐥🙏 and thank you for the @coreygamble @realtristan13 @travisscott @travisbarker that are already on the golf course!!!!!!! LOL #impatient," the reality star shared.