The 18-year-old is a high school senior and works at the local Kroger to support his family. That is where he met the elderly man. 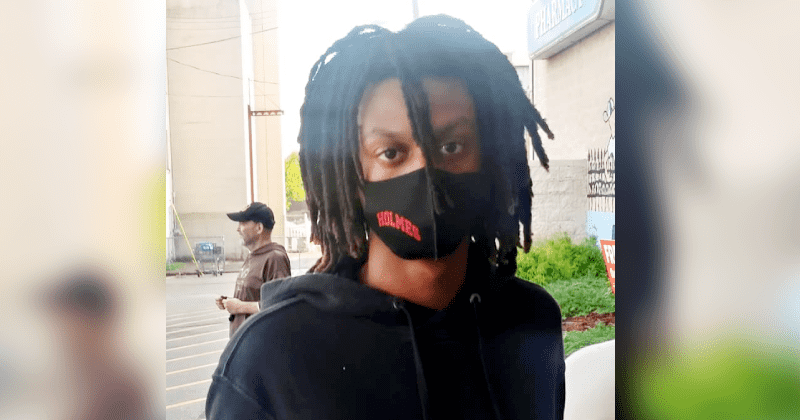 When 18-year-old Teo Jordan watched an elderly man struggling to pay for his groceries at the checkout counter, he didn't hesitate to shell out his own money. The Coronavirus pandemic has caused a health and financial crisis in the United States, and cost millions of people their jobs. It goes a long way if we can show some kindness to a stranger during these tough times and the 18-year-old was doing just that. Teo Jordan of Covington, Kentucky, is a high school senior and works as a bagger at a local Kroger to support his family.

He was standing by the checkout lane at the store when he realized that the elderly man ahead of him didn't have enough money to buy all the groceries he had wanted. The cashier asked him to return some of the groceries he had intended to buy. That's when Teo intervened and promised to pay the difference for the elderly man, reported WLWT 5. Teo said he didn't think twice about helping the man. “I saw that he didn’t have the money for all the groceries that he wanted. The cashier told him he would have to put some of the things back, so I just thought in my head I would give him this $35 so he could have all the food that he wants.”

Teo had been saving money he had earned from his gig as a bagger to buy a car, but he didn't hesitate to help when he saw another man in distress. He shelled out $35 to help the elderly man take home the groceries he required. Brian McCarty, another customer at the store, commended the teenager for his gesture in a Facebook post that went viral in no time. One of the news stations that had covered his act of generosity gifted him a $1,000 scholarship for college!

"Young Mr. Jordan who was bagging his groceries took $35 out of his own pocket to pay for the difference. He did it very discretely and didn't bring embarrassment to the old man. I don't even think the old man realized the generous donation by this kid but I noticed. For those that gripe that millennials aren't worth much, Mr. Jordan showed that they are doing amazing things and we might get through these times and be ok. Thanks, kid. You are a good soul. The world needs more people like you," wrote McCarty, before adding, "I am hoping it gets shared and makes it back to his family to show what a good man they are raising." His mother did find out about her son's generosity and said she was so proud of him. “I’m overwhelmed with joy. You try to instill in your kids right and wrong but you don’t know if they comprehend, so yes I’m very proud,” said his mother, Stephanie Burton. Teo Jordan is hoping more people act to help others. “Just treat people the way you want to be treated (and) always help out if someone needs it,” added Teo.

Well done to this young hero for paying the ridiculous Ryanair baggage charges for a distressed mother travelling with 3 kids (who wasn’t getting any leniency from ground staff). The flight from Ibiza to Stansted was half empty, not sure what difference a few cm would make. pic.twitter.com/RosvQKh8tw

In a similar incident recently, a kind man stepped in to pay the "ridiculous" baggage fee of a concerned mother at Ibiza Airport, reported The Daily Mail. The two passengers were to set to board the Ryanair flight when the mother-of-three was told that her bag was too big to be carried on board. The distressed mother looked helpless as the staff told her she had to cough up close to $65 as a baggage fee at the Ibiza airport. The mom's interaction with the staff was being recorded when a young Black man stepped up and offered to take care of it for her. The woman looked at him gratefully and buried her face in her hands as he comforted her. "Don't worry I'll pay for you," the man can be heard saying in the video. He then walked up to the desk and handed over his card. At a dark time like this, we could all do with being kind and helping out the people we can.