Keanu Reeves Lost His Only Child On Christmas Eve 1999. 21 Years Later, He Still Carries The Pain

The actor has been candid about how grief has shaped his perspective on life. 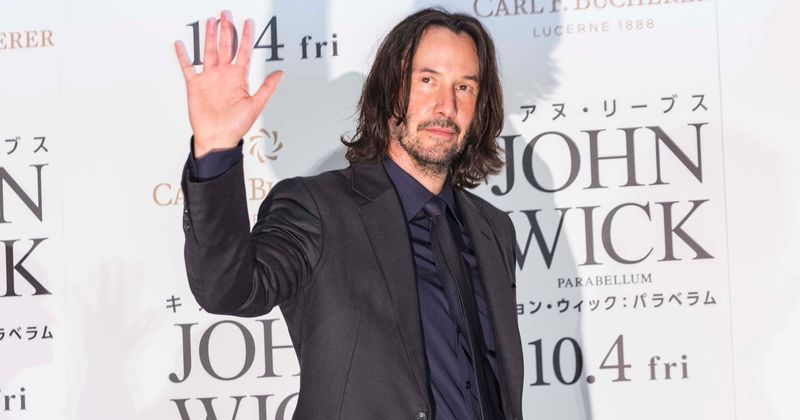 Keanu Reeves is known as one of the nicest actors in the business and oft-touted for his acts of kindness. Whether it's giving up his seat to a woman on a subway, being friendly with fans, or giving up part of his salary to his crew members, there are plenty of reasons why the actor is beloved. One would hardly guess that the John Wick star has experienced a life unlike any of his peers—one filled with pain, heartbreak, and insurmountable sorrow. He's lost his best friend, his girlfriend, and also his baby daughter. Back in 1993, his best friend River Phoenix, the brother of Joaquin Phoenix, died of a drug overdose at the age of 23, as per a PEOPLE report. Five years on from this terrible incident, he met Jennifer Syme in 1993 at a party and they soon began dating. Over a year into their blissful relationship, another tragedy struck—Syme gave birth to a stillborn daughter during Christmas eve of 1999, per Fabiosa. The couple organized a funeral for the baby and began to drift apart, before eventually breaking up but still remaining friends and on good terms. Two years on from this, Syme passed away due to a car crash.

These gut-wrenching incidents have shaped Reeves into the actor we see today—one with a boundless capacity for kindness and an unparalleled work ethic, but who never seems to smile or laugh wholeheartedly. His response to Parade about grief paints an image of where the Canadian actor's deep sense of melancholy arises from. According to Daily Mail, he said: "Grief changes shape, but it never ends. People have a misconception that you can deal with it and say, 'It's gone, and I'm better.' They're wrong. When the people you love are gone, you're alone. I miss being a part of their lives and them being part of mine. I wonder what the present would be like if they were here - what we might have done together. I miss all the great things that will never be. Damn it! It's not fair! It's absurd. All you can do is hope that grief will be transformed and, instead of feeling pain and confusion you will be together again in memory, that there will be solace and pleasure there, not just loss."

Despite all he'd been through, Reeves is not one to give up, and states he was at a "turning point" at that time. "I don't want to flee from life," he said. "I know the beauty of it." When questioned on whether his sense of loss had changed him as a person, the now-56-year-old said:  "I'm trying not to be alone so much. And, man, it's a struggle. I want to get married. I want to have kids. That's at the top of the mountain. I've got to climb the mountain first. I'll do it. Just give me some time." His gradual recovery from all the tragedies in life is truly remarkable, and he's bounced back to come out stronger than ever, and he's even found love again, in life and in the things he does. The actor is said to be dating 47-year-old visual artist Alexandra Grant in a courtship that began at a dinner party in 2009. The couple has since worked together to bring two books into the world—Ode to Happiness (2011) and Shadows (2016), the latter of which was Reeves's foray into writing, per PEOPLE.

In an interview on The Late Show With Stephen Colbert, Reeves left the host dumbfounded with a straightforward yet profound response to a question. When asked, "What do you think happens when we die, Keanu Reeves?" Reeves replied, "I know that the ones who love us will miss us." The studio audience in attendance was at a loss for words considering Reeves' tragic past, and it struck a chord with Colbert as well.