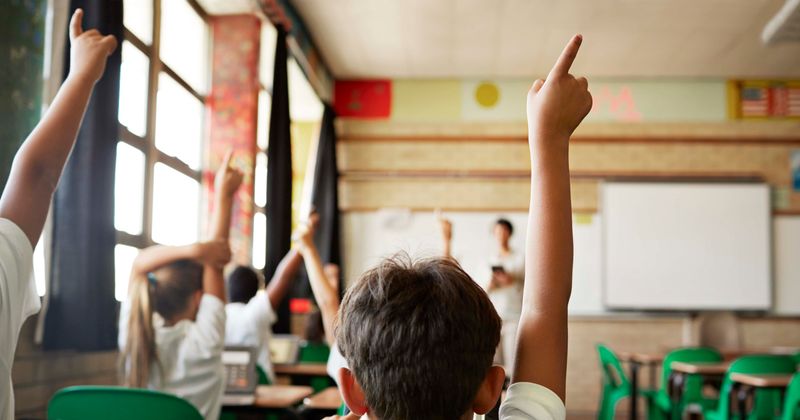 "Literally parents are supposed to say to their kids, May I hug you?" noted one parent. A mother stated that another parent told her, "I’m paying $50,000 to these a–holes to tell my kid not to let her grandfather hug her when he sees her?" Fonte's lessons for first graders also had subjects like one's gender assigned at birth, gender expression, and gender identity. "Kids have no less than five classes on gender identity — this is pure indoctrination," said one Dalton mother.

“What we are seeing across the country is that many schools have lost sight of the purpose of education, and are hiding curriculum and teaching materials from parents.” https://t.co/7DpPCx8kge

"This person should absolutely not be teaching children. Ironically, she teaches kids about ‘consent’ yet she has never gotten consent from parents about the sexually explicit, and age-inappropriate material about transgender to first-graders," she added. Another anonymous mother told the outlet: "We are furious. We were horrified to learn this was shown to our first-grade 6- and 7-year-old kids without our knowledge or consent. But it’s so hard to fight back because you’ll get canceled and your child will suffer." All the parents who spoke up did so on the condition of anonymity as they feared retaliation.

Vivek Ramaswamy, the author of the forthcoming book WOKE INC, appeared on "America Reports" and noted that the most shocking thing about the incident was that parents were afraid to speak publicly in fear of retaliation. "Parents are paying $50,000 a year to send their kids to this school and yet they were afraid to speak on the record," said the Biotech entrepreneur, according to Fox News. "They had to speak anonymously for fear of retaliation."

In an ideal world... Unfortunately a lot of parents don't until they pick up the cues that their kids are sexually curious. By then somebody is pregnant or about to become a father.

"Ultimately, there is a new bludgeon in this new toolkit teaching kids not only about not only sexual identity, transgenderism, a whole range of age-inappropriate topics for first-graders, now the people who really wield power are the people who say that ‘hey if you don’t pass that class, you get a bad grade at school, if you get a bad grade in school you can’t get into the college you want," he said, adding that schools need to focus more on other curricula like math and civics education.

Defending the sex-ed lessons, a Dalton spokesman told New York Post that the videos were approved for students who were 4 years or older. "These videos align with nationally recognized methodologies and standards. We consistently review our health curriculum, making sure that the content is developmentally appropriate and, if necessary, we adapt our curriculum accordingly. We will continue to listen carefully to parent feedback, respond thoughtfully to community concerns, and develop lessons that are in the best interest of our students, respect our community’s values, and correspond with best practices," he said.