John Travolta Recalls Dancing With Princess Diana At The White House: "It Was A Magical Moment"

The actor recently opened up to 'Esquire Spain' about dancing with the Princess and remembers just how special the experience was. 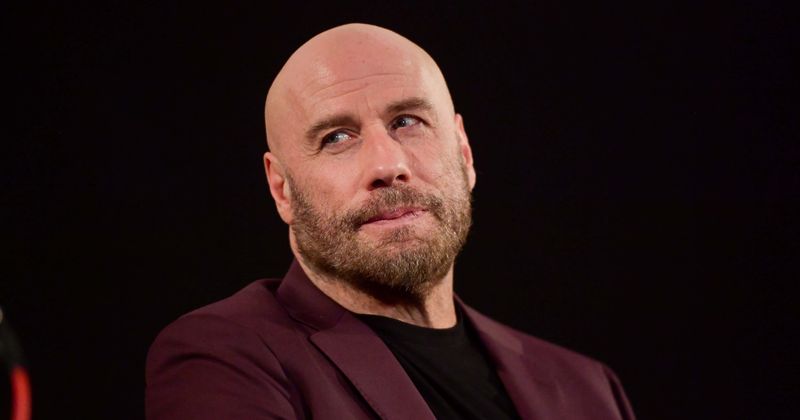 It takes a special pop culture moment to be remembered fondly even after 36 years. And this particular one is as iconic as its gets. We're talking about a handsome, A-list Hollywood actor, famous for his smooth dancing moves, and a real-life princess breaking a leg at the biggest of venues —the White House. That's right! This is about John Travolta and the late Princess Diana sharing the floor for a performance in 1985, a memory the actor remembers to be a "magical moment", TODAY reports. Recently, the 67-year-old spoke to Esquire Spain about the event and explained what went on in his mind before he invited the People's Princess to dance with him. "There must be a reason to do this, and I better give it my all ..." adding that it was a "great privilege and honor".

Even though Travolta made the performance look effortless, he admitted that it wasn't "easy" at all. For him, the dance was just muscle memory, but plucking up the courage to ask her for dance wasn't. "That was the easy part, but introducing myself to Diana in the proper way, conveying confidence, and asking her to be my dance partner was a complicated mission." Having the nerve to ask Princess Diana would have been intimidating even for the best of people. She had already been married to Prince Charles, Britain's heir apparent, for four years and had given birth to her second son, Prince Harry, a year earlier. Her appearance at the White House also marked a special occasion as the Prince and Princess of Wales were on their first-ever joint visit to the US.

Digging deeper into the memory, Travolta added: "Think of the moment. We are in the White House. It's midnight. The whole scene is like a dream. I go up to her, touch her on the shoulder, ask her to dance. She turns around and when she sees me, she displays that captivating smile, somewhat sad, and accepts my invitation." The next few moments were nothing short of a masterpiece as their small performance exceeded all expectations, one that Travolta is immensely proud of. "There we were, dancing together like in a fairy tale," he recounted. "Who could imagine that something like this is going to happen to you one day? I was smart enough to register it in my memory as a very special, magical moment."

cute but it probably was for her to like a fairytale. john travolta is a smokeing hot man he was then and is still now. he also seems to be such a sweet man and everyone can see the man can dance wonderful. id give about anything to be with him as his new wife but thats up to god

The dance visibly drew a beaming smile from Princess Diana, who according to Travolta, had a "somewhat sad" expression for much of the night. For fans of the celebrity, the night was an iconic memory to hold on to, where the 24-year-old could be seen happily dancing in the Entrance Hall at the White House in a blue gown, designed by Victor Edelstein, and fetched over $340,000 in an auction in 2019.

Pete Souza, the official White House photographer, who captured the photos also revealed that it was an unforgettable night."I made this photograph more than 35 years ago, but remember the moment as if it were yesterday. Apparently, John Travolta does too." Sharing his thoughts on Travolta's interview, Souza added: "The occasion was a black-tie dinner at the White House on November 9, 1985 in honor of Prince Charles and Princess Diana. It is often referred to as a 'state dinner' but since Prince Charles was not a head of state, it was not in fact a state dinner (though it certainly had all the trappings of one).⁣"

"I approach her, touch her elbow, invite her to dance" - John Travolta is reminiscing about his iconic dance with the Princess of Wales. https://t.co/S6pvOWJFh8

Souza shared that Travolta and Diana danced to a medley of music from Saturday Night Fever and that the princess also danced with Ronald Regan, Clint Eastwood, and Tom Selleck.